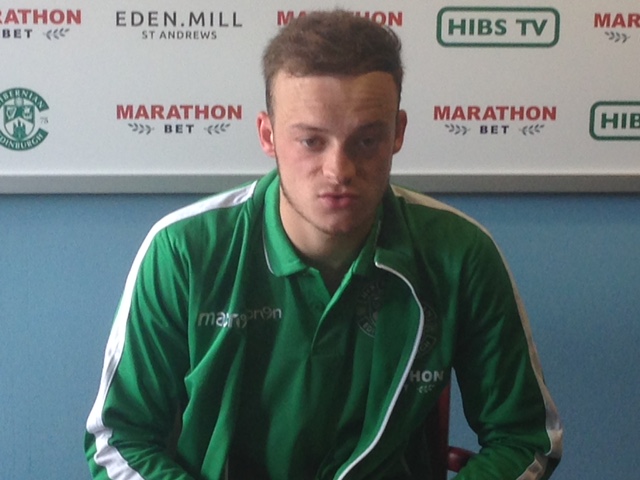 Hibs’ on-loan midfielder Brandon Barker believes that Hibs should have taken all three points at the SuperSeal Stadium yesterday after totally dominating throughout.

The Manchester City youngster provided the assist for  goal with a superb run and pass to Simon Murray who finished with a spectacular strike and he believes that but for some bad luck and a fine performance from Hamilton’s keeper then Hibs would have won comfortably.

Speaking to Hibernian Media immediately after the final whistle, Barker said: “It’s a hard place to come but we thought we dominated, especially in the first half and we thought we should have been three up.

“If we are being honest with ourselves they have one chance and they score which is so disappointing but we put in a good performance and there are a lot of positive to take from the game.

“I was playing in the hole which is enjoyable for me and the gaffer told me to just get the ball when I can and just run and that’s what I did.

“I have a good relationship with Simon (Murray) and I played him in and it was an unbelievable finish from him and it was a good assist from myself but the finish made the goal.

“We had two really good chances but the keeper has made two unbelievable saves.  We didn’t have the luck on our side today.