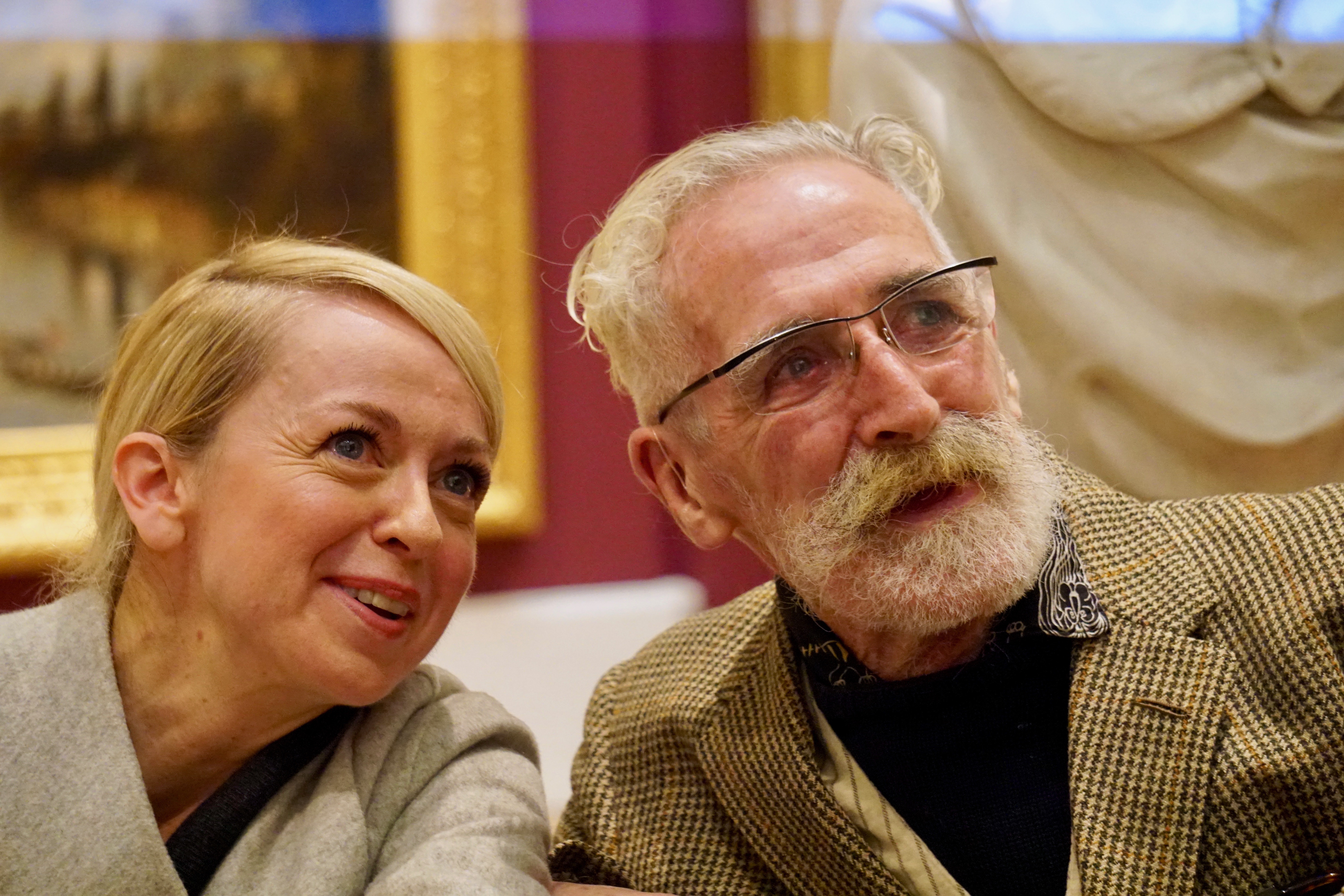 This is a massive exhibition taking over the whole gallery from top to bottom, using works which were originally transferred to the Scottish National Gallery next door, and which have been borrowed back.

In the largest exhibition every mounted at the RSA you are bound to see something you have never seen before.

The partnership between the near neighbours the RSA and the National Gallery of Scotland features work from hundreds of artists over five centuries.

The various rooms follow a very rough chronological path from 1540 with The Adoration of the Kings by Jacopo Bassano to Callum Innes’s Exposed Painting Lamp Black. But mostly each gallery focuses on a subject such as architecture, 19th century print and photography and the changing methods of displaying art over the centuries.

In Gallery 3 the works are hung salon style from dado to ceiling in a manner which would have been used in the Victorian era. Everything from the masters to the Glasgow Boys is crammed into this gallery where we met artists John Byrne and Alison Watt who posed there for us. In Gallery 4 Watt’s own contemporary work is on display along with that of other 21st century artists.

In Gallery 5 the 20th century is depicted by William McTaggart to Barbara Rae.

In Gallery 2 there are works from the 1910 Accord when works were transferred to the National Collection and the RSA gained the rights to the building they now occupy. These works sit alongside Kenny Hunter’s commission of Sir James Guthrie. Every Thursday, in keeping with the Academy’s role as a teaching institution, there will be a live Life School in the upper galleries under the tutelage of John Byrne, George Donald, Jennifer McRae and Robert Rivers. In the lower galleries there will be etching and printing using ES Lumsden’s historic star wheel printing press. These two live galleries will then go on tour to Ayrshire and Linlithgow in January 2018.

Every academician has to submit a diploma work on being elected to the Academy, and work from every discipline on display is taken from the extensive collections held by the Academy. The Diploma collection is the core body of work held by the RSA which was established in 1826.

This is the first time in over a century that the RSA has brought together the 450 works by more than 270 artists and architects. Around 60 of the works are on loan from the NGS.

There are the usual books and accompaniments to go alongside the exhibition, and a range of essays from several Academicians and the curator of RSA Collections Sandy Wood. We spoke with Sandy Wood who told us about the Academy and the exhibition which he co-curated with RSA President Arthur Watson. Sandy is so passionate about this exhibition and gave us a real explanation of where all the paintings and sculptures, photographs and other exhibits have come from.

Ages of Wonder at the Royal Scottish Academy from Phyllis Stephen on Vimeo.