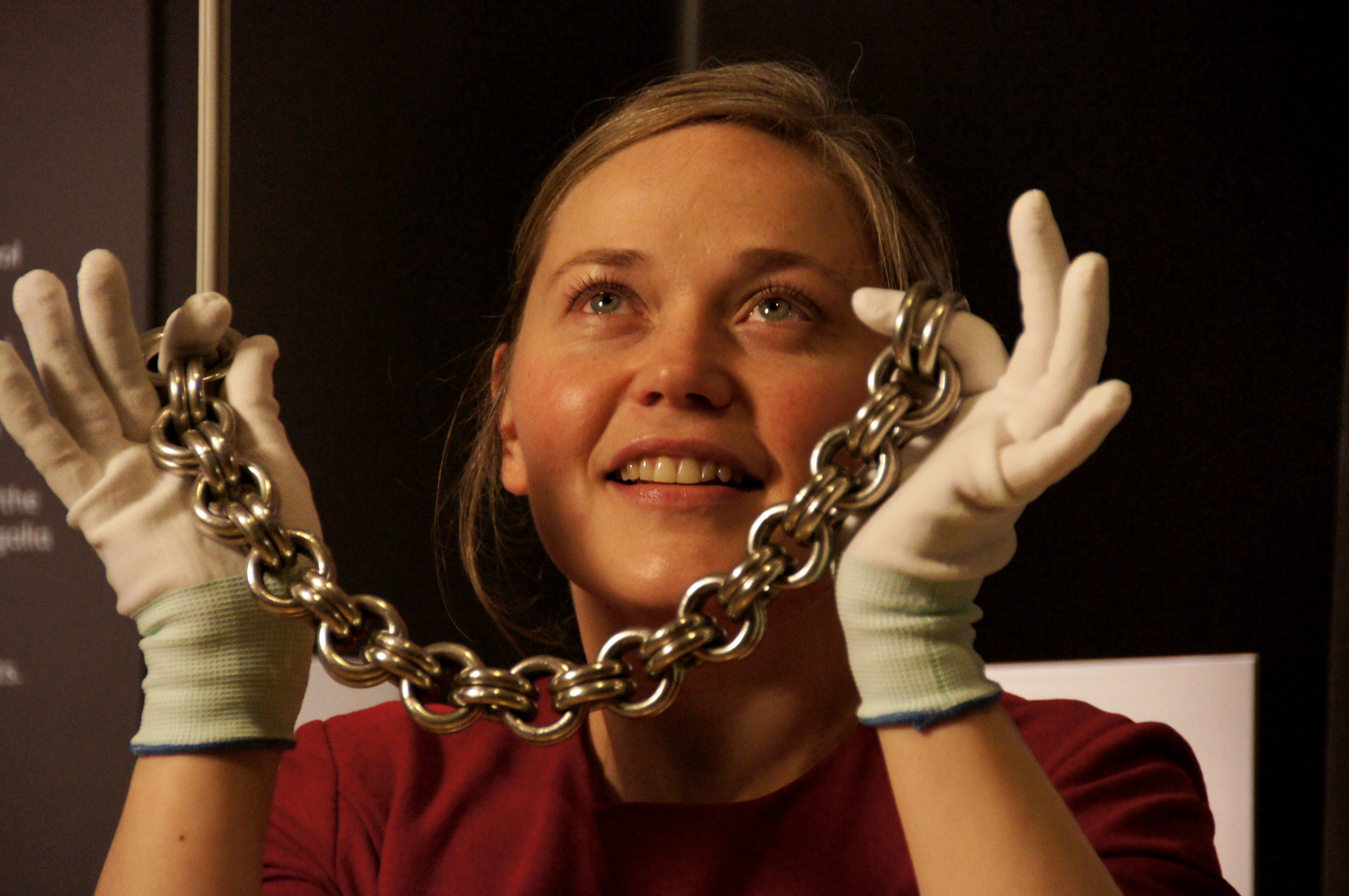 A new exhibition which will run till 25 February 2018 opens at the National Museum of Scotland on 13 October 2017. The exhibition of silver dating from the last thousand years is quite spectacular and results from the research undertaken by Glenmorangie Research Fellow Alice Blackwell. The partnership between The Glenmorangie Company and National Museums Scotland is now in its ninth year.

The silver is in the form of coins, plates and jewellery amongst other pieces which were simply chopped up and which are called hack silver. Much of the earlier precious metal was imported arriving with the Roman Army. But the emphasis of the exhibition lies in showing how it was silver and not gold which was important during the first millennium. Alice Blackwell said : “We’re delighted to be able to showcase the first thousand years of silver in Scotland. This exhibition looks at the most powerful objects made in a new and precious material. It sheds light on the crucial transition from Roman Iron Age tribal society to the first kingdoms in Scotland that emerged in the 4th-9th centuries.

“It’s very exciting to be able to tell a story of a thousand years of power and prestige through the biography of this one precious metal. This research would not have been possible without the long and enthusiastic support of The Glenmorangie Company and we are extremely proud of how our innovative partnership has enriched academic and public understand of Scotland’s past.” Hamish Torrie Corporate Social Responsibility Director of The Glenmorangie Company said:  “We are rooted deep in Scotland and Glenmorangie has been delighted to support the extensive study of the Early Medieval period in an innovative research partnership that is now in its ninth year. The exhibition is another exciting milestone in the Glenmorangie Research Project bringing fascinating material and innovative scholarship into the public eye.” A hoard of Roman silver from Dairsie in Fife, which was found by metal detectorist David Hall in 2014, when he was just 14 years old is included in the exhibition. The Dairsie Hoard dates to the late 3rdcentury AD and is the earliest ‘hacksilver’ from anywhere beyond the frontiers of the Roman Empire.

Hacksilver refers to objects literally hacked into pieces, converted from beautiful treasures into raw silver bullion. Archaeologists think this silver came to Fife as a gift or payment from the Roman world. The Romans could not just rely on the strength of their army – they also used diplomatic efforts to secure the empire’s borders by buying off surrounding tribes.

The Dairsie hoard has given National Museums Scotland staff an additional challenge. As well as being hacked-up by the Romans, the hoard had been shattered by ploughing. Conservators and curators have undertaken a daunting jigsaw puzzle, reconstructing four Roman vessels from over 300 fragments, as well as examining how they had been cut into packages of bullion. There is a book to accompany the exhibition and there will be events during the coming months when you can learn more about the research highlighted by this display which you will find on Level Three in the newer part of the museum.

Scotland’s Early Silver at National Museum of Scotland from Phyllis Stephen on Vimeo.