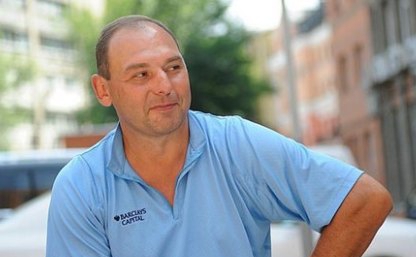 Juris Upitis and Mike Cazzola counted for the visitors who were level at 2-2 after two periods but three goals in 81 seconds early in the final session settled the issue.

Dundee Stars snapped a three-game losing streak with a come from behind 3-2 win at Coventry Blaze in overtime.

The Tayside team, who were second-bottom of the table, were twice behind but a glory treble from Riley Stadel secured the points, his third coming with 34 seconds left of overtime.

In Manchester, league pace-setters Storm secured their fourth win in a row when Mike Hammond netted the game-winner seven minutes into the final session.

Ryan Potulny claimed a double and there were singles from Tyler Shattock and Brendan Brooks as Braehead Clan earned their fourth league win with a narrow 4-3 victory over newcomers Milton Keynes Lightning in Glasgow.

The home side led 4-1 after 32 minutes but it as a nervous final nine minutes after the English side pulled two goals back.