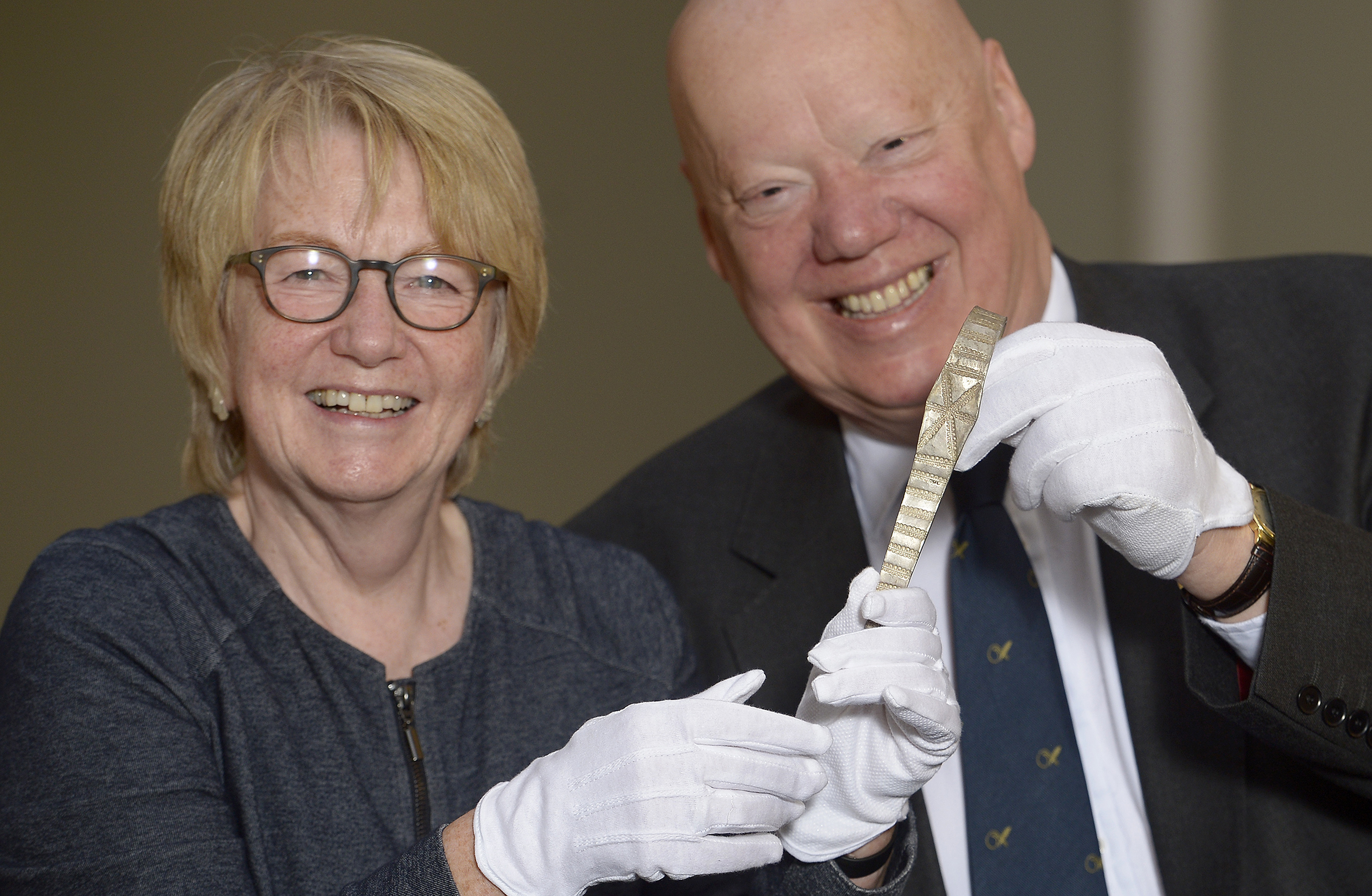 NMS has announced this morning that it has achieved its fundraising target of £1.98 million in order to acquire the Galloway Hoard on behalf of the nation.

A generous funding contribution of £1 million from The National Heritage Memorial Fund (NHMF), £150,000 from The Scottish Government and widespread public support have helped secure the future of the unique Hoard of Viking-age treasures.

The Galloway Hoard was given to NMS earlier this year by the Queen’s Lord Treasurer’s Remembrancer, but on the understanding that it had to be paid for within six months. The Queen’s and Lord Treasurer’s Remembrancer is the Crown’s representative in Scotland who deals with ownerless property. The wide-ranging campaign has sought contributions from trusts and private sources, showing the importance which the curators at NMS place on the objects.

Dr Martin Goldberg Principal Curator of Medieval Archaeology and History said : “We like to think of objects as having lives… Our research will trace the stories of the objects back to when and where they were made, as well as why they were buried at that time and in that place. That range of stories will expand our knowledge of the Viking Age.”

Over 1500 donations from the public appeal have assisted NMS to reach their target of £200,000 to add to the large sums donated by public bodies. Dr Gordon Rintoul, Director of National Museums Scotland said : “I am hugely grateful to the National Heritage Memorial Fund for its generous Grant of £1 million. This contribution has provided the final step to reaching our target and enabled us to save the Hoard for the nation.

“In the last six months we have been overwhelmed by the response from the general public who have got behind our campaign to ‘Save the Hoard’. I am also grateful for the generosity of Art Fund, the Scottish Government, charitable trusts and individual donors.

“I would like to say a personal thank you to everyone who has generously donated to the Campaign, without them this incredible achievement would not have been possible.

Fiona Hyslop MSP, Cabinet Secretary for Culture, Tourism and External Affairs said : “The Galloway Hoard is one of the most important collections ever discovered in Scotland. It is important that the hoard is made available for the people of Scotland and our visitors from around the world to see. I am delighted that National Museums Scotland has been able to secure the necessary funding to acquire this collection for the nation and that the Scottish Government has been able to provide £150,000 of support.”

A selection of objects from the Hoard is currently on display at the National Museum of Scotland until 29 October. Visitors have a small window of opportunity in which to see it before it is taken away for vital conservation.

It is anticipated that the necessary conservation and research work will take around two years before the Hoard will once again be seen at the National Museum of Scotland prior to a national tour.

Further details of the tour will be announced at a later date.