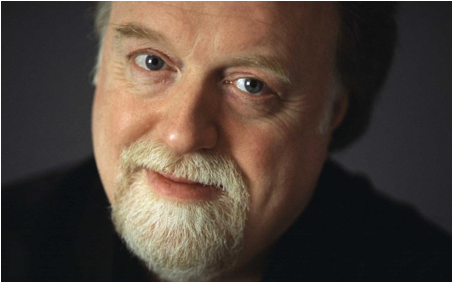 Next Sunday 29 October 2017 at 5.30pm the hall will be brought alive with the sounds of the St Petersburg Symphony Orchestra with Peter Donohoe. The St Petersburg Symphony Orchestra has a distinctive rich sound which has been an important part of its hometown’s history since its beginnings in the 1930s.

They will perform an all Russian programme including two of Tchaikovsky’s most popular works the Romeo and Juliet Overture and his Symphony No. 6 ‘Pathétique’,

Edinburgh audiences will experience one of the best orchestras in the world as part of Usher Hall’s Sunday Classics.

Romeo and Juliet was arguably Tchaikovsky’s first true masterpiece weaving sumptuous melodies together and making full use of the orchestra’s sweeping string section.  Symphony No 6 is a piece which he described many times as “the best thing I ever composed or shall compose”. A work that is about life and death which is full of vivid passion, struggle and pain.

The muscular playing of the St Petersburg Symphony and its rich Russian sound will create an experience to transport audiences at the Usher Hall to deep within the Russian psyche. The orchestra is led by Kazakh conductor Alan Buribayev, chief conductor of the Astana Opera House and Principal Guest conductor of the Japan Century Symphony Orchestra in Osaka. Until last year he was Principal Conductor of RTE’s NSO. Still in his 30s, Buribayev has made a name for himself around the world across a wide range of opera and symphonic repertoire.

Joining them is one of the foremost pianists of our time, Peter Donohoe CBE. He joins the Orchestra for Rachmaninov’s ‘jazzy’ fourth piano concerto, bringing his musicianship, stylistic versatility and commanding technique to the Usher Hall’s Steinway. His performances are described as monumental, charged and compelling and together he and the Orchestra are sure to deliver a memorable performance of this dramatic concerto.

The St Petersburg Symphony Orchestra used to be called the Leningrad Radio Orchestra and is famous for having performed Shostakovich’s 7th Symphony in 1942 whilst the city was under siege. This month marks the 100th anniversary of the Russian Revolution which started in St Petersburg in 1917.

£1.50 transaction fee applies on all phone and online bookings.

Other concerts this year in the Sunday Classics series include: