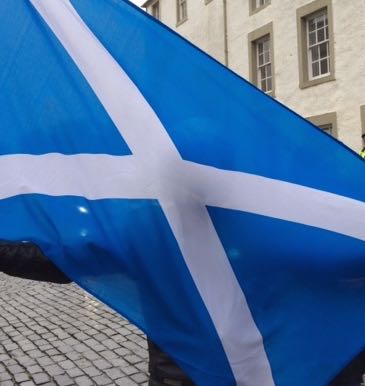 The evening will include food and drink, conversation and music – some written specially for the occasion by local composer Andrew Carvel. That may not sound very suitable for what is seen as a serious, religious anniversary, but Martin Luther was apparently very fond of parties and loved getting together with friends and family to celebrate!
The event is being organised by the congregation alongside the German Church in Edinburgh and the German Consulate. Singers and a speaker from Germany are taking part, thanks to the support of the Consulate, alongside the Church Choir and well-known local soloists. Tickets are £12.
The Reformation is usually reckoned to have started with Luther’s protect against “indulgences”, whereby people bought their way into heaven, as they thought. Nailing his arguments to the church door in 1517 brought matters to a head. The German Reformed church remains “Lutheran” although the Church of Scotland is usually seen as more influenced by John Calvin.
St Andrew’s and St George’s West have a long-established link with the German Church in Edinburgh, which joins them in the annual Remembrance Day service – an innovative and fairly controversial idea when it started in the 1980’s.