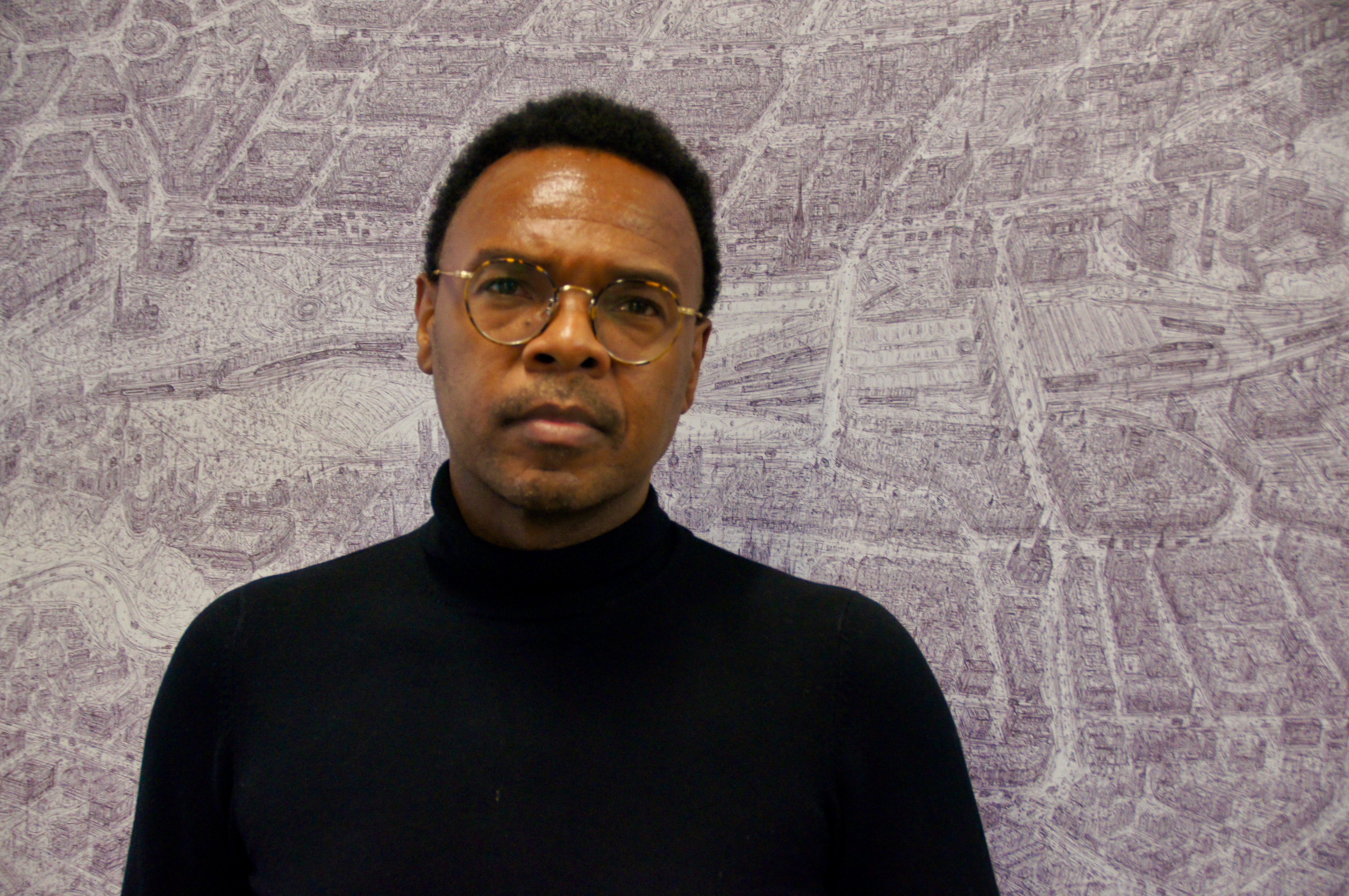 Visitors to Edinburgh Central Library can gain a new perspective of the capital as a huge, intricately detailed, ink-sketch of the city of Edinburgh has just gone  on display.

Self-taught cityscape artist Carl Lavia, aka Sketch, and project partner photographer Lorna Le Bredonchel are on a country-wide mission: Carl is attempting to sketch, in large-scale, every single city within the UK – together they aim to exhibit each cityscape within its city and eventually form one large exhibition of all 69 artworks to be shown in several spaces throughout the UK. The Edinburgh cityscape is the latest in their ’69 Cities of The UK’ project.

Carl said: “Each artwork is a celebration for the people who live, work and simply love the city.”

The immense Edinburgh cityscape covers a radius of around 6 miles – as far North as Stockbridge, as far South as The Meadows, as far East as Holyrood Palace and as far West as the Murrayfield stadium – all the familiar landmarks are depicted plus the yet to be completed Edinburgh St James.

Councillor Ian Perry, Education, Children and Families Convener for the City of Edinburgh Council, said: “We’re delighted to be able to host Carl’s wonderful piece of work here in the Central Library – it truly is a sight to behold and I’m sure it will mesmerize many library-users during its time here.

“As one of the city’s prominent historical buildings, the Central Library itself features in the sketch, alongside the fantastic variety of architecture and attractions that span Edinburgh, and this piece provides a great new perspective.”

Project partner photographer Lorna Le Bredonchel said: “We hope that the Edinburgh cityscape will be seen as an affectionate document of the city’s present time in history, hints at the indelible ties connecting people to places, a ‘sketched page’ in Edinburgh’s incredible and continually unfolding story.”

For prints and to follow The 69 Cities Project, go to: