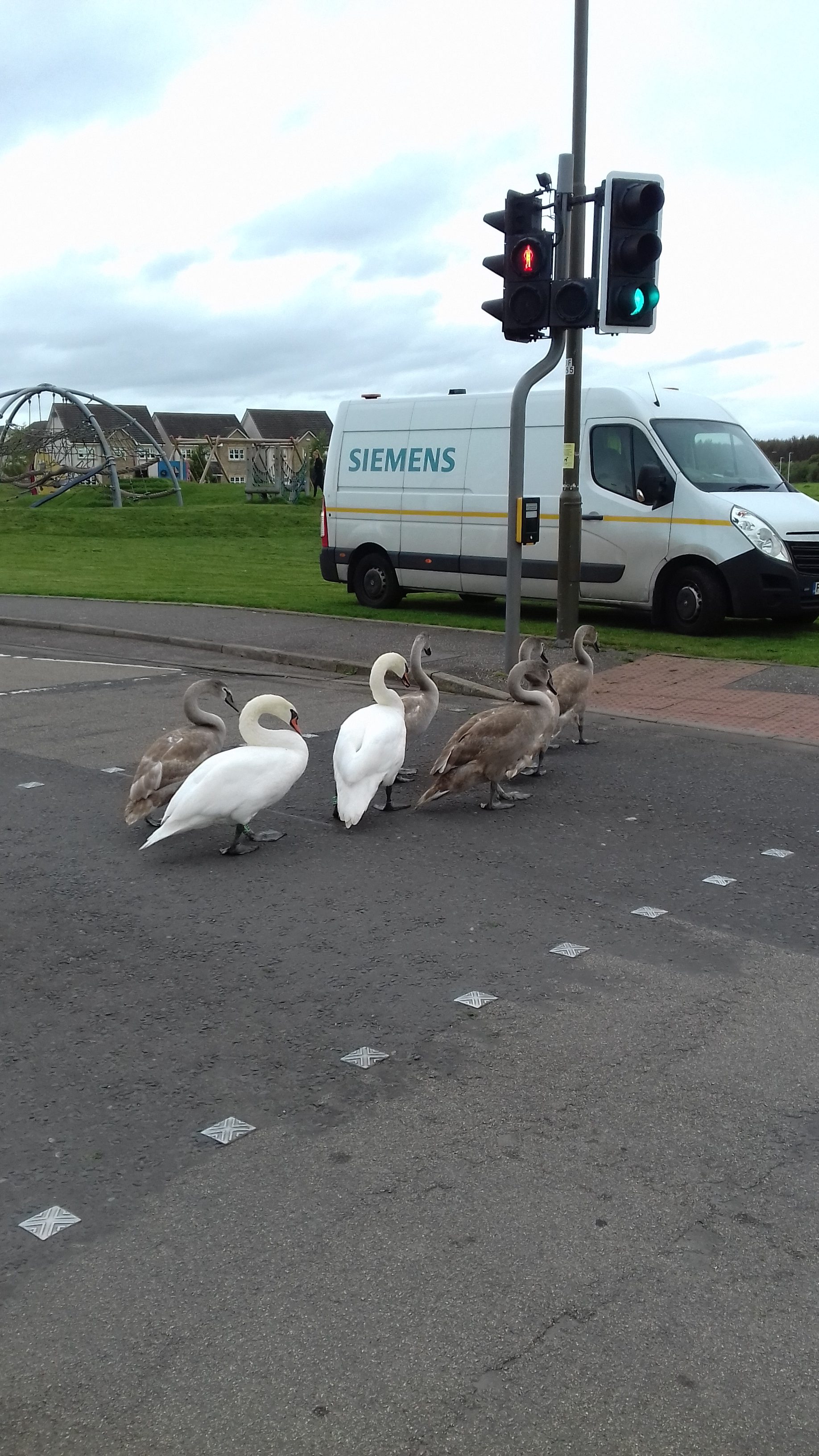 The Scottish SPCA was alerted on Friday (22 September) after a family of swans were spotted on the A7066 dual carriageway in Bathgate, West Lothian.

Scotland’s animal welfare charity was able to escort the two adult swans and five cygnets back into their pond. Animal Rescue Officer Fiona Thorburn said, “We were alerted after a concerned member of the public spotted the birds near a roundabout and was worried about their safety.

“The Police were in attendance too as traffic had to be stopped to ensure we had no causalities!

“We were thankfully able to escort them back over to the nearby pond before they came to any harm.”

Anyone concerned about the welfare of an animal should contact the Scottish SPCA animal helpline on 03000 999 999.