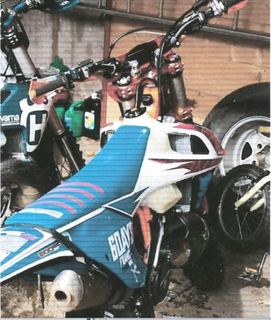 Police are appealing for witnesses following a housebreaking where four electric motorcycles were stolen.

The incident happened between 11pm on Tuesday 22 August and 12noon on Wednesday 23 August at an address on Ravelston Dykes Road, Edinburgh.

During this time entry was gained to a garage and the bikes were taken.

One of the motorcycles was later recovered but three are still outstanding, estimated at a total value of £20,000.

The missing bikes are a blue and white with red stripe KTM 300 EXC, a white with green and black markings Electric Motion Trials Bike, and a red and white Oset 16 Children’s Electric bike.

Anyone who can assist officers with their investigation is asked to come forward.

Detective Sergeant Keith Taylor of Corstorphine CIU said: “The motorcycles stolen are extremely rare and of great value to the owners.

“Those responsible caused damage to the building as they forced entry and we’re eager to trace the suspects as soon as possible, as well as ensuring the bikes are returned to their owners.

“We would request that anyone who saw any suspicious activity around the Ravelston Dykes Road area in the early hours of Wednesday morning or who has seen these bikes, gets in touch to assist with our investigation.”

Anyone with information can contact Police Scotland on 101 quoting incident reference 1596 of 23 August, or alternatively contact Crimestoppers on 0800 555 111.