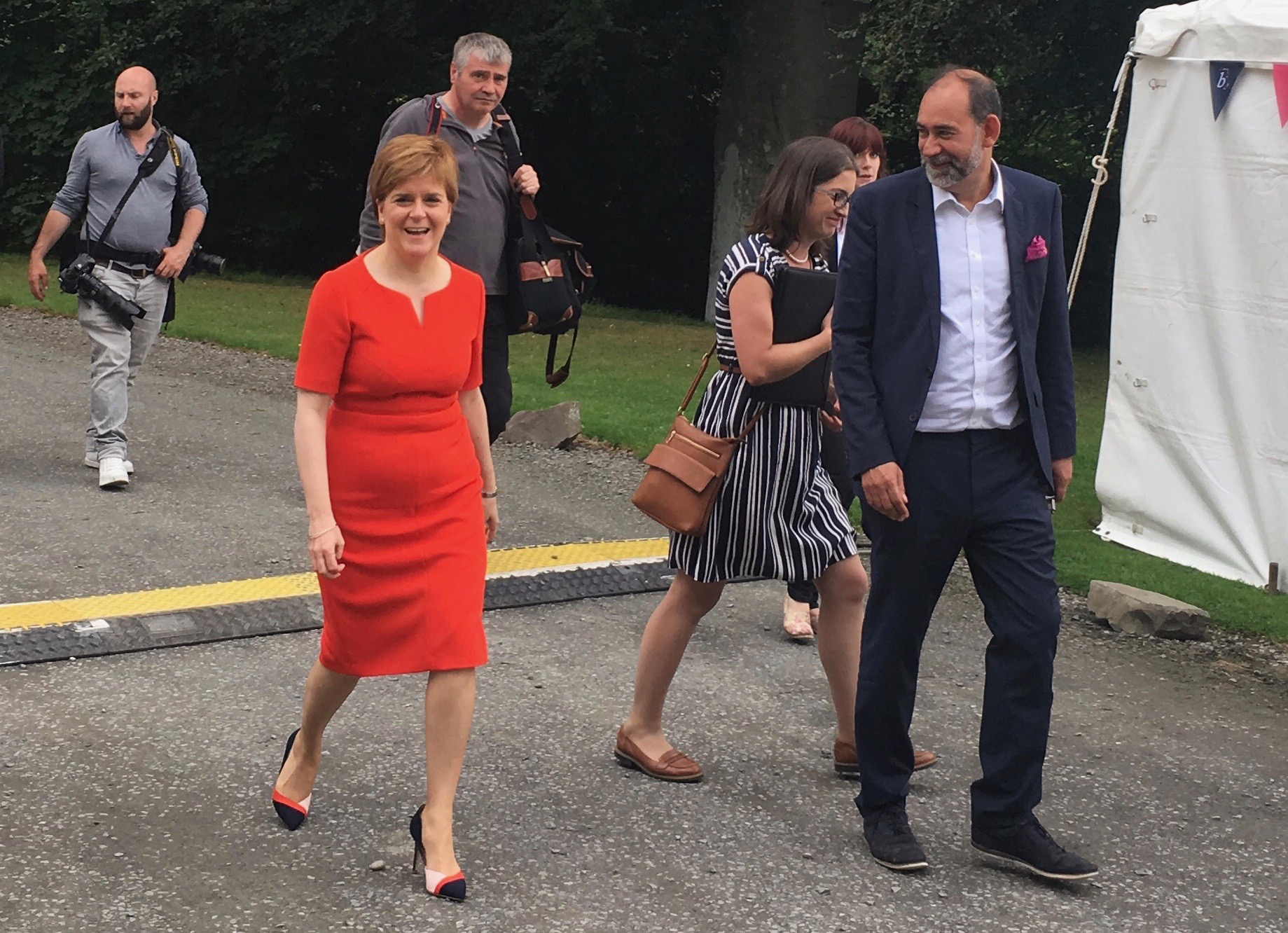 It is not an easy challenge for a politician to turn from answering questions to becoming the interrogator, but at Beyond Borders, the annual literary and political festival held at Traquair House at Innerleithen on Sunday, the First Minister of Scotland was full of surprises.

Some months ago when she was in America, Nicola Sturgeon was interviewed by the mercurial Tina Brown who as editor of Tatler in the early 1980s, took that magazine’s circulation from 15,000 to 1,000,000, then set off to to conquer America with her husband Sir Harold Evans.

In New York, Tina Brown was appointed editor of Vanity Fair taking sales from 200,000 to 1.2million. In 1992, she took on the editorship of The New Yorker increasing the circulation by almost 900,000. Next came Talk magazine and a biography of Diana, Princess of Wales. Then she launched The Daily Beast. In 2010, Tina launched the first Women of the World Summit, first held at the Hudson Theatre in New York, and now in its seventh year and acknowledged as a great success. Conceived as an international forum to provide a voice for women, this was the core of Nicola Sturgeon’s questioning: the role of women in high profile vocations, in the media, in the boardroom, in politics and public life, and inevitably touching on the American elections.

The rapport between Nicola and Tina was there for all to see.

And while Europe and Asia undoubtedly have a more enlightened attitude towards gender – both women admired Angela Merkel  – the continent of America they believed was simply not ready to elect a women to the highest office of state.
While both Nicola and Tina looked forward to a time when a woman would become President of the United States, both agreed that it would have to be a woman with a big enough belief in herself to overcome the entrenched gender prejudices which sadly still prevail on that continent.

Witty and clever, the dialogue between two women both at the heights of their careers  encompassed the loneliness of the late Princess of Wales, the failure of print media against the rise of social media, and the decline of journalistic standards brought on through the pitiful remuneration of those who source the headlines. Optimistically, Tina was convinced that the tide was about to change,  if it has not already begun to do so.
……………………………………………………..….
Tina Brown’s Vanity Fair Diaries (including  a somewhat derogatory note that she kept on an encounter with Boris Johnson!) are scheduled to be published in November.