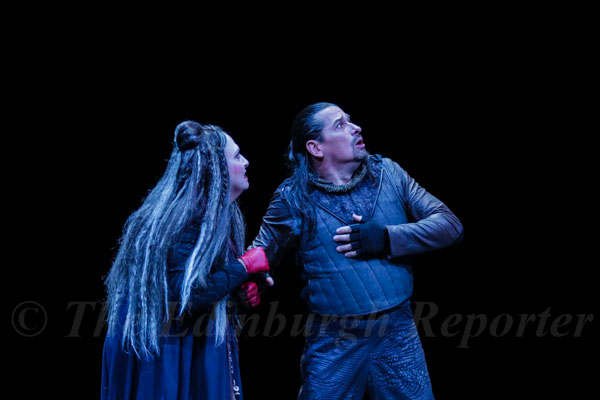 ‘MacBeth’ is a major new production of Verdi’s dark operatic thriller, given by the International Festival’s 2017 resident company Teatro Regio of Turin, conducted by Gianandrea Noseda and directed by Emma Dante. The opera was the very first to be performed at the inaugural International Festival in 1947.

A coven of witches prophesies that Macbeth will be king. Blinded by ambition and driven on by his power-hungry wife, he commits bloody murder after bloody murder in his ruthless quest to grasp and keep the throne. But even as monarch, Macbeth finds himself trapped in a swamp of intrigue, murder and betrayal as he attempts to protect his fragile grip on power.

Aflame with madness, witchcraft and tyranny, Verdi’s immensely powerful tenth opera is at once an exploration of the nature of evil, and a gripping account of the rise and downfall of a dictator.

With Macbeth, Verdi did nothing less than change the course of opera history, abandoning the lyrical style of Rossini and Donizetti in favour of fiery drama, brooding emotion and ghostly colours.