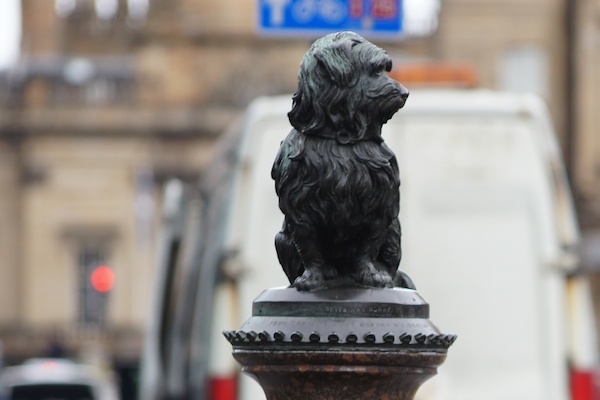 I see them every morning “creeping like a snail unwillingly to school”. They’re back. The new term began this week for Scotland’s 700,000 school pupils. Some are like Shakespeare’s snails, others have “shining morning faces” and are skipping along, perhaps to their first day of formal education.

A survey by Action for Children has found that 16 per cent of parents are worried about getting back into the school routine. It doesn’t mention how many pupils are troubled by this rude end to the holidays.   Shockingly however, the most troubling aspect of the return to school among parents is bullying. 18 per cent listed it as their biggest concern.

Almost 10 per cent said they had worries about the wellbeing and mental health of their children as they return to school.  Is this over-anxious parents who have forgotten how we all have to learn to cope with the rough and tumble of getting on with our peers.  I suspect so.

The main teaching union, the EIS, is worried about the 500 vacant teaching posts across Scotland’s 32 districts. It says there is a chronic shortage of teacher-training places, a fact the SNP government has admitted but has put right in the last few years.  The Labour Party likes to point out that over the last  ten years, teachers numbers have fallen by 4,000. But the government says that fall has been halted in the last five years and the pupil/teacher ratio has remained fairly steady at 16 in primary school and 12 in secondary.

Although the return to school was the main event of the week, thank goodness it didn’t involve me personally. I’ve been adjusting to life down on the plains after a fortnight on holiday with the extended family in the Perthshire Highlands. Walking along mountain ridges puts the life below into perspective.  I hope Theresa May had a similar sobering experience on her walking holiday in the Alps. She’ll need it because her ministers have been fantasising about having lots of cake and eating it….like leaving the Customs Union but at the same time keeping all our trade links with Europe, or having a “transitional” divorce from the EU that will have an end date but no specific end date.

As Nicola Sturgeon said: “Why don’t we just stay in the Customs Union ?  They (UK ministers) seem to be going to great lengths to differentiate something that is pretty much identical to the customs union from the customs union.   It makes the UK government increasingly look a bit ridiculous.”

The First Minister herself has had a mixed sort of week, like the weather.  It was all sunny on Monday when she officially opened the “missing link” in the M8 at Newhouse on the outskirts of Glasgow.

There was another brief sunny spell when she saw unemployment fall to just 3.9 per cent and the number of Scots in employment reach a record 2.65 million.

There are however slight shadows hanging over these figures. Wages are still not keeping up with inflation and in 19 cases named and shamed by the government, some firms are not even paying the legal minimum wage.

Dark clouds, literally. hung over Glasgow on Thursday morning when the Blochairn Fruitmarket caught fire.  It took over 70 firefighters to contain the blaze. The wholesale market supplies fruit and vegetables to most of the shops, hotels, restaurants, schools and hospitals in Central Scotland but luckily they only lost one day’s supply.  It was a reminder though of how fragile our centralised economy has become.

Even darker clouds gathered when figures came out showing Scotland has the highest rate of drug deaths in Europe.  867 people, mostly middle-aged men, died from drug related causes in 2016.  The government is now facing calls for more resources to be put into tackling the underlying causes of drug addiction and a more comprehensive recovery programme which does more than  prescribe drug substitutes. Midweek, Ms Sturgeon found herself having to excuse her predecessor Alex Salmond for cracking “Benny Hill” type jokes in his current occupation as a Festival Fringe entertainer.  Mr Salmond is starring in a “sit down comedy act” inviting famous people to come and have a chin wag with him on a public stage. His first “friend” was the Brexit Secretary David Davis.  I can’t imagine what they joked about. Which I suppose brings me to the Edinburgh Festival, now going into its third week.  From all accounts, including my own, the shows are going well, the tickets even better and the town is hoachin’ with visitors.  It feels like we may be surpassing last year’s totals of 174,000 foreign visitors who spent £63m and 290,000 domestic visitors who spent £73m.   Poor Greyfriar’s Bobby is having his lucky nose rubbed raw and there have been calls for the festival season to be extended to six weeks to spread the congestion.

But Edinburgh isn’t the only town able to put on a good show. On Wednesday evening I went to Glasgow (in the rain of course) to watch Celtic beat the mighty men of Astana 5- 0 in the European Champions League.

I wasn’t aware that Kazakhstan was in Europe, let alone that it had a football team which could play at least half a game. None the less, it was a great occasion, with much spirited singing, chanting, banging of drums and waving of green and white scarves by the 50,000 crowd.

They say it was Celtic’s biggest  European victory for 15 years and no one mentioned the word “Brexit.”