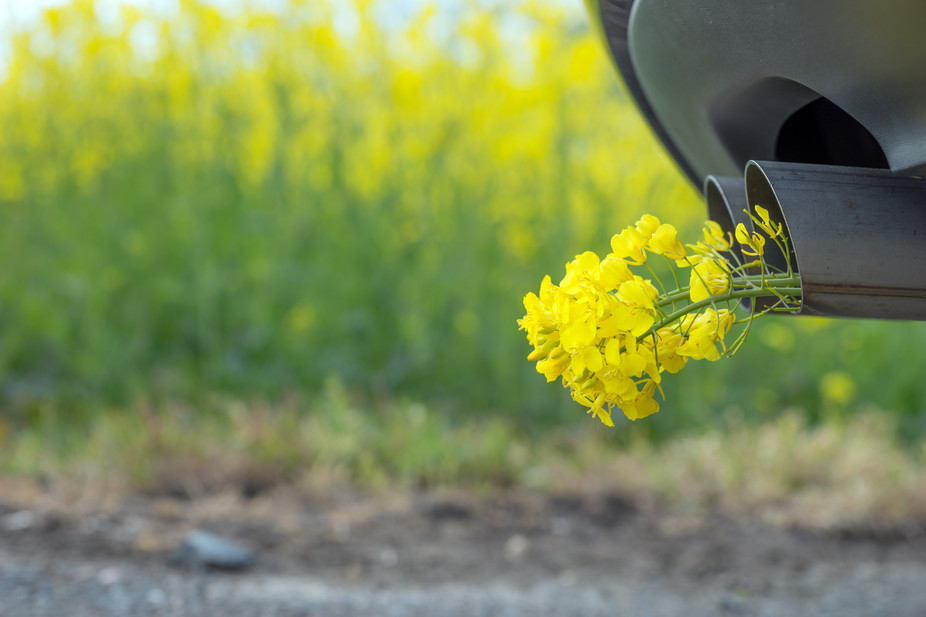 Does the 2040 ban on new petrol and diesel cars mean the death of biofuels?

One question that arises from the announcement by the UK government that new diesel and petrol cars will be banned by 2040 is what it means for biofuels. If cars running on fossil fuels will be substituted by electric cars, it could imply that all liquid transport fuels will be eliminated.

Around 5% of the volume of the average British tank of petrol or diesel comes from biofuels at present. It is produced from various sources, including corn, wheat, sugar beet and waste ranging from rotten vegetables to used cooking oil.

Biofuels in the UK by feedstock type

The large-scale use of biofuels dates back to the 1970s, when they were first introduced in Brazil through government incentives to build vehicles that could run on 100% ethanol produced mainly from sugar cane. Brazil remains a leader in biofuels, despite ups and downs over the years. More than a quarter of petrol content must comprise ethanol – and most vehicles can run 100% ethanol if they choose to.

Elsewhere biofuels have enjoyed varying fortunes. They became a popular possible alternative in the 1990s as a consequence of the rise in the oil price. More recently, more than 60 countries across the world require some blend of biofuels at the fuel pumps as part of their commitments to cut greenhouse gas emissions, and have also launched biofuel production programmes.

Yet progress has become very slow in many countries. Among the reasons are the period of low oil prices and the fact that it uses much more farmland to increase biofuel proportions in fuel tanks.

So will anyone bother to keep striving towards sustainable liquid fuels now that the end of petrol/diesel vehicles appears in sight? The answer has to be yes, for a couple of important reasons.

The first is hybrid vehicles, which have been far more successful than purely electric ones to date. These engines that run on a combination of liquid fuels and recharged batteries will play a major part in the transition towards complete electrification. If the UK is to move towards a complete ban on fossil fuels in transport, new hybrids are likely to increasingly depend on biofuels.

The second point is that the transport system is about far more than roads. Aviation, shipping and haulage are all significant and they have a much more limited scope for electrification. They will continue to rely heavily on liquid fuels – to which end the US navy recently launched its first biofuel-powered aircraft carrier, for example.

So if we’re still going to need biofuels, how do we make the most of them? I was a member of a working group of the Royal Academy of Engineering that recently produced a report about the sector commissioned by the UK’s departments for transport and energy.

The report, which involved a meta-study of a number of research papers about the sector, said biofuels would undoubtedly play an important role in meeting the UK`s commitments towards climate change. It called for a combination of incentives and careful regulation to avoid risks and unintended consequences, such as crops being diverted from food production.

It proposed incentives to encourage so-called second-generation biofuels – those which predominantly come from waste and have a far better emissions profile than biofuels from dedicated crops such as soya or corn. It proposed to incentivise growing biofuel crops on land that was unsuitable for food production, while generally capping crop-based biofuels to help prevent them from taking up space that could be for food crops. It also proposed that the minimum blend level in the UK be increased from its current 4.75% (more work is required to determine what might be realistic).

If the government approached biofuels in this way, there could be indirect benefits – giving farmers an extra incentive to plant more crops, for example, as well as improving crop yields and making farming processes more efficient. The amount of land dedicated to farming could also rise as a result.

My message is therefore that we will need biofuels for the foreseeable future despite the UK government’s 2040 ban. By prioritising the right kinds of biofuels through subsidies and caps, we can minimise their drawbacks and maximise their advantages over petroleum fuels. The 2040 ban, far from meaning the end of liquid biofuels, should be seen as an important opportunity for the sector.