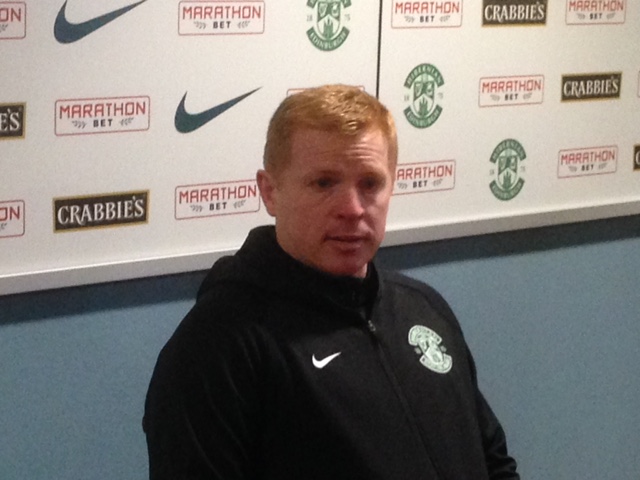 Lennon was forced to shuffle his squad with the absence of the suspended Danny Swanson, Paul Hanlon and Efe Ambrose but his young team rose to the occasion.

He also revealed that Hibs will not be signing Jermaine Pennant who has been training with the club but he delighted that Scotland international Steven Whittaker has returned to the club, 10 years after leaving for Rangers.

After the game Lennon said: “It was a professional job. There was good attacking intent and a good attitude. It’s another 90 minutes in their legs.

“Ryan Porteous has been outstanding in pre-season and looks very assured. Fraser Murray  got his goal and is progressing well.”

“Steven is a great signing for us. He brings quality and experience.

“He has had a fantastic career up until now and there’s no question he’ll make us better. He’s 33 but looks after himself and is in in great condition.

“In pre-season he has looked fine running-wise so three years is no problem. I’ve always admired him as a player.

“We’re looking stronger but we’re thin on the ground in terms of numbers so we need to bring someone in.

“But there’s nothing for Jermaine at the minute. We might review it later on. We were pleased with what he brought but we have prioritised other positions.”