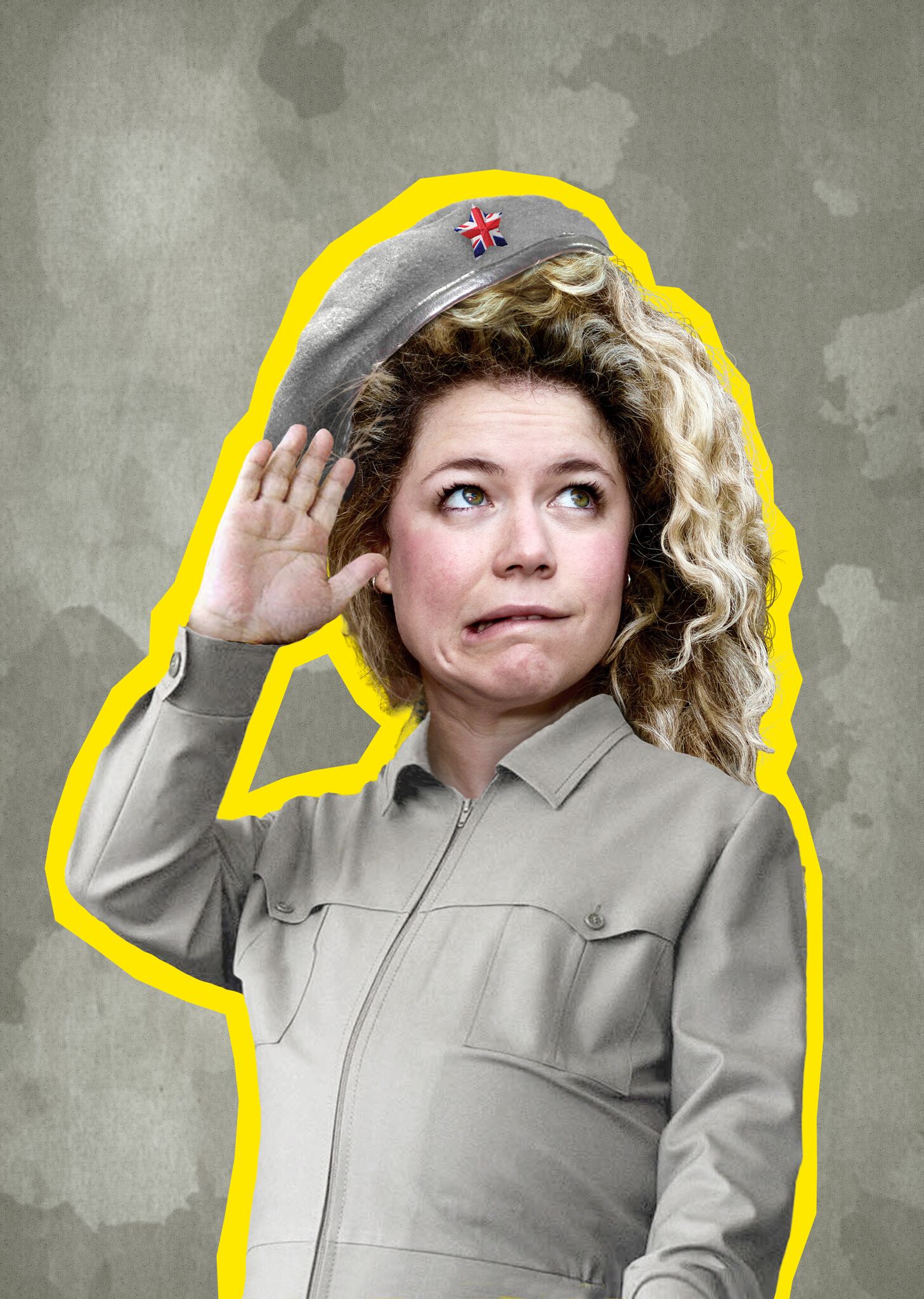 Imagine how you’d act if you were always being watched? Imagine living in an authoritarian regime? Imagine if the Chinese government bought the BBC?

Imagine no more. It’s the year 2020, Theresa May has clung on to power and all of her dreams have come true – the ‘Liberal Metropolitan Elite’ have been burned, and the BBC has been sold to the Chinese Government. This can only mean one thing! Last Night of the Proms must now be held in Beijing!

Award winning comedian Louise Reay continues to blaze a trail in Hard Mode, an innovative new satire where comedy meets immersive theatre. Based on a dialogue with Ai Weiwei and featuring a team of masked police, this provocative show explores oppression as the audience experiences life in an authoritarian regime. Reay also explores just how much UK audiences are currently under social control. “The UK is now the world’s most surveilled state with 6 million CCTV cameras — that’s one camera per 10 citizens”, says Reay.

Louise read Modern & Classical Chinese at the School of Oriental and African Studies, University of London before working as a documentary maker for the BBC and Channel 4. Among her credits are C4’s Dispatches, BBC1’s Panorama the C4 series on immigration, Why Don’t You Speak English? and the BBC’s education experiment Chinese School: Are Our Kids Tough Enough?

Louise has written and performed in two live shows questioning our attitudes to language, immigrants and race, It’s Only Words and Que Sera,些拉. The shows were all in Chinese – but for people who didn’t speak any Chinese at all, utilising the 93% of communication that is non-verbal!