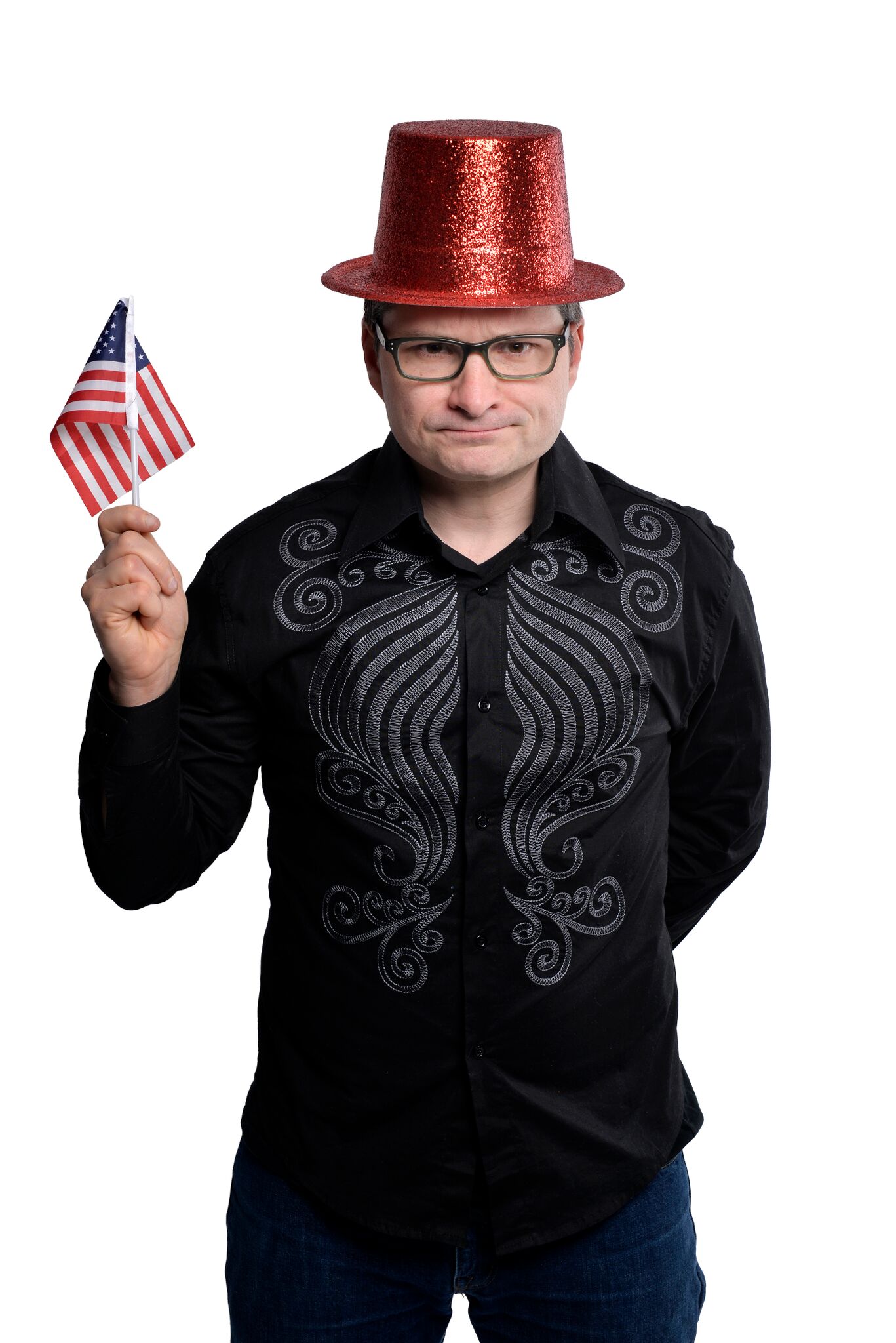 Donald Trump goes through scandals faster than he plowed through contestants on The Apprentice. From the first moment Trump took the Presidential oath he’s done things his own way.

Erich smells out all the Trumps and knows that at the end, he’s gonna come out on top and make the Fringe great again.

Originally from Seattle, Erich has lived in the UK since 2000. He’s watched his country disintegrate from afar with horror and amusement. The only thing that makes him feel better is watching Britain disintegrate from close up.

Erich has been in demand as a pundit and has written for The Independent, The Herald, The Huffington Post and Saga.

Erich’s solo shows, The Imperfect Guide to Picking the Perfect President and US (Electile) Dysfunction, and his multi-bill series, The Imperfect Guide to the US Presidential Elections (guests have included Lembit Opik, Grainne Maguire and Josie Long), have helped lift the lid on the crazy world of US politics to UK audiences, and that includes to political wonks and civilians alike!