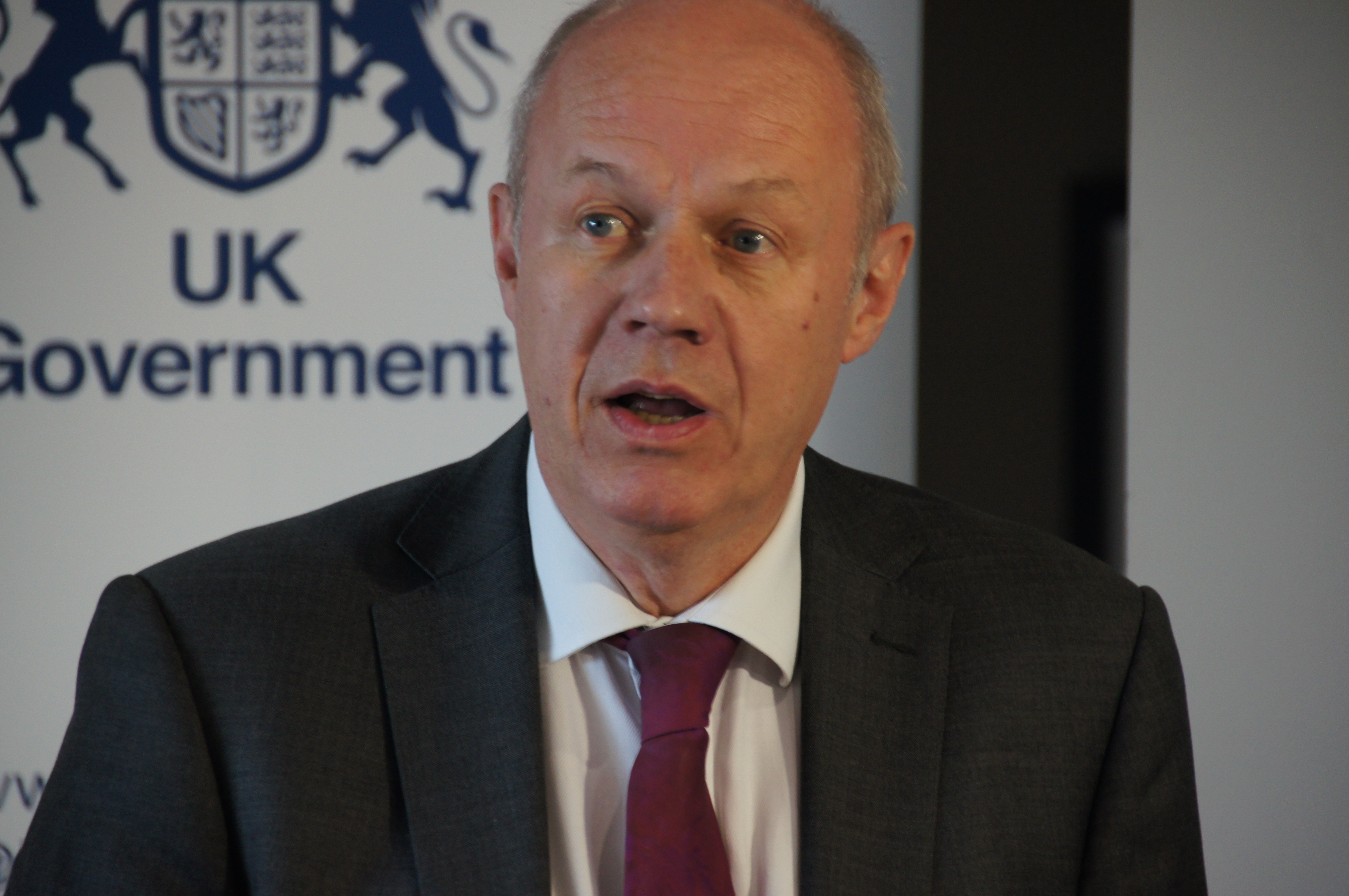 The First Secretary of State and Minister for the Cabinet Office, Damian Green signed the City Region Deal for Edinburgh and South East Scotland on behalf of the UK Government today.

We asked him for his view on the timetable which has meant that the deal was only just signed in time for the UK Government taking recess until the autumn and he admitted that an election had intervened.

Nonetheless he,  along with all other parties to the document, were very pleased about the outcome.

The UK Government is now to hand over £300 million of investment – but as we found out it will not necessarily be writing a cheque tomorrow.

“This deal is £300 million from the UK Government along with a similar amount from the Scottish Government and also levering in contributions from universities and from the private sector. Overall it means that the UK Government will have contributed more than £1 billion to the four city deals across Scotland and Edinburgh will be the latest place to benefit.

“It’s a very exciting day. I think great things will come from this.”

When we said that it was of course the last possible day it could have been signed before parliamentary recess, the Minister explained why it had taken so long. He continued : “Well it took so long mostly because we had an election which meant that for two months or so nothing much could happen.”

We pointed out that this was in fact the ‘fault’ of his own party.

He continued : “The election happened and therefore things got delayed. But inevitably these things are quite complicated. You’re bringing together three layers of government effectively : the UK Government, the Scottish Government and a number of local authorities.

“There are a lot of people to bring together on the same page.

“The fact we have been able to do it before the summer is great.”

We asked what happens now, whether it was a simple act of signing a cheque and walking away, but it seems that is not how it will unfold.

“Absolutely not because the money thats going in is for a 15 year programme so what happens now is that individual projects from, for example, each of the three universities, are put forward. They are then judged as to whether they are going to do what they say on the tin. If they are approved then that is the point where cheques get written. So it is not just giving the money and forgetting about it. Individual projects have to be approved so that we can see what benefits we are actually going to get.”

The government is speaking to other areas of Scotland about other potential deals in Stirling and Tay Cities and there is also a different kind of arrangement proposed for Borderlands which invovles Dumfries and Galloway and Northumbria and Cumbria.

We spoke with @DamianGreen earlier about how the process of getting the money from the City Region Deal works We also asked about the delay! pic.twitter.com/cdDoaBUMnR