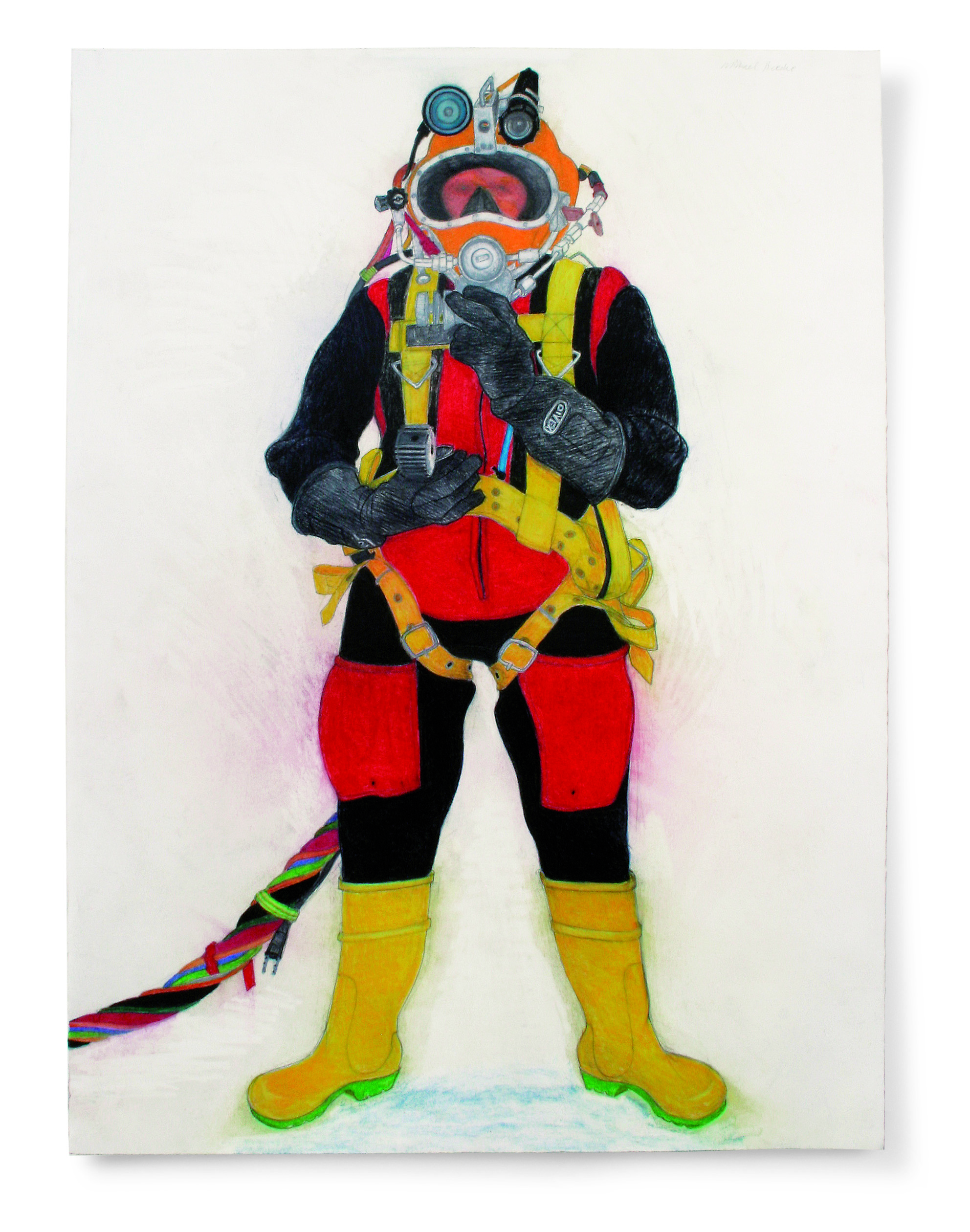 At the National Museum of Scotland from 21 July 2017 a new art display will feature the work of visual artist Sue Jane Taylor and her paintings relating to the North Sea oil industry. The Age of Oil includes 17 pieces of original artwork and this display will examine the economic, social and political impact of Scotland’s oil, gas and renewable industries, with a focus on the current North Sea decommissioning programmes and their challenges.

Taylor, who has worked in some of the most remote and challenging industrial environments across Scotland, presents engineering in an intricate yet accessible way depicting the human stories behind the economic facts and figures which often surround these industries.

Complementing Taylor’s documentary style works of art will be diary extracts and film footage from the artist. These contrast the industrial artefacts collected by National Museums Scotland to represent the decommissioning of the North Sea’s Murchison platform, with personal survival equipment and objects from those whose stories are featured in the exhibition.

By using a multi-media approach to interpret this moment when energy industries are in a state of flux, Age of Oil will explore the daily realities for the people who build, operate and ultimately decommission Scotland’s energy infrastructure whilst offering reflections on the importance of the oil industry and its relation to the future of energy. Alison Taubman, Principal Curator of Communications at National Museums Scotland said: “Age of Oil builds on topics examined in our Science and Technology galleries, which opened last summer, raising very topical questions about the relationships between art, environment and industry. The scope of the exhibits on display will bring a human aspect to what is an alien working environment to most people.”

Sue Jane Taylor said: “I have spent most of my artistic life focusing on the North Sea. I was born and brought up in the Black Isle and whilst growing up there in the 1970s, the oil boom hit the Highlands of Scotland; it became part of contemporary Highland Culture. As a young graduate I sailed on a cargo supply vessel out in high seas. This journey became a life changing artistic experience for me.

“Since North Sea oil was discovered fifty years ago, this industry’s public identity has been predominantly portrayed in cold, hard economic terms and its corporate image has been very tightly censored through photography and film. My own focus as a fine artist is to emphasise the importance of the workers and their working environment.”

Age of Oil will be accompanied by a book published by NMS Enterprises Ltd price £14.99.

Age of Oil is part of the Edinburgh Art Festival which runs from 27 July to 27 August 2017.