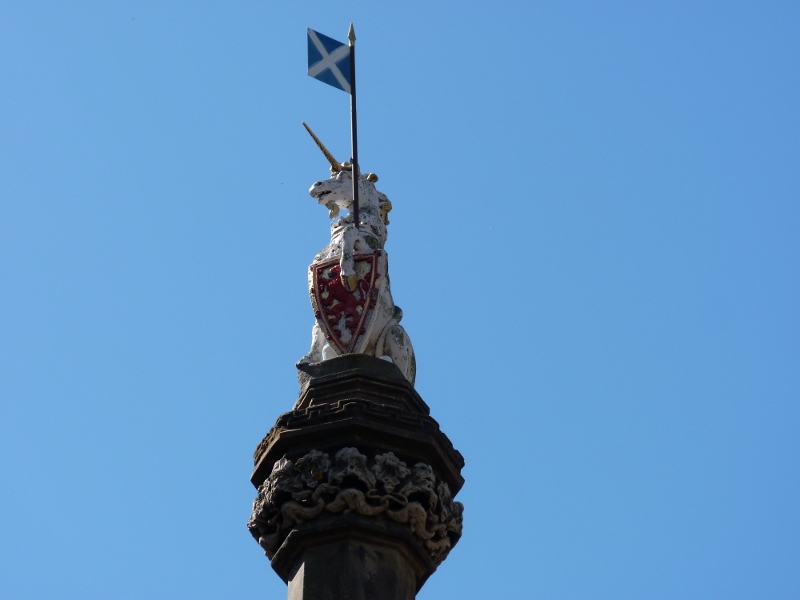 This is turning out to be a more interesting General Election than we ever thought.  Just a month ago, it looked like Theresa May was on course for a thundering victory, with a majority in parliament of over 100 MPs.  Now the opinion polls have narrowed the Conservative lead to between 3 and 10 per cent, which might put the SNP in the key position of deciding who forms the next UK government.

In Scotland, the latest opinion poll puts the SNP at 43 per cent support and Labour and the Conservatives equal at 25 per cent.  North of the border, it’s turning out to be a fight over who can stop the SNP. But whoever the challengers are, it looks like the SNP will have at least 40 MPs at Westminster, enough to matter in the arithmetic of power.

But quite apart from the mechanics of the electoral race, this election has thrown up an unexpected debate over policy, much to Theresa May’s discomfort.  She thought her “strong and stable” mantra would be enough to bring her school children into line. All she had to do was lampoon Jeremy Corbyn as weak and unstable and any other opponents as “a coalition of chaos.”

Instead, Labour has brought a firmly left-wing agenda to the debate – an end to “austerity” in the public services, higher taxes on the rich and on big business, gradual renationalisation of the utilities, abolishing student fees in England (there are no fees in Scotland), raising the cap on welfare spending, a £10 an hour minimum wage and a more relaxed attitude to immigration.

That has forced the Conservatives to come up with an alternative domestic programme. They would protect funding for schools and hospitals while at the same time reducing the budget deficit. They would abolish the triple lock on state pensions and place a limit on welfare payments.  In England they would  expect old people to pay for their own care services, beyond the first £100,000 (in Scotland we already have free personal care).  This last idea ran into some muddled thinking when Mrs May later explained that there would be a cap on such charges but failed to mention a figure.

Mrs May still believes however that the central issue is Brexit, and who is best able to negotiate a good deal with the rest of Europe, her or Jeremy Corbyn.  The election in Scotland however is about something entirely different, independence.  It’s all the opposition parties are banging on about.

Ironically, the SNP are arguing that the election is not about independence but about “an end to Tory austerity.” Their manifesto, launched in Perth on Tuesday, calls for an end to the 1 per cent pay freeze for public sector workers, a £10 minimum wage, abolishing the cap on welfare payments, retaining the triple lock on pensions, all to be paid for by increasing the top rate of income tax to 50 per cent. They would also borrow more to invest in infrastructure projects.

What has been strangely absent from the campaign so far are the rival “teams.”  Mrs May has only occasionally allowed any of her team to take to the airways – the exception being the home secretary Amber Rudd who was sent in to bat at the BBC’s  “leaders debate” in Cambridge on Wednesday.  Boris Johnson has not been performing any of his usual stunts. The chancellor Philip Hammond has been keeping a diplomatic silence.

On the Labour side, Jeremy Corbyn has been left to do all the heavy lifting himself, with only occasional appearances from John Macdonnell and Keir Starmer.   And I must say Mr Corbyn has been revealing more of his quiet “man-of-the-people” character and enjoying himself more with each day that passes.

Nor have we had much of the usual court jesters – grown men dressed as chickens or foxes or Raving Loony Party candidates.  No one has hired a balloon or even a helicopter. No one has offered to cycle, horse-ride or walk the boundaries of his constituency. No one has stepped out of line.

In Scotland the photo-shoots have been fairly tame…the party leaders in ice cream parlours, or worthy factories, or fishing ports or children’s nurseries. There have been leaders’ debates on TV and individual appearances with live audiences.

Nicola Sturgeon has come under hostile questioning over the health service and education, even though they are not Westminster matters. The Conservative leader Ruth Davidson has done little else but bang the drum against a second independence referendum. Labour’s Kezia Dugdale has added a little side drum against “Tory austerity passed on to Scotland by the SNP”. Willie Rennie for the Liberal Democrats has used his side drum to bang out his Ode to Joy, staying in the EU.  And the Greens ? Well they are only contesting three seats but their leader Patrick Harvie has turned in his usual well waist-coated performance and hopes to do well in Glasgow North.

When it comes to the count, next Thursday night, the SNP will be the party to beat in all but three of Scotland’s 59 constituencies.  The Conservatives will be hoping to win in Berwickshire, Dumfries and Galloway, Aberdeenshire West  and Moray.  Labour’s target seats are Glasgow East, East Renfrewshire and East Lothian. And the Liberal Democrats will be hoping to win in Edinburgh West, North East Fife and Dunbartonshire East.

But as an Ayrshire ploughman once remarked, “the best laid schemes o’ mice and men, gang aft agley.”

And this election, once so certain, has become a churning riddle, wrapped in a mystery, inside an enigma. Will the people fall under Mrs May’s spell ?  Will Jeremy Corbyn surprise even his own party and win a sensational victory ?  Will Nicola Sturgeon hold the balance of power ? And will she use it to demand a second referendum on independence ?

This time next week, we shall know the answers.