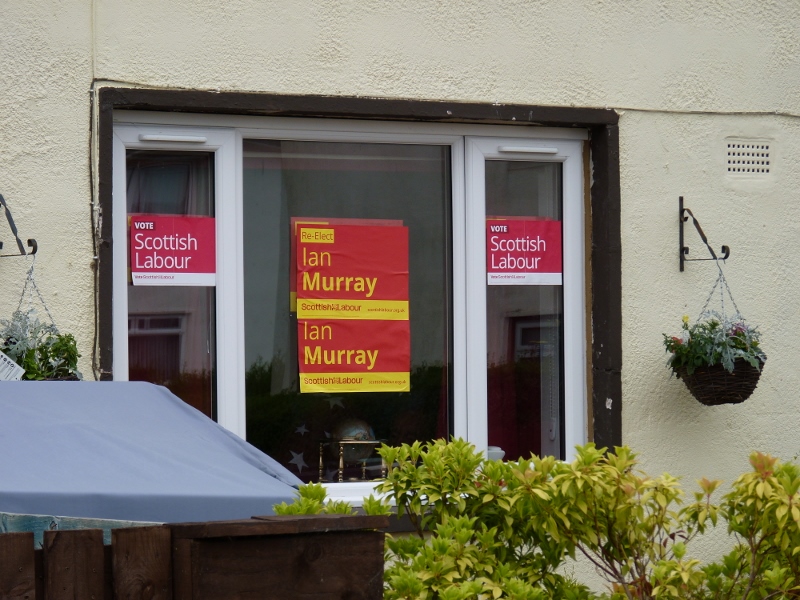 She’s been sent home to think again…..Theresa May about Brexit, Nicola Sturgeon about a second independence referendum.  And, in a way, we’ve all been forced to think again.  What’s come out of this extraordinary General Election, I think, is that we are all less certain about leaving the European Union and less certain about leaving the United Kingdom.

Far from resulting in strong and stable government, the election has produced a new age of uncertainty.

Even the Labour Party, who are the real victors in this campaign, still have a lot of thinking to do over Europe and how far they want to pursue “Corbynism”, and their new-found left wing agenda.

One of the extra-ordinary aspects of this election was how the issues changed week by week. It started off being about leadership, strong and stable Theresa May versus weak and wobbly Jeremy Corbyn. Then it turned to “austerity” with the publication of the party manifestos. Then, with the terrorist attacks, security became the dominant concern. And finally, it went back to leadership, except this time the other way round, weak and wobbly Theresa May versus the increasingly strong and stable Jeremy Corbyn.

Another extraordinary thing was that the election was a totally different affair in Scotland from England. All the above issues were completely overlaid with a debate about independence, or rather its proxy – a second referendum on independence.  And we can see this in the results. Wherever the Tories or Labour or the Lib Dems were seen as the main opponents of the SNP, their support was augmented by tactical voting.

So the Conservatives swept up seats in the Borders and the North East and went from one MP to 13.  Labour increased from one MP to 7. The Liberal Democrats jumped from one MP to 4.   That left the SNP with 21 fewer MPs and with two of its great champions defeated, Alex Salmond and Angus Robertson.

It was also a warning to Nicola Sturgeon that now is not the time to be talking of a second independence referendum in 2018 or 2019 or for some considerable time thereafter. It’s a warning she appears to have taken on board, saying she will “reflect” on the result of the election.

At this point I too need to reflect on my foolhardy prediction last week when I suggested that the SNP would hold the balance of power at Westminster.

That role appears to have fallen to the Democratic Unionist Party in Northern Ireland and that has opened up a whole new can of worms (I would say vipers but  there are no snakes in Ireland).

So we now have 10 Brexiteers, representing a Province which voted to stay in the EU, supporting a government which will have to impose a hard border with the Republic of Ireland which those same 10 Brexiteers want to avoid.  And this at a time when the DUP is in dispute over the new power-sharing administration in Northern Ireland. Irony is piled on irony, on top of a scary instability.

The other 27 countries in the EU must think we’ve all gone mad.  In the exit negotiations to come, I can only hope they treat us gently, as they might the village idiot.  I never quite understood Theresa May’s logic that she needed a “strong and stable” mandate from the British people to negotiate a good deal with the rest of Europe.  What difference, I wonder, would that make to the deal the 27 were prepared to offer ?

I think we wake up after this unnecessary election in a slightly older and wiser mood.  Theresa May  – if she survives at all  – will not be as cavalier about the Brexit talks as she once was. She may even take Nicola Sturgeon’s advice and move towards a “soft Brexit,” staying inside the single market and the customs union.  She may take Jeremy Corbyn’s advice and ease up on austerity. She may even take wise advice from within her own party and gradually learn to be more competent and less prone to blunder.

Here in Scotland, the SNP will concentrate on the “day job” and bide their time on independence. They are still by far the largest party with 35 MPs (37 per cent of the vote, compared to 28 per cent for the Tories and 27 per cent for Labour) and still in control, with the Greens, in the Scottish Parliament. As for the other parties, they will keep up the pressure on the SNP’s handling of education, health care, child poverty etc and hopefully take the time between elections to develop policies of their own, other than No to independence.

And the rest of us ? I wish we could forget about politics for the next few years. But alas the politicians have landed us in this new age of uncertainty. So as we take the window stickers down, it might not be long before we have to put them up again. 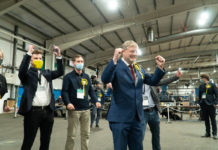 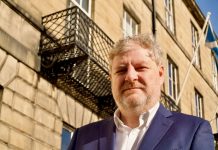 Angus Robertson has hopes for Holyrood