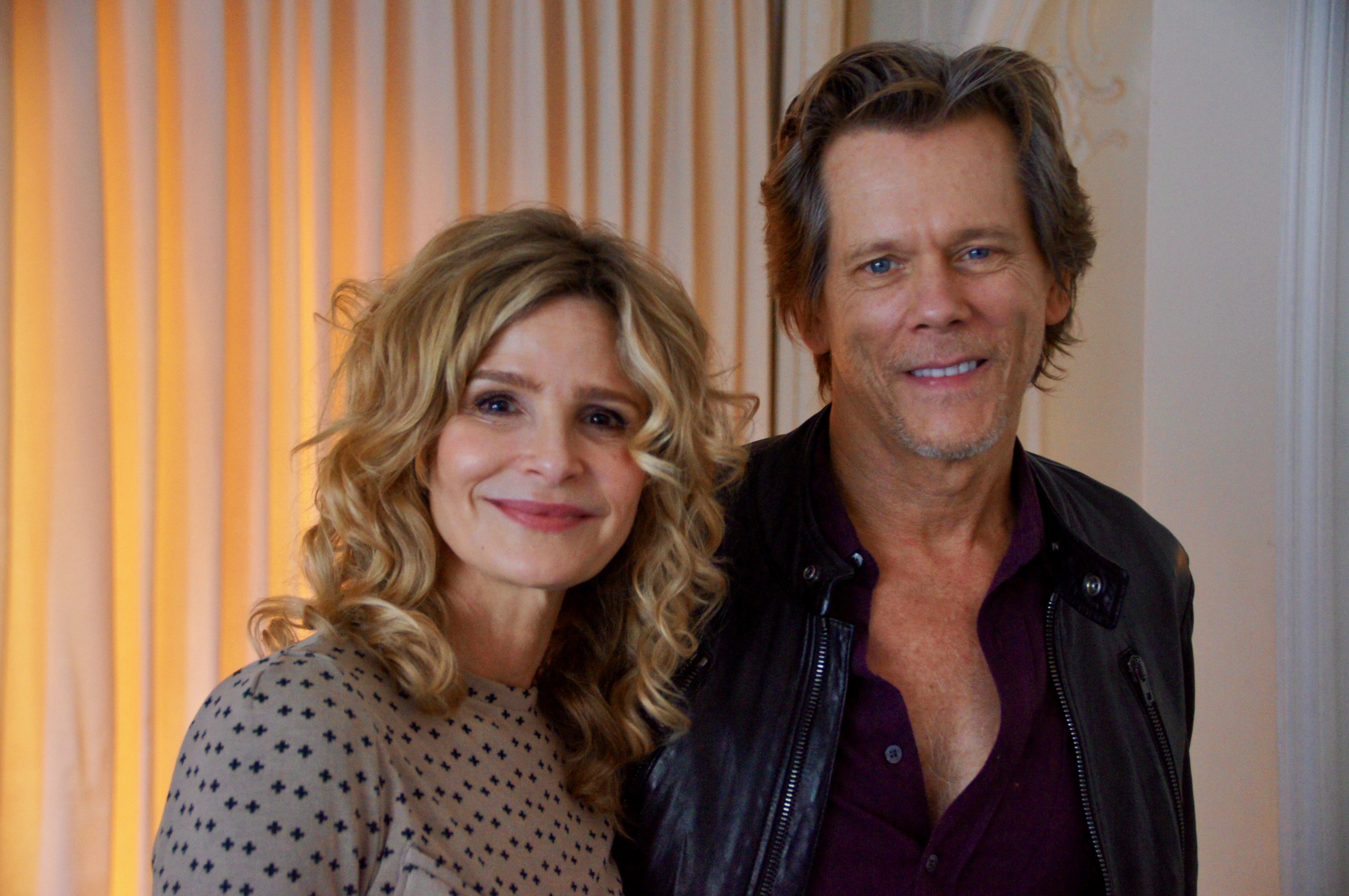 Meeting the press at film festival junkets is a necessary part of promoting your film.

Director Kyra Sedgwick had the added bonus however of having her husband of 29 years by her side at this afternoon’s press gathering. She had cast him in the starring role – but then her husband is film star Kevin Bacon, and they have appeared in many films together over the years.

Tonight at the Edinburgh International Film Festival the couple will answer questions at one of the In Person events which form part of this year’s line up. Last night they were on the red carpet at the World Premiere of Story of A Girl.

The film will now show on US channel Lifetime in July.

Kevin had mentioned on the red carpet last night that his acting career had begun with a role in The Slab Boys by John Byrne. He explained that he did two versions of the play, but that he would not attempt a Scottish accent this afternoon as it would be too horrible for all of us!

“I loved the experience and I loved the romance of Scotland and Glasgow. I have still never been there though I do want to go there and experience it.” The film is Sedgwick’s directorial debut and is a drama about a teenage girl who is dealing with an intimate video shared on social media. Bacon plays the restaurant owner where the girl played by Ryann Shane gets a summer job. The boy who shared the video also works there and the drama unfolds all based on the original story in a young-adult novel by Sara Zarr.

The couple have two children together and even though they are in their twenties now Bacon said that when he was younger he had the misconception that the fear that something would happen to your children would pass. He explained : “All the way along the line you think well if I can just get them into school I won’t have to worry about them. But frankly just always being a little concerned about your kids – that is always there.

“One of the things that gets bigger is the concern about the world we are going to leave them. When you’re a parent and you have concerns about life and the world it is always focused on your own children. It’s just part of the game I guess!”

Asked about the problems facing the teenage girl who is the centre of the story, Kyra Sedgwick answered :  “I think what has been made harder now, especially as messaged in this film is the social media aspect.

“Just at this moment in life when you are trying to sort through who you are and what you want to be in the world you find you have to have some image and a profile out there.

“There has to be some version of your life that you put out there in the world for people to see and to comment on. But what if you want to change that? When I was a kid  I was a hippy, or a preppy and tried different ways of being. Nowadays I think it’s harder with social media, but the feelings are the same.”

Casting Ryann Shane in the role of Deanna was very easy according to Sedgwick. She said that they saw many girls but as soon as Ryann entered the room she “blew their socks off” and they knew she was the one. Sedgwick explained : “She is an extraordinary actor and she really related to this character. I do really believe after directing one film that casting is 90% of your job and if you do that well then with a good script you are more than halfway there.”

Sedgwick explained that being a couple helped her a lot when directing the movie. She said : “I think all actors need a different something, and we have a shorthand and I can say say just “faster and funnier and a little flair” and that works for him.”

She also explained that she drew on her work as an actor for inspiration as a director. “I learned about directness and clarity from Oliver Stone, and swiftness and economy from working on TV. I have worked with so many great directors and I have taken pieces from all of them.”

They make a very natural couple without too many airs and graces. When we asked whether Bacon will play in his wife’s next film Sedgwick confirmed she absolutely would and might just sign him up now. He meanwhile said he would be happy to take the part – even if it was just in catering….