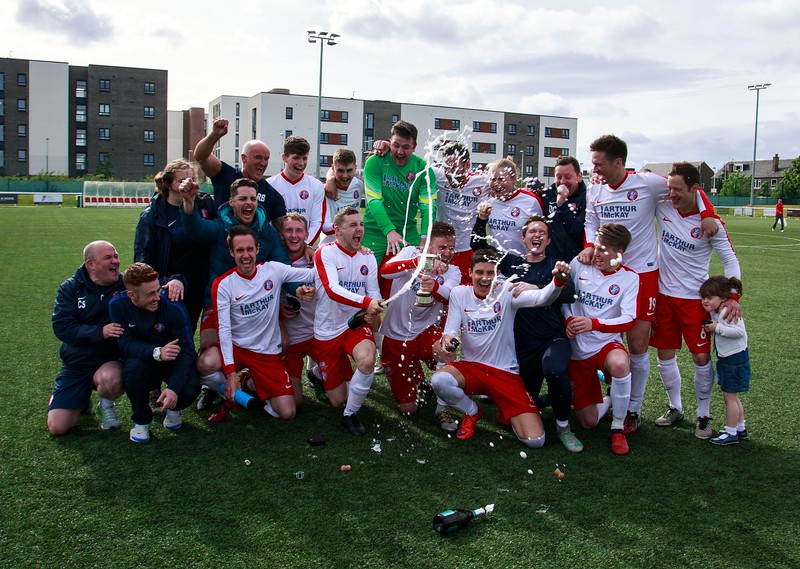 Spartans lifted the Geosonic Lowland League Cup for the first time when they beat BSC Glasgow 3-0 in the final earlier today.
Prolific scorer Ross Allum put the Ainslie Park men ahead in the tenth minute when he got on the end of a long ball forward that caught the BSC defender flat footed. Allum composed himself before firing past the advancing Stephen Barr in the BSC goal.
BSC looked to get back in the game and had the ball in the net a few moments later.
Their celebrations were short lived as the assistant referee flagged for offside.
Spartans doubled their lead midway through the second half when Blair Tolmie nodded in at the back post.
Craig Stevenson sealed the victory for Spartans in the closing stages when he got on the end of a Jack Beasley cross to slot the ball into the net from close range
Photos by Thomas Brown.