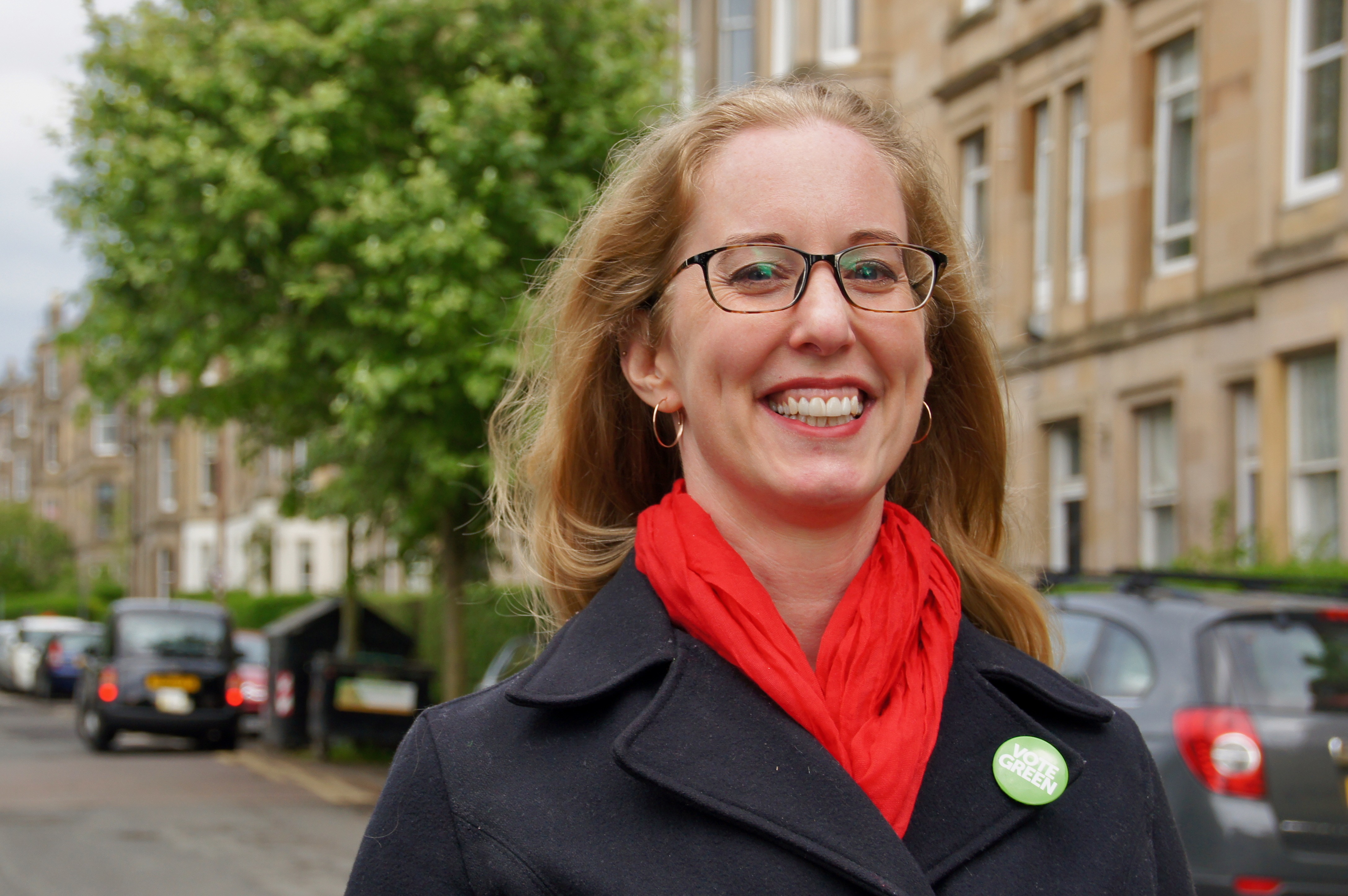 Lorna Slater is a chartered engineer and the Green candidate for Edinburgh North and Leith. She explained to us the tactics of only standing three Green party candidates in the whole of Scotland. “Our target constituency is Glasgow north where we are standing Patrick Harvie, but we also wanted to give voters in Edinburgh a chance to vote Green, and so Edinburgh North and Leith, greenest part of Edinburgh, here we are!”

We questioned Lorna over the Greens record as simply a prop for the SNP, at least in the Scottish Parliament. She put forward a couple of polices on which they will be campaigning. And she admitted that the Green Party don’t actually expect to win the seat she is contesting. You can watch and listen to our interviews below.

She said : “Our role in this election is to inject Green ideas into the dialogue, and make sure that at hustings those ideas are on the table. So we plan to replace our chaotic and cruel benefit system. with a simple payment for everybody. Every citizen would get a minimum payment which would allow them to have the basics of life. It is meant to prevent destitution.

Slater observes that paying for it will be easy. “One of the things that is important to know about the benefits system is that the cruelty of it is very short-sighted. Children who grow up in poverty when people do not get the social care they need to stay in their homes they get sicker. Cruel welfare systems costume country an enormous amount of money. Means testing costs an enormous amount of money. Sanctioning people costs more money than it saves. The existing welfare system doesn’t save the country money, it costs the country money. A simplified system would cost a lot less to operate. But everybody would receive a universal basic income. There would need to be some cuts to spending to things like Trident, Hinckley Point, things that are white elephants that do not benefit the average people. There is not a problem with paying for this. It’s investment in our future to make sure that every child grows up in a home where there is food and heat and not that constant worry of grinding poverty.

“The other topic we are very excited about is the transitioning away from fossil fuels to a green energy economy. The Green Party has the White Paper on the creation of 200,000 jobs in renewable energy in Scotland. Scotland has some of the best resources of renewable energy in the world.  We have to make some money out of all this terrible weather that we have. Wind energy, wave energy, tidal energy all of these can generate revenue, jobs. well-paid, interesting jobs for the people of Scotland.

Here you can listen to our longer chat with Lorna.