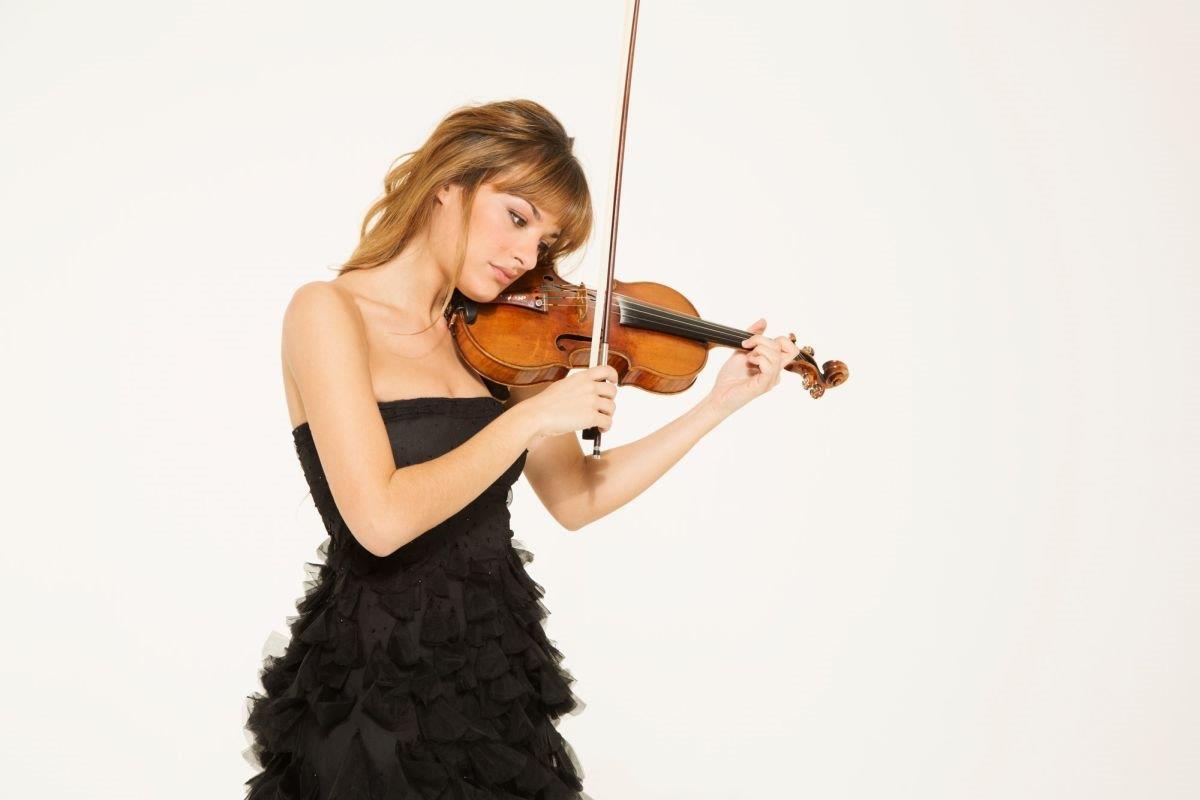 Next week at The Queen’s Hall they are hosting one of their favourite performers.

Nicola Benedetti MBE is performing with Alexei Grynyuk on piano. This will be an intimate evening’s recital followed by a Q & A with the doyenne of the violin.

Nicola will be playing a new programme of the Brahms Violin Sonatas 1, 2 and 3, alongside her duo partner, Alexei Grynyuk.

The Queen’s Hall is the ideal setting to showcase Nicola’s individual interpretation of exquisite smaller scale pieces and provides the perfect contrast to the orchestral repertoire that she performs more often in Scotland and the rest of the world.

Nicola Benedetti is one of the most sought after violinists of her generation. Her ability to captivate audiences with her innate musicianship and dynamic presence, coupled with her wide appeal as a high profile advocate for classical music, has made her one of the most influential classical artists of today.

Winner of Best Female Artist at both 2012 and 2013 Classical BRIT Awards, Nicola records exclusively for Decca (Universal Music). The enormous success of Nicola’s recording, Homecoming; A Scottish Fantasy, made Nicola the first solo British violinist since the 1990s to enter the Top 20 of the Official UK Albums Chart.

She is credited with broadening the appeal of classical music to young and new audiences through her extensive education work and appearances at events such the Commonwealth Games Opening Ceremony and iTunes Festival. Nicola was appointed as a Member of the Most Excellent Order of the British Empire (MBE) in the 2013 New Year Honours, in recognition of her international music career and work with musical charities throughout the UK.