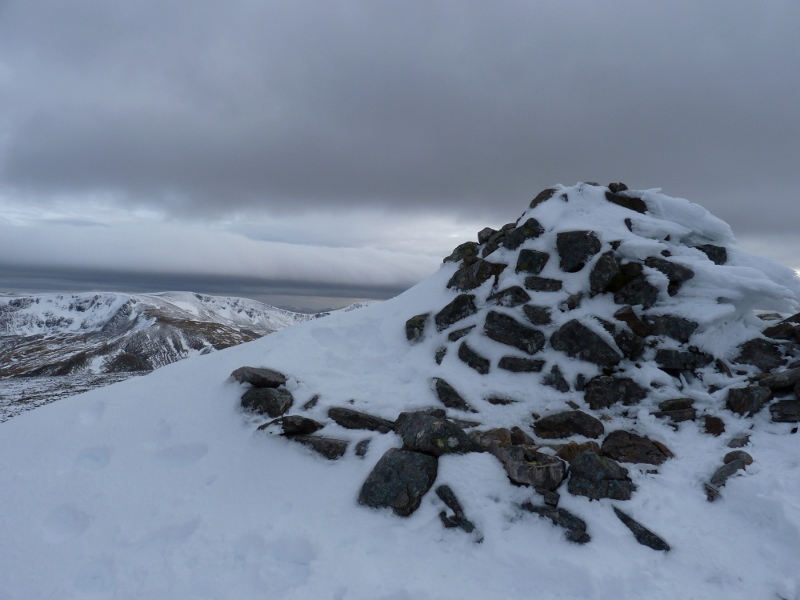 The hills are alive with the sound of…….a general election.  I was about the last person in Scotland to know, because on Tuesday I was away hill-walking in the wilds of Loch Laggan.  We came down from the snowy tops late in the evening and it wasn’t till the next morning that I saw Theresa May’s strained-looking face on the front page of the newspapers. She too had been to the hills, in Wales apparently, and had a vision of Tory supremacy beginning on 8th June.

What will it all mean ?  According to Mrs May it will mean a strong and stable government ready to negotiate a good deal over leaving the European Union. Though why a strong and stable government should make any difference to the terms on offer from the other 27 countries of the EU puzzles me. And what happens if her 20 per cent lead in the opinion polls turns out to be rather less by election day and the quirks of the electoral system give her just another small majority in parliament, or no majority at all?

According to Jeremy Corbyn’s Labour Party, the election will be a chance for “the people”  to reject Tory austerity and rise against the political and business elite. According to the other half of the Labour Party, it will be the end of Corbynism and a chance for the party to rebuild under a new “New Labour” banner.

According to Nicola Sturgeon and the SNP, it will be a chance for Scotland to reject the Conservatives and force them to concede a second referendum on independence.

And while all this high level posturing is going on, the local elections across the 32 districts of Scotland, and many of the shires of England, are being over-shadowed.  Although voters on 4th May will be asked to decide who runs their schools, care services, parks and libraries and who empties their bins and decides on planning applications, and, most importantly who levies their local taxes, I suspect most voters will be making up their minds on two quite separate issues…Brexit and independence.

We live in confusing times. And dangerous times, with populist fires raging across Europe and America, a tinder box in the Middle East and nuclear fission in the Far East.  What will the voters of France make of it all this weekend ? What will the voters here on May 4th and June 8th make of it  ?  Let’s hope that democracy produces one of its surprisingly wise results.

With so much gunpowder in the air, it wasn’t surprising that things became rather tense in the Scottish parliament this week. “Shame on you,” Ms Sturgeon told the Conservative leader Ruth Davidson over the so-called “rape clause”.  This is the strange new requirement in the UK tax credit system that women claiming tax credits for their third and subsequent children can only do so if they can prove the “extra” children are the result of rape.  What Victorian civil servant thought of that !

Ms Davidson has been trying to point out that the Scottish government could wipe that clause from the system by funding tax credits for more than two children but had chosen not to do so.  It would cost an estimated £30m a year.  However, she was seen to be defending the Westminster government’s “two children only” policy and the rape clause.  But, as I say we live in confusing times, and sometimes we are doing so deliberately.

Even our drinking habits are becoming confusing. There are now 115 different breweries in Scotland, according to the Campaign for Real Ale. And this week we learned that the number of distilleries has grown by 50 per cent in the last year. No fewer than 18 new distilleries began their magical operations in 2016.  No wonder the drinks giant Diageo is getting the shakes over the rise in the number of small independent producers. This week it announced that 100 jobs are to go across its plants in Scotland.

There’s never been any confusion about the life-saving spirit of the RNLI, our unique Royal National Lifeboat Institution.  It made the news this week for the remarkable story of two new female members of its volunteer crew in Anstruther.  They were called out to a rescue a boat which had suffered engine failure off the Fife coast. Danielle Marr (18) a pupil at Waid Academy left her science classroom when her pager rang and ran to the lifeboat station.  Louise McNicoll (30) left her two young children with her mother and dashed to join the rest of the crew.  They soon had the stricken boat under tow and, after months of training, their first real call-out was a flying success.

Finally, back to the hills. The photographer Colin Prior used a television documentary this week to warn that “herds of tourists” are in danger of spoiling some of our iconic mountain viewpoints in places like Glencoe.  He admitted that he doesn’t have an answer to the problem but is simply encouraging us to think of one quickly.  I suppose we should be managing the crowds rather better, so that we neither spoil the views nor spoil the experience of enjoying them.

I’d be surprised if there are any good suggestions in any party manifesto for either May 4th or June 8th.