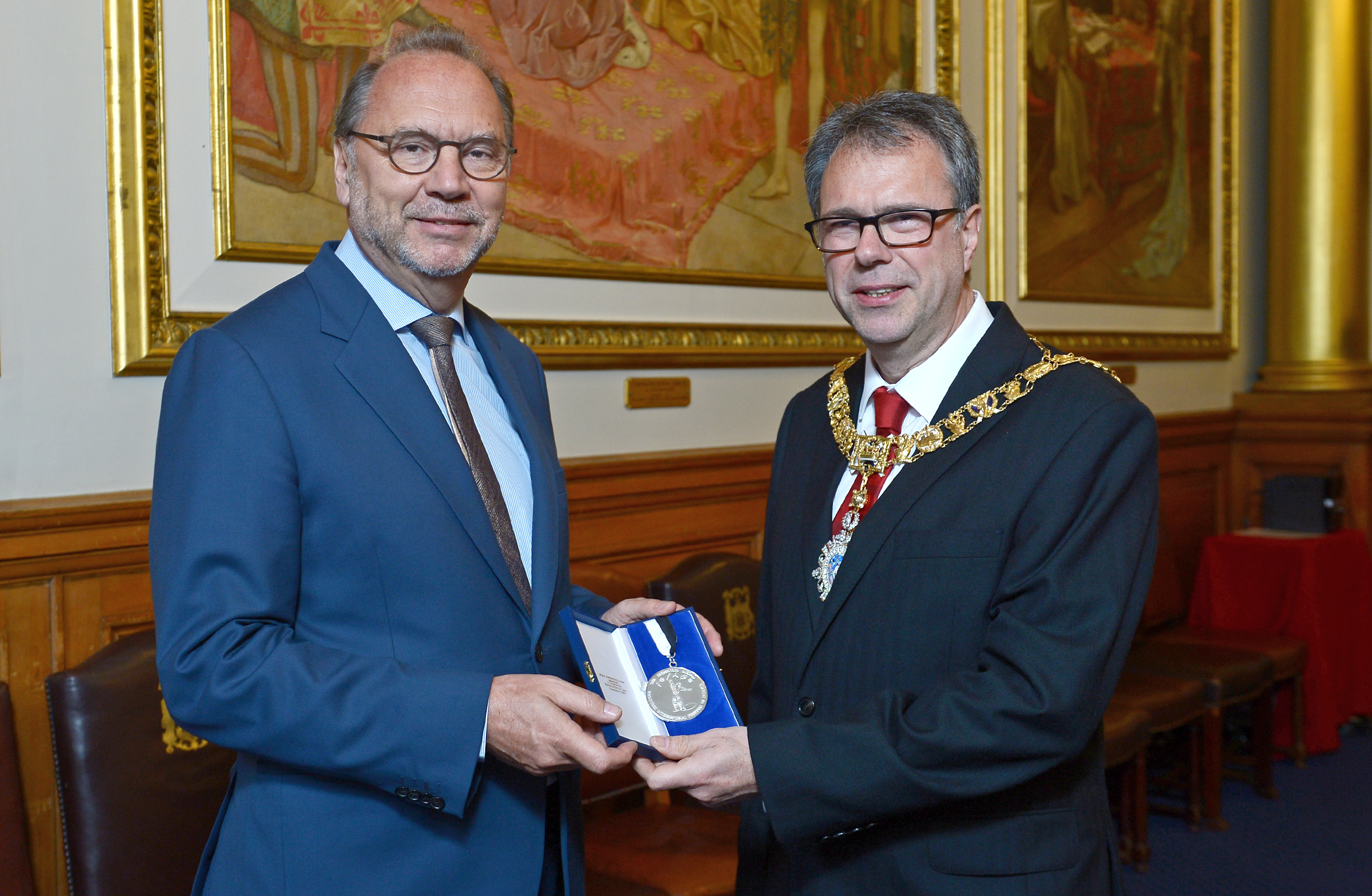 Professor Peter Piot has been awarded the prestigious Edinburgh Medal for his joint work into the discovery of the Ebola virus, and his subsequent work to stop its spread.  The award also recognises his academic and scientific work focusing on AIDS and women’s health in the developing world.

On Monday, 10 April 2017 at the City Chambers Professor Piot was presented with the Edinburgh Medal by the Lord Provost of the City of Edinburgh, the Rt. Hon. Donald Wilson.

Professor Piot presented his Medal Address Are We Ready for the Next Epidemic? to the audiences gathered in the Main Chamber. Professor Piot is Director of the London School of Hygiene and Tropical Medicine and a Professor of Global Health
His speech addressed the challenges that infectious diseases pose for the human race, the lessons learned from recent outbreaks and the ways in which we are preparing for future pandemics.
The Edinburgh Medal was instituted by the City of Edinburgh Council in 1988.

Each year this prestigious award is given to men and women of science and technology whose professional achievements are judged to have made a significant contribution to the understanding and well-being of humanity.