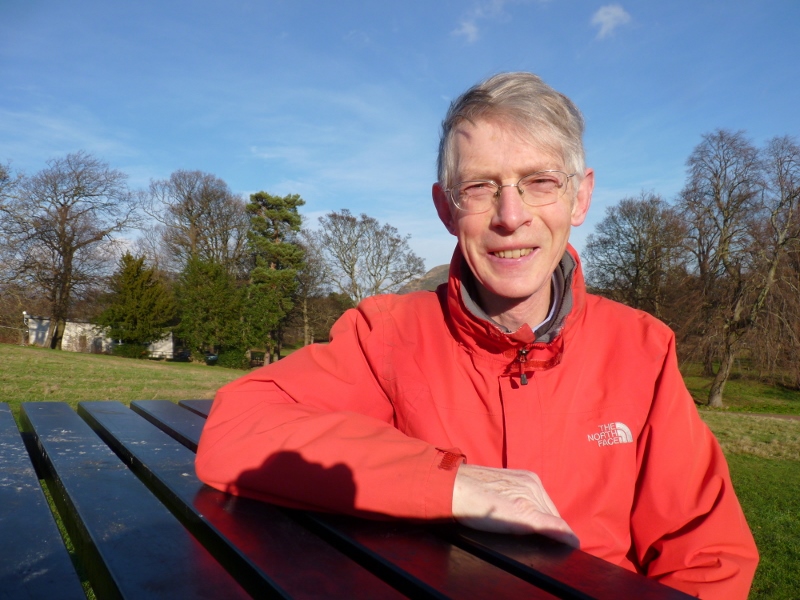 John Knox is the Liberal Democrat candidate in the Liberton/Gilmerton Ward. Those of you who read our weekly  Letter from Scotland column will be familiar with him as he is one of our journalists.

He lives in the ward and has stood three times previously. He said : “I think the election is going to be about Brexit and about the Union really, but I would like to see it about local issues. The Liberal Democrats are strong on Brexit. We are against Britain leaving the Common Market and we are for the union but also we have a lot of local policies that we want to put across.

“The big one is decentralisation. We want power to come back from Holyrood back to the councils. Local councils would be much stronger, and then we want the councils in turn to devolve some of their powers to local communities as well. That is one of our big, big projects.

Knox believes that power has become too centralised. He explained : “We have seen the police and fire brigades being centralised. The schools are threatened with being centralised, that would be dreadful. The Health Service is centralised already, so we have had enough of that and we want to get back to local decision making if we can.

“All of that comes back to finance in the end.”

On the subject of schools and whether councils should have more say in the way they are run, Knox believes they need more. “My own pet project  in this campaign is to recommend that Friday afternoons in every secondary school should be used for physical activity of some sort. I think Friday afternoons are largely wasted at the moment. And teachers should be paid extra, or sport instructors paid extra to come in and run physical activities from 2 till 4 every Friday afternoon for every secondary school pupil. It would fight obesity and would put people in a much better mood at the end of the week going off into their weekend.

As a fourth time lucky candidate, John is well-qualified to talk about this part of Edinburgh which he hopes to represent. “I have lived in this city for more than 30 years. I brought up my family here, and I have lived in this particular ward for 13 years. I have stood here three times before so I think I am committed to this area. But not just to this area. I am not a great believer in these very local campaigns. I think that people are elected like me for the whole city and should  take into account the good of the whole city, not just people here in Liberton.”