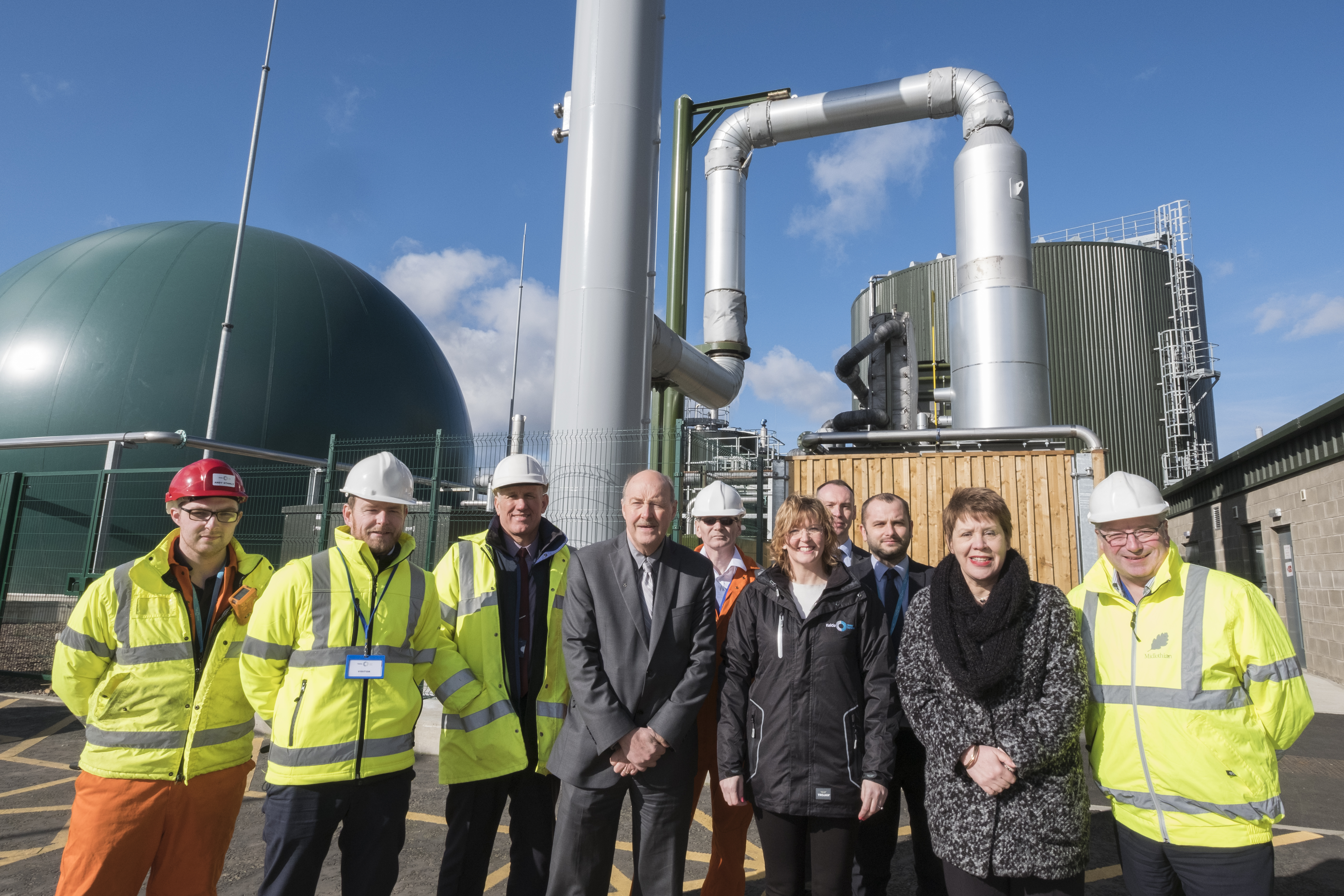 The plant was built by Alauna Renewable Energy a partnership of Kelda Organic Energy and Scottish Water Horizons, and it will recycle all the food waste from both council areas. The food waste goes in one end and the anaerobic digester then captures methane gas to generate renewable energy which Scottish Water will use at their local water treatment works.

Cllr Derek Rosie, Cabinet Member for Commercial Operations at Midlothian Council said, “”We’re absolutely delighted to officially open this plant today. We introduced food waste recycling just over a year ago and in that time, our residents have really embraced the opportunity to use their new food bins, pushing our recycling rate between June to September 2016 up to an impressive 57.3%. Knowing that this local plant can treat up to 30,000 tonnes of food waste is very impressive, it will certainly go a long way in helping us reach our Zero Waste targets while turning waste into energy and fertiliser.”

“By processing up to 30,000 tonnes of food waste a year – while recovering energy in the process – this treatment plant is essential to both councils’ ambition to drive the amount of waste sent to landfill down to zero.”