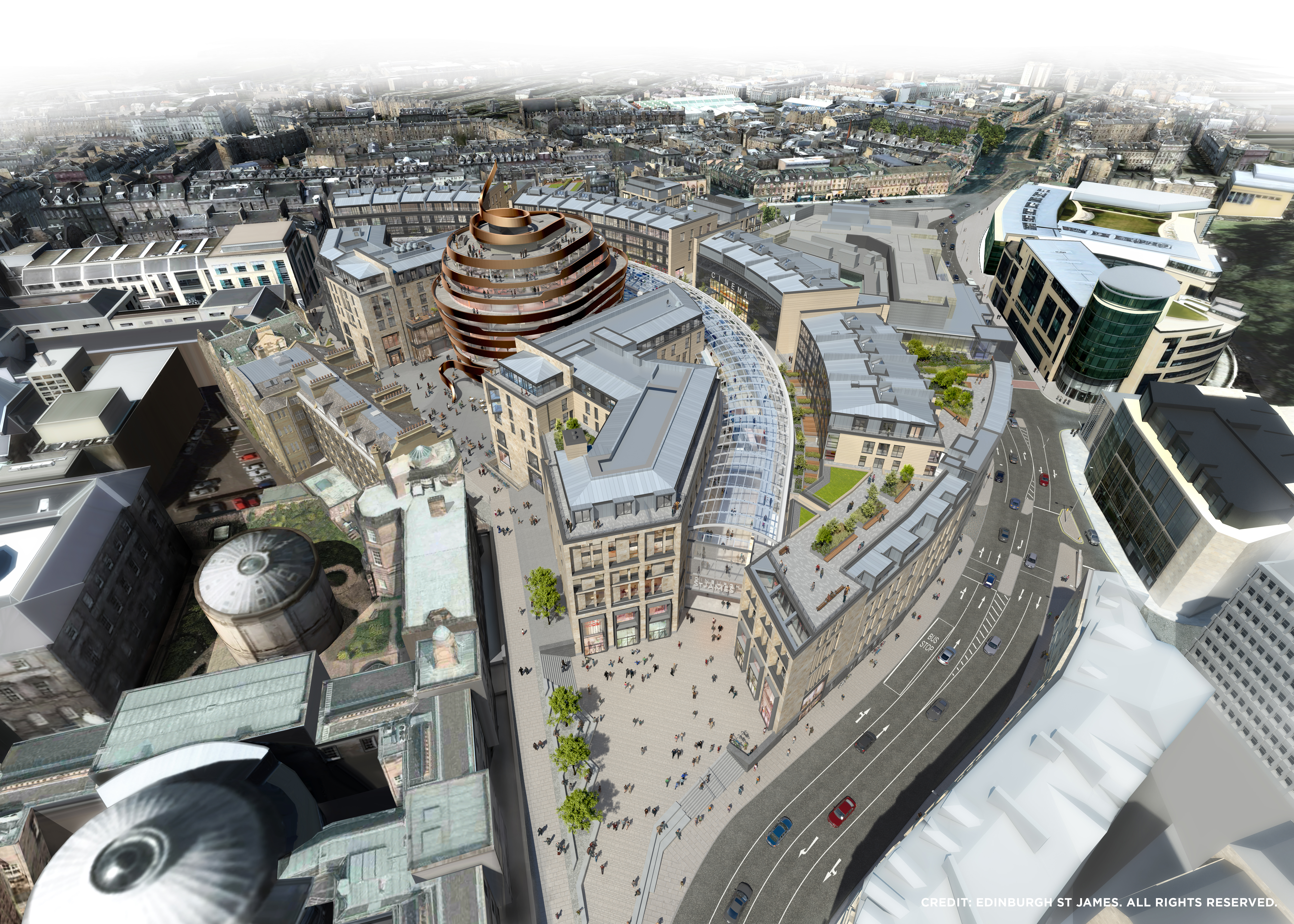 The massive Edinburgh St James development will have a huge impact on the east end of the city, and for a time it will also impact on traffic arrangements there, as first reported in the Broughton Spurtle. But the developers have agreed with the public transport providers and the council well in advance of the start date what the diversions are likely to be.

The Council Leader says in his report to go before the full council next week : “Later this month, the Transport and Environment Committee will consider a report outlining plans by the developer to carry out major essential works on Leith Street.

“Provisionally scheduled to begin after this summer’s festivals, the work would include closing Leith Street between its junction at Waterloo Place down to Calton Road to cars, buses and vans for 44 weeks. Access for pedestrians, cyclists and emergency services will be maintained throughout the works.

“We have been working extremely closely with the developer to identify the best way of carrying out these works safely and in a way that keeps the closure period to a minimum. We will continue to monitor the impact of the work and ensure the developer keeps the public properly informed at all times.” There is no real option to closing Leith Street from September 2017 until summer 2018. The scale of the work to be done includes moving a water main, diverting and upgrading gas pipes, installing a new foul and surface water drain and reconstructing the road afterwards.

Leith Street at the top near Waterloo Place is quite narrow and the developers, having taken advice, say that it would be too dangerous to allow all vehicles to pass through, even using one side of the street. The work will require excavation up to 6 metres deep meaning that a safety exclusion zone is critical as vehicles would simply pass too close to the excavation itself, endangering themselves and workers.

The developers say that their main concerns are to keep the workforce and the public safe and that it will in fact be quicker to close the street, do the works on the site and then move off again. They believe this is preferable to closing sections of the street and trying to work around it, although the final decision will be taken at the Transport and Environment Committee meeting on 21 March. The developer is investing £6million in rebuilding Leith Street including the upgrade of utilities as well as spaces for cycles and pedestrians.

Leith Street will be closed from Calton Road to Waterloo Place only. This will be the first phase of three. The works will then move on to Picardy Place roundabout, where the road will be realigned and resurfaced and finally York Place and Elder Street, where again there will be resurfacing and the junction will be improved. It is deemed essential to the timing of the whole Edinburgh St James project to phase the works in that order.

When finished there will be retail units at street level on Leith Street and the footpath there will be wider than before. With improved pedestrian crossings and repositioned bus stops, it is hoped that the whole area will be one of significant improvement.

For more information you can keep up to date here.