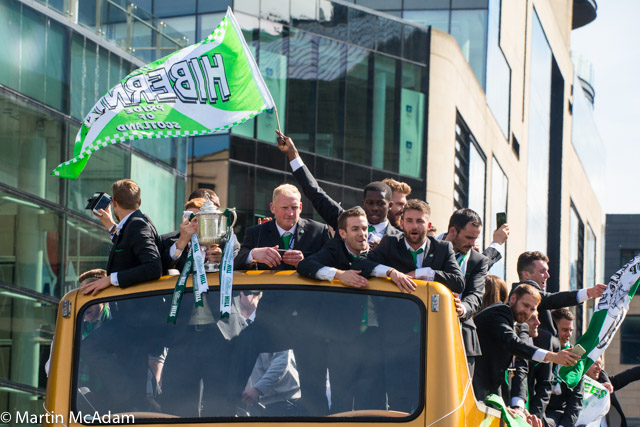 Hibs will face Aberdeen in the semi-final of the William Hill Scottish Cup.

The draw was made at Parkhead earlier today. Lisbon Lion Bertie Auld who also played for, coached and managed Hibs selected the ‘home’ teams  whilst former Aberdeen manager Alex smith selected the ‘away’ teams.

The holders qualified by defeating Ayr United 3-1 at Easter Road on Saturday whilst the Dons overcame Partick Thistle at Pittodrie this afternoon.

This will be Hibs fifth semi-final appearance in the last five years.

In 2012 Hibs beat Aberdeen at this stage thanks to goals from Garry O’Connor and Leigh Griffiths.

The game will be played at Hampden Park on either Saturday 22nd or Sunday 23rd April.

The other semi-final will be between Celtic and Rangers.