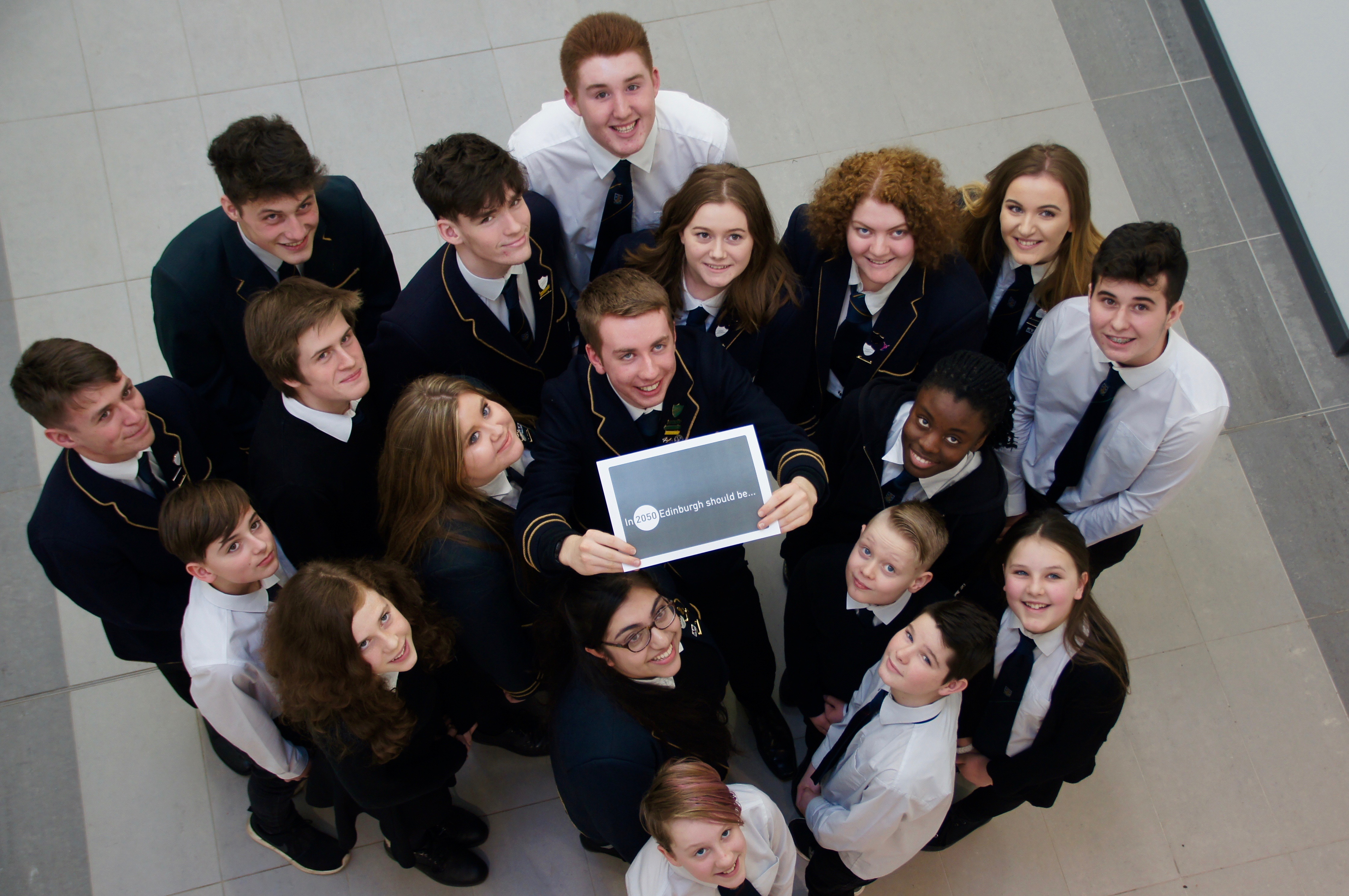 The Edinburgh Reporter went along to Portobello High School today where 20 of the secondary pupils were discussing some of the issues which have emerged from the discussion so far on the great citywide debate.

The 2050 Edinburgh City Vision was launched last autumn. It is designed to be a conversation as to what residents and those who do business here want to see the city become in the future.

The conversation has largely been taking place online here but you can also attend events when the discussion will continue. So far there have been 38 workshops, and there will be more than 40 more by the end of this month. Online discussion uses the hashtag #Edinburgh2050.

The City Council is not leading the debate, but it is facilitating it, and it was a council officer who led the pupils’ conversations today. Their thinking was largely similar to many of the ideas which have emerged from the 5,700 contributions made to the online conversation thus far. Who does not want to live in a happy healthy city after all?

See what they had to say here:

The draft #Edinburgh2050 has been published and pupils at @PortobelloHigh debated the issues today! pic.twitter.com/PouTWkPhWH

The city’s strengths on which any forward vision is based are also largely what you might think of : quality of life, great architecture, small compact city, unique setting, green spaces, safe and walkable city with universities and financial businesses. But there are also challenges with the population growing and ageing and infrastructure changes required to deal with that. Read the initial findings at the bottom of the article.

You are invited to contribute to the ongoing #Edinburgh2050 discussion by registering and having your say here. http://edinburgh.org/2050-edinburgh-city-vision/

Andrew Kerr, City of Edinburgh Council Chief Executive, said: “A great city is one which commits to sharing success and improving the well being and life experience of all its citizens. The feedback so far confirms the Edinburgh of 2050 should be a place without poverty or barriers to achievement, where instead a good quality of life is a basic requirement enjoyed by all.

“This is a vision for the city by the city and I thank everybody who has taken the time to share their Vision for Edinburgh. There is still much work to be done and the next few months will be a busy time for the project as we prioritise activities to engage our young people. We will be speaking with up to 4,000 school children to hear their views and undertaking curriculum-based activities alongside work with our Universities and Colleges. After all, it is the students of 2017 who will be our city leaders in 2050.”

Pippa Watson, Head Girl at Portobello High School, said: “It’s really important that young people are involved in Edinburgh 2050 City Vision as we are going to be the adults of the future. We should be involved early in the process as we can bring different viewpoints to issues such as transport and the environment.”