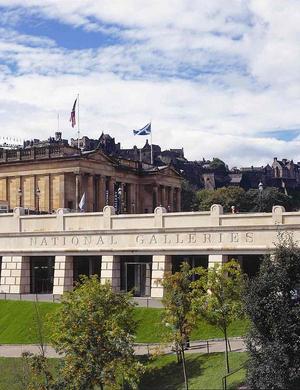 A protest is planned for this evening at 6.00pm at the pedestrianised area at the foot of The Mound by the campaign group Scotland Against Trump.

This Emergency Protest follows the executive order published by President Donald Trump on Friday 27 January 2017, banning anyone from seven countries: Iran, Iraq, Libya, Somalia, Sudan, Syria and Yemen from entering the US. This stops the entire US refugee programme and until intervention from the UK’s Foreign Secretary, would have affected those with dual citizenship.

Sir Mo Farah is perhaps the most high-profile US resident who believed he would be affected, but the UK Government has now secured agreement that he will be allowed to travel back to the US where he has lived and trained for six years. Sir Mo was born in Somalia and came to the UK as a child.

A Glasgow vet who has an Iranian passport was caught up in the travel ban flying home from Costa Rica, but was able to get home avoiding her planned route through New York thanks to a crowdfunding appeal.

Many flying in from the seven countries have been detained at airports across the US over the weekend. Crowds of protesters and immigration lawyers have been present at airports to draw attention to the government action and to try to offer help.

Meanwhile there is a petition to the UK Government seeking that the planned State Visit this summer is downgraded to a less formal affair, thus avoiding embarrassment to Her Majesty the Queen. One million people have now signed this.

As it stands Parliament is obliged to consider this petition for a debate, but the BBC is reporting this morning that a Downing Street source has said the visit will go ahead.

Other events will be held in Dundee, Glasgow, St Andrews and Aberdeen today as well as in London and Cardiff and other towns across England and Wales.

March Against Muslim Ban is planned for 4 February 2017 outside the Scottish Parliament from 11.00 till 14.00. The prospective route is :
– Begin at Assembly Hall on the Mound
– Follow Bank Street to High Street
– Proceed along the Royal Mile
– End at Scottish Parliament
A further protest in Edinburgh is planned for 11 February 2017 at the Edinburgh North and Leith Conservative Association 67 Northumberland Street, EH3 6JG beginning at 12.30pm.