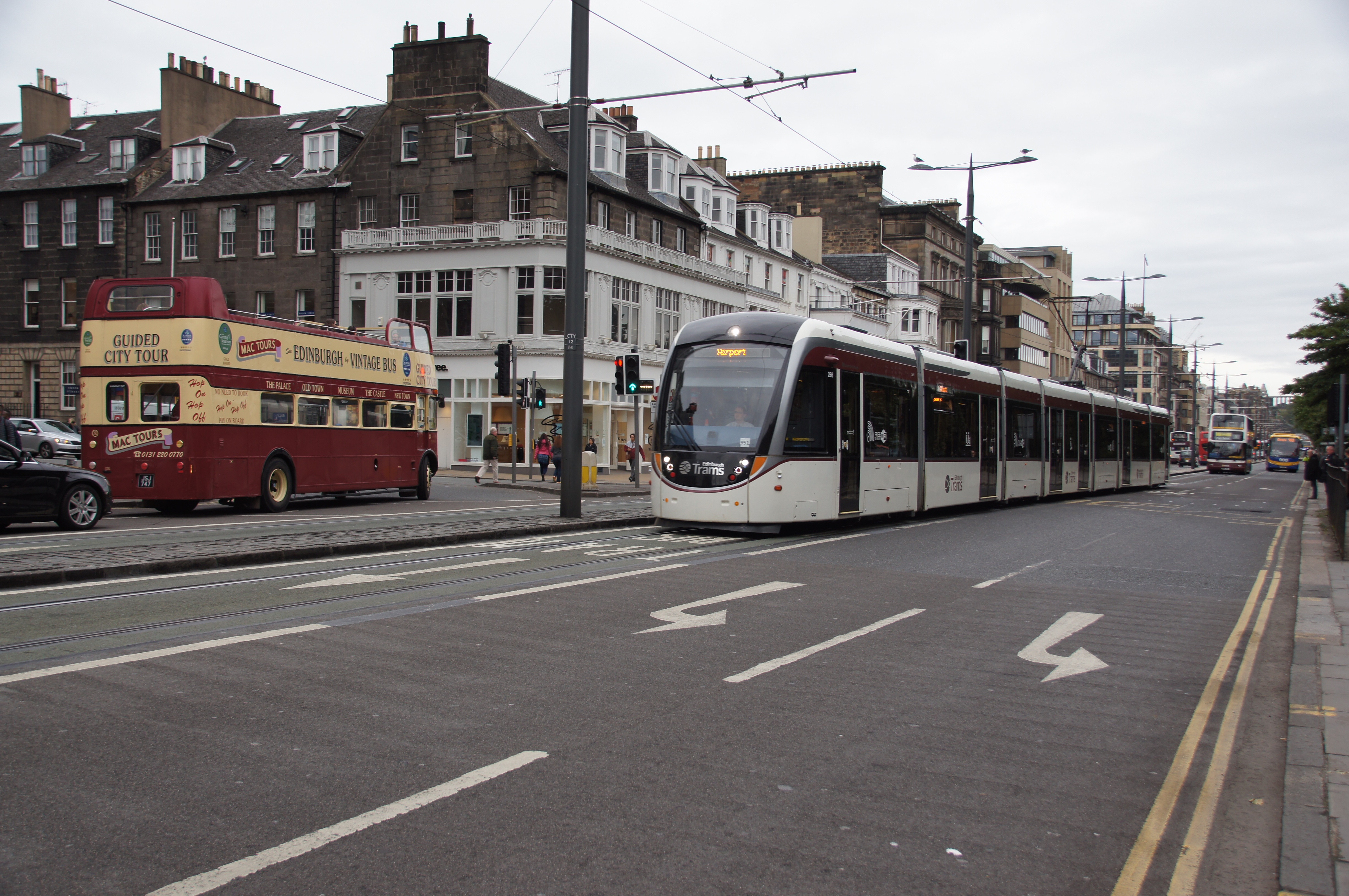 Edinburgh Trams report today that more passengers have used their services with figures released that show a 10% growth year on year.

5.6 million passenger journeys last year are being billed as a success for the tram company by their General Manager Lea Harrison.

She said: “We are continuing to perform way ahead of our business model targets and we’re absolutely delighted to be able to demonstrate that both the people of Edinburgh and visitors to the city are using our services in such significant numbers.

“The tram has now firmly established itself as a major part of the city’s public transport infrastructure and, as we continue to make service improvements we hope to attract even more customers in the future.”

Changes made during last year include an increased service with trams now running every 7 minutes including weekends, so if you think you see more trams on our streets then you are correct!

Since the launch in 2014 the tram has had an uphill struggle to convince the most vehement of opponents that it would work, but the tram company operating under the umbrella company Transport for Edinburgh is determined to show that it is now a commercial success.

George Lowder, Chief Executive of Transport for Edinburgh, said: “Edinburgh Trams has demonstrated another strong performance in 2016, proving that it is a key part of Edinburgh’s integrated transport network.  These results are very encouraging. The growth in patronage shows an increase in people using public transport who previously were not.  2016 was a year of service enhancements introducing faster, more frequent, services and the hard work undertaken by Lea and the Team at Edinburgh Trams has paid off, with this positive result.”

A decision on the projected extension of the tramline will be taken in Spring 2017, but whether that will be before or after the council elections is not yet clear to us.

In November 2015 the council were advised that a proposed extension to Newhaven would make money for the company, and that it would support growth along the most densely populated area in the city along Leith Walk. The council approved the extension in principle, and now an information gathering exercise is underway to establish how it will be funded and built, subject to final approval as to the route and the financing. The initial investigatory stage will cost £3.25 million which is covered out of previous dividends paid by Lothian Buses, but some extra funding by the council would be required if tram passenger numbers fell by more than is forecast.

The council has proposed to fund the tram extension by way of special dividends payable by the arms length company Lothian Buses over four years, but the council were anxious to make sure that the company could pay those dividends without affecting their main business. The Chief Executive of the city’s bus company confirmed in writing in 2015 that the company had factored payment of  the dividends into their financial model.

All in all news of passenger growth on the tramline is good news which the politicians welcome.

Transport Convener Councillor Lesley Hinds said: “These are fantastic figures, showing that trams are continuing to build on their success as an important part of the Capital’s growing public transport offer. With the outstanding 97% passenger satisfaction results from the most recent survey, Edinburgh Trams have a great deal to be proud of – congratulations to everyone there, and keep up the good work!”

Transport Vice Convener Councillor Adam McVey said: “Edinburgh Trams are going from strength to strength, performing ahead of targets and adapting and evolving their service to meet their customers’ needs. This welcome increase in passenger journeys shows the continued – and growing – appeal of public transport to residents, commuters and visitors as a way of getting around and exploring Edinburgh.”