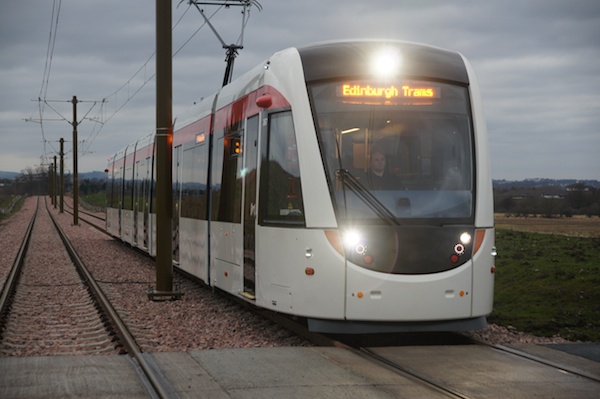 It appears that many people ditched the car and took the tram home after the Hogmanay celebrations.

Between midnight and 5:00am more than 5,000 people used the tram meaning that extra trams were brought out to cope with demand.

Edinburgh Trams General Manager, Lea Harrison explained: “Throughout the early hours of New Year’s Day, many trams were at capacity with thousands of people using the West End stop.

“Both the airport and park and ride were also busy destinations after midnight and, right across the network, we were pleasantly surprised by the number of people taking a tram to get around.

“What’s more, no major issues were reported and everyone was very well behaved. For the tram network, it was a great way to see in 2017 – serving the people of Edinburgh by helping them to enjoy a safe journey home after the spectacular Hogmanay celebrations.”

Penny Dougherty, Director of Edinburgh’s Hogmanay, commented: “To have free Hogmanay trams running after the bells for the first time this year, was a great start to 2017 for locals and visitors celebrating across the city. As can be seen by these figures, thousands of New Year revellers have taken up the offer of a free ride home from Edinburgh Trams and it’s great to see them providing such a popular service for the city.”