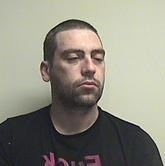 Two men and a woman have been convicted of various offences including drugs supply and possession of a sawn-off shotgun in the Edinburgh area.

Darren Docherty was also convicted of possession of a sawn-off shotgun.

All three were targeted as part of Operation Erpand, one of Edinburgh CID Proactive Unit’s principal operations tackling serious and organised crime and drugs activity in Edinburgh.

The three will be sentenced on 20th December 2016.

Detective Chief Inspector Martin MacLean, Head of Crime Operations for Edinburgh CID said: “The CID Proactove Unit’s primary role is tackling serious and organised crime in Edinburgh, with a particular focus on firearms, drugs and the financial gain made by those involved.

“This operation represents success on all those fronts, with the recovery of a significant quantity of drugs, a sawn-off shotgun and a substantial cash sum.

“The disruption of drug activity and organised crime is a key priority for Police Scotland and we continue to actively target those who seek to supply drugs and access firearms in our community.

“I would encourage anyone to report criminal activity in their area by contacting police on 101 or anonymously through Crimestoppers on 0800 555 111”.