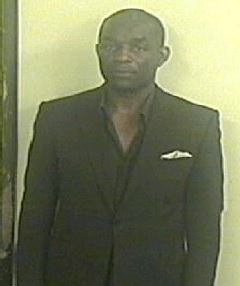 A man responsible for a large-scale fraud has been jailed.

At the High Court in Edinburgh, Stephen Farley was sentenced to seven years in prison for creating and operating a Ponzi-scheme that defrauded victims of millions of pounds.

Farley approached a number of individuals and convinced them to buy into his company with the promise of increasing their investment substantially.

However, those he targeted were not reimbursed and in total Farley was able to acquire millions of pounds from them.

Detective Inspector Arron Clinkscales from the Economic Crime Unit said: “Stephen Farley came across as a legitimate business man and presented a very enticing offer to his victims, which convinced them to invest heavily in his company.

“From the outset, Farley has deceived each investor and was never able to provide them with the financial rewards he had promised them.

“Farley has proven himself to be motivated solely by money and has given no consideration for how his actions would impact on the people who sunk their savings into his Ponzi-scheme.

“The sentence handed to him reflects the joint commitment of Police Scotland and the Crown Office to bring those responsible for crimes of this nature to account and provide justice for victims.”