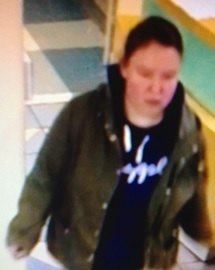 Police are seeking the assistance of the public to help trace a 25-year-old woman reported missing.

It is believed Laura may be attempting to travel to the Portobello area and police are keen to trace her as quickly as possible.

Laura is from Warrington and is unfamiliar with Edinburgh having arrived in the city on Thursday, October 27th. She is described as around 5ft 4ins tall with brown/red long hair, medium build and has an English accent.

Inspector Scott Trevis who is based at Howdenhall said: “From our initial inquiries we believe Laura intends to travel to Portobello however she is unfamiliar with the city and may have asked for directions from members of the public.

“We urge anyone who has spoken to her since around 2:15pm on Thursday to contact police immediately.

“Likewise, we want to speak to anyone who remembers Laura on the number 11 bus service on Thursday afternoon.”

If you have seen Laura or have information on her whereabouts please call Police Scotland on 101 or speak to any officer.