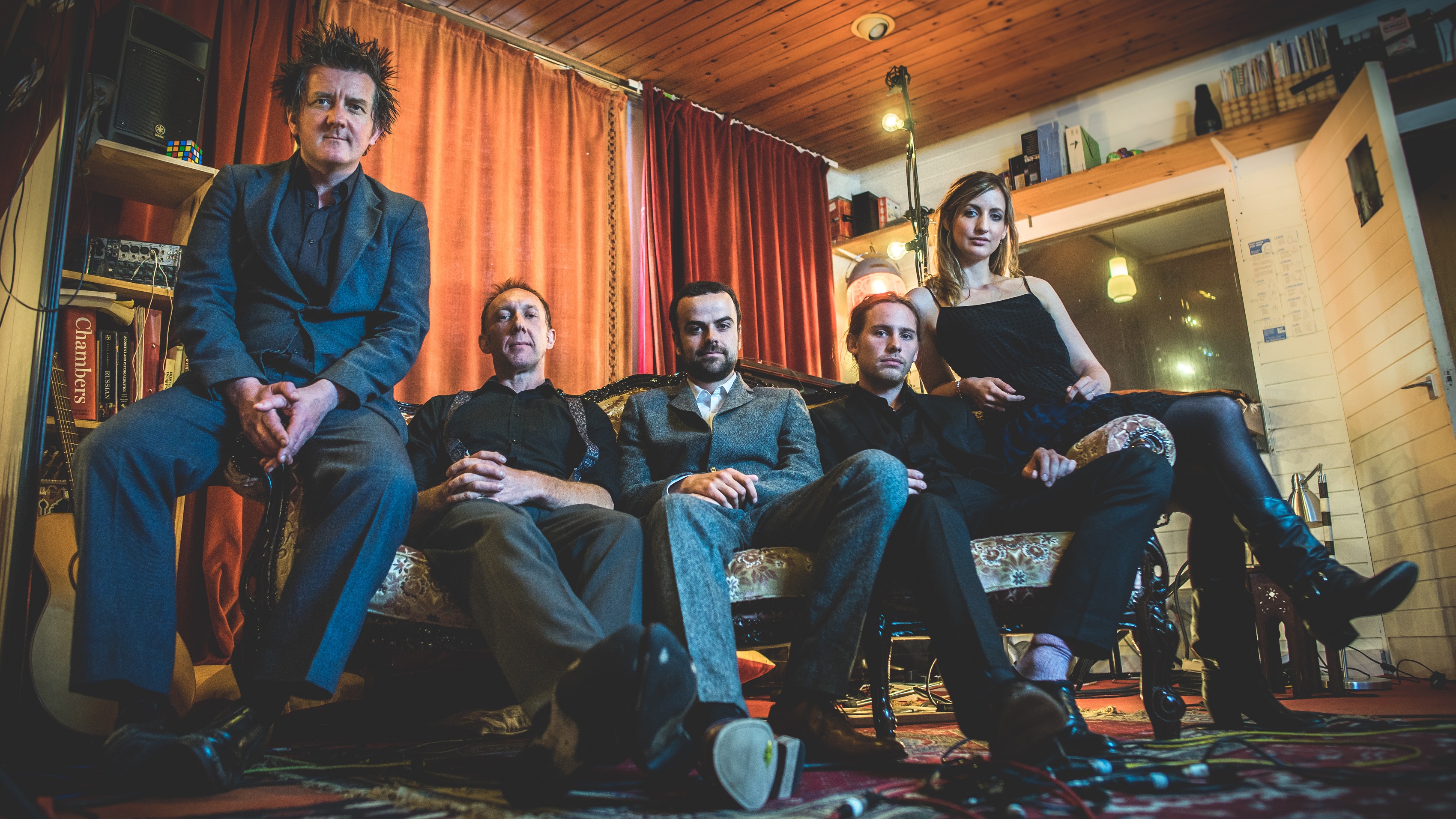 Edinburgh based string band Southern Tenant Folk Union are back in the capital on 23rd November at the Scottish Storytelling Centre, 8pm (Tickets £12)

September 2016 witnessed the release of the seventh Southern Tenant Folk Union album Join Forces. It was written following the May 2015 general election result, and then recorded in June and July this year amidst a quickly changing political landscape, something that has made the suite of songs seem timelier still. The band will be touring to support the release throughout the remainder of 2016 and into Spring 2017.

Musically the album harks back to the more roots and bluegrass sounding earlier albums and is divided into two main strands. Firstly there are some tracks which have a much poppier and melodic approach than in the past. Songs such as the dynamic opener To The War, the frantic Arthur Lee & Love influenced The Media Attack, Rory Butler’s Carefully Does It and the title track Join Forces. Then, secondly, several songs deliberately take in more old-time bluegrass chord sequences and sounds. Tracks like Ash, a metaphor for political progress meeting the sci-fi eco movie Silent Running, and the uptempo bluegrass lament that is Our Revolution It Will One Day Come which concerns the slow nature of change. Plain Stanley Brothers style A cappella harmony vocals start off My Grandfather’s Father before mixing in folk fiddle & percussion breakdowns and then there’s the anthemic What Would You Give For A Leader With Soul?, to be released as a single on Sept 2nd 2016.

Their previous album, the acclaimed and politically themed The Chuck Norris Project, was a diverse mix of classical, soundtrack, folk and jazz influences so it feels natural for a more straightforward album to follow it. The songs themselves mostly came together in the days immediately following the conservative party’s general election victory and were initially rough sketches of protest and pain at the thought of the five years ahead. And while written in the wake of that election result and the accompanying Labour party leadership election it now comes as an interesting coincidence that in 2016 as the new tracks were being recorded and worked on in June & July there was again turmoil in politics with the vote to leave the EU bringing us a new Prime Minister and yet another Labour leadership contest.

Whilst it does look back to an earlier Americana and old-time sound the whole thing is still subtly different to anything the band has recorded before. Containing three ‘question songs’ in the Pete Seeger/Phil Ochs style, the first of these is the single What Would You Give For A Leader With Soul? about the hope of better leadership, that growing pent up desire for higher standards in politics and political leaders, the same desire that has seen the grass roots popularity of Jeremy Corbyn here in the UK and Bernie Sanders in the USA. Secondly comes the professional politician on the campaign trail and their sincerity with Were You Faking When You Kissed Her? The third ‘question’ track is the country rock era Byrds-flavoured What Kind Of Worker Do You Want To Be? and looks to mix the politics of unionising and solidarity with campfire song folk.

Returning to the album title, it was the vote to leave the EU that eventually decided what it should be. And Join Forces itself is a big pop bluegrass groover featuring call and response backing vocals and lyrically is about the idea of people from the same country, town or street on opposite sides of a futile military conflict. The title’s double meaning itself being an invitation to create a more hopeful future.

Lead singer and guitarist Rory Butler pens two tracks for the record, firstly the opening cut To The War reflecting on the frustration of us all being complicit in war abroad and in despair at the ‘war’ on those least fortunate in our society. The second track, Carefully Does It, brings a 70’s pop almost Jimmy Webb styled sensibility to the album powerfully utilising the big band acoustic sound of Southern Tenant Folk Union.

A strong flavour of Scottish folk also runs across the whole record with the exciting and daring fiddle playing of Katherine Stewart intertwined throughout. Plus Katherine and percussionist Steve Fivey specially wrote the Islay Crossing Set which features three original tunes – of sometimes fiendish complexity, dynamic rhythmic impact and stark beauty – that demonstrate the link between folk and bluegrass and their relation and common currency over time.

Once again recording and mixing, on his fifth consecutive album with the band, is Tim Matthew. Even though he now lives in Shetland he was miraculously free for four days between two stints of Lau touring (he is their long time live sound engineer). His relaxed manner, skill at getting good performances and his expertise in microphones, recording and all the technical aspects made the album another successful and enjoyable experience. Stylised album artwork with a striking black and red colour theme comes from double bass player Craig Macfadyen and also for the first time there’s a live in the studio video, Rory’s song To The War filmed and edited by Sandy Butler.

Finally, the nature of the political protest music that inspired these songs stretches back, long before Woody Guthrie, back before Alan Lomax finally captured the ancient lyrics of hope and despair in a recorded form. It is the history of the struggle for rights and the battles whether they were won or lost. And that story still continues with this album, amongst the many other folk albums of conscience being released, and Southern Tenant Folk Union doing the little they can, contributing in some small way to the debate about progress.