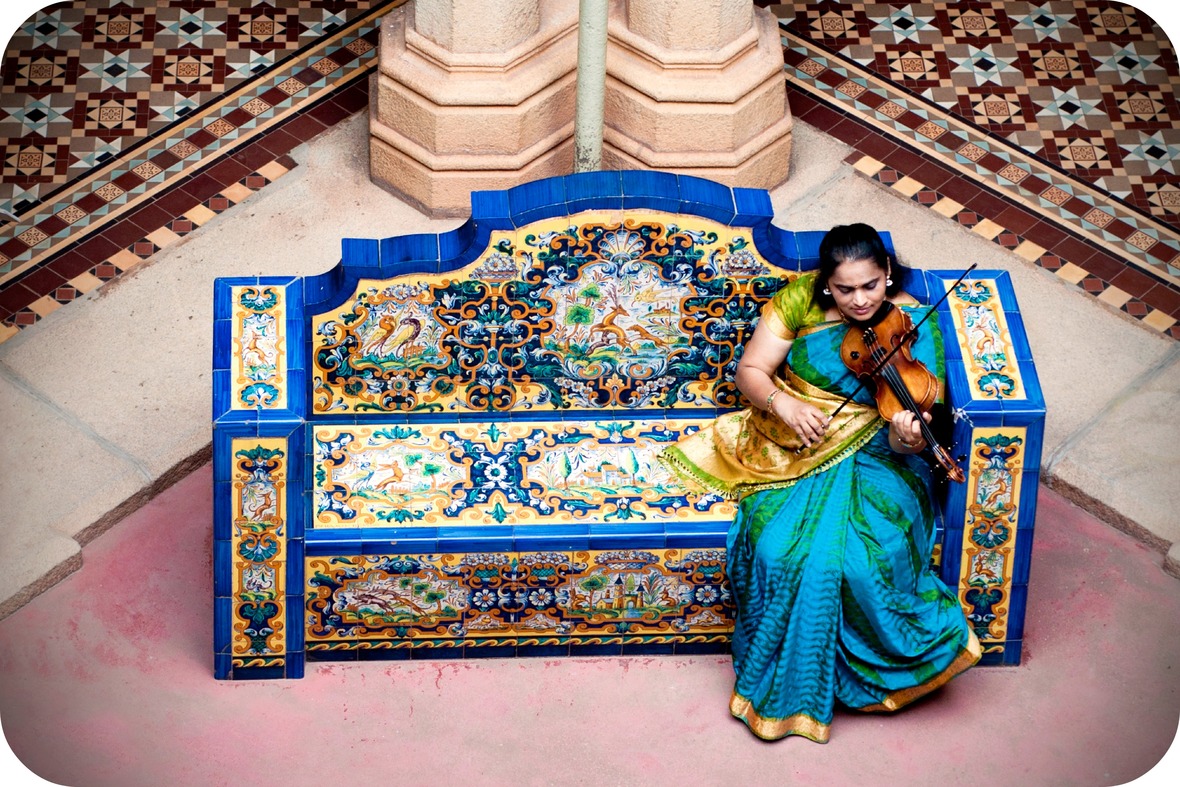 This time last year Indian violinist Jyotsna Srikanth was preparing to perform at Wembley Stadium with the London Philharmonic Orchestra in front of 60,000 people in a concert to mark Indian Prime Minister Narendra Modi’s first visit to the UK. On Thursday she’ll be appearing in the Jazz Bar in Chambers Street with her own group, Bangalore Dreams, but having played there before she’s just as excited about playing in this much more intimate setting as she was about walking onto the Wembley stage.

“The concert for Modi was an amazing experience,” says the violinist who trained in both her native Carnatic tradition and in western classical music. “It was particularly special because I’d been asked to perform my own orchestral composition, Indian Spring, which is a six part suite. It was one of these rare occasions that can happen to a musician but I get a thrill from every concert and the Jazz Bar has a great atmosphere.”

Playing in front of the big Wembley crowd, Srikanth says she didn’t have time to be nervous as, in addition to her performance with the LPO, she was also given the responsibility of conducting a massed choir of school children in singing both the Indian national anthem and God Save the Queen.

“It was actually a relief to play the violin and quite relaxing to be doing what feels natural to me, something I’ve been doing since the age of six,” she says. “There’s something comforting about feeling the violin under your fingers even if I don’t usually look out from the stage and see so many faces.”

Srikanth only turned fully professional as a musician when she and her husband, who works in IT, moved to the UK after he was offered a promoted position in London. Back in India, she had two jobs – violinist and pathologist – although she managed to pack in plenty of musical experience, clocking up innumerable concerts and playing on some 250 Bollywood soundtracks.

She still has two jobs but one of them is artistic director of London International Arts Festival, which takes place in venues including the Southbank Centre and which she set up herself to bring talented but lesser known musicians from across the world to wider attention.

Two such musicians are her colleagues in Bangalore Dreams, keyboards player Varun Pradeep and drummer-percussionist Gopi Shravan, who are among India’s top players and have flown in specially for the current UK tour.

“They’re a lot of fun to play with,” says Srikanth. “They’re very serious about their music but they’re always looking to try new ideas and to bring modern ways of playing together with traditional styles. People will love the drummer especially as he can play
Indian percussion, is a fantastic, swinging kit drummer and can sing what we
call konnakol – a way of vocalising percussion sounds. We call this our secret
weapon. It’s the Indian equivalent of beatboxing.”