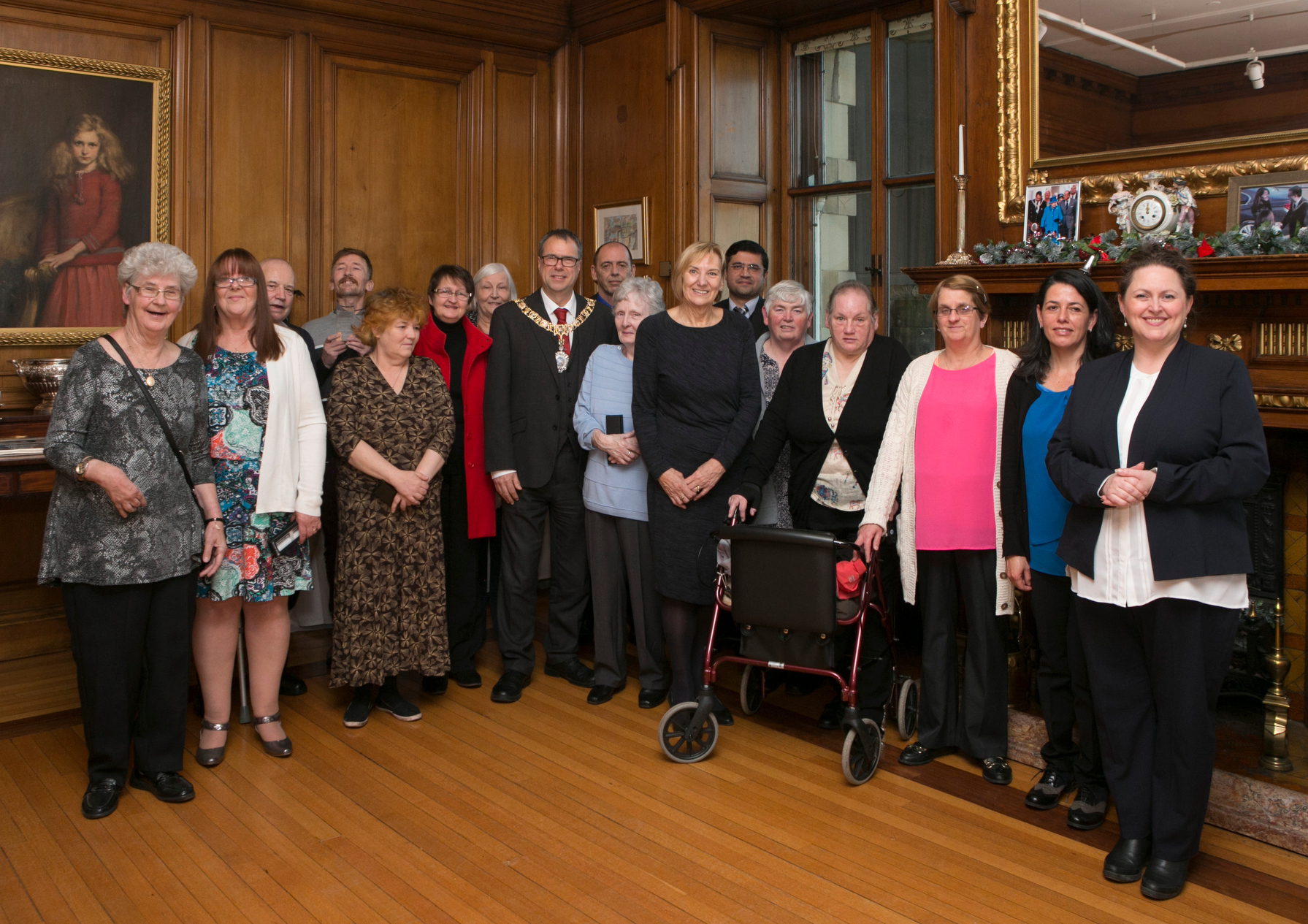 Four winners were given glass trophies.

Linda Orr, Sandra Seaton and Jackie Brunton won for all the help they give to their neighbours, collecting prescriptions or doing shopping and housework. Alistair Blakey was nominated for all the work he does picking up rubbish in the Jewel Park. Sandra will receive her award later but the other three attended the civic ceremony at the City Chambers as you can see from the photos.

Lord Provost Donald Wilson said: “As Civic Leader I am delighted to present these awards here in the civic heart of the city as people like you are the heart of the city. Wanting to help those around you makes you the sort of people that make Edinburgh the great city that it is. You are the glue that holds our community together and makes the world a better place.”