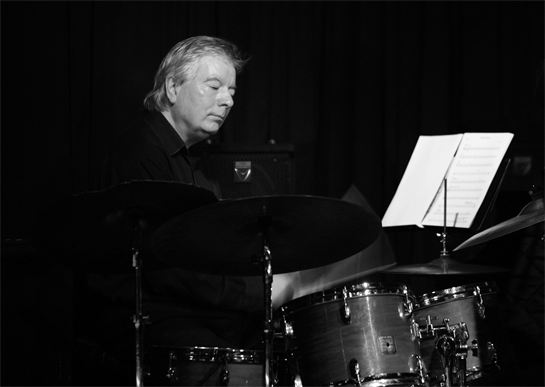 Edinburgh musicians and gig-goers are heartbroken after learning that Bill Kyle, best known as the founder of The Jazz Bar, has passed away suddenly at the age of 70.

A passionate jazz drummer and champion of Scottish music, those who knew him best described Bill as a quiet and generous man, enthusiastic about music and always supportive of young talent.

Friends, colleagues and fellow musicians gathered in The Jazz Bar, which was briefly closed to the public on Monday evening, to honour Bill with an impromptu and emotional tribute featuring performances from local musicians. The venue then re-opened for scheduled performances at 11pm.

A spokesperson from the Jazz Bar said: “Bill managed to create an amazing place here, all we can do is hope to build on what he started and keep it all about the music.”

It is believed that the ownership of The Jazz Bar will now pass to Bill’s wife, and meantime the business is open as usual.

Bill was originally from Dunfermline and became a legend of the Scottish music scene starting in the 1970s with his band Head, who were by many accounts Scotland’s first major Jazz Fusion band. The band released three albums and garnered much critical and popular success. He went on to live and work in Glasgow for 12 years before moving to New York and then London, juggling his passion for music with a highly successful IT business.

Alongside and as well as his own musical endeavours, Bill helped build a network of jazz musicians throughout Scotland with a non-profit organisation called Platform and subsequently with Bridge Music, which was founded in 2002.

The original Jazz Bar venue on South Bridge opened in April of 2002 but the venue was destroyed after just seven months following a fire which damaged several properties on the Cowgate. Undeterred, he went on to re-open the Jazz Bar in its current location on Chamber Street in July 2005 and it has since gone on to become Scotland’s premier jazz, funk and blues night venue, hosting both local grassroots talent and international acts.

Dozens of touching tributes have been paid on the bar’s Facebook page and other social media, from local musicians working in the Edinburgh scene to international performers who owe Bill their first gigs.

The future of The Jazz Bar remains positive, with the venue vowing to carry on programming live music in Bill’s honour saying on Facebook : “Many of you will have questions concerning the future of JB but we assure you that we will carry on his legacy of having The Jazz Bar at the heart of Edinburgh’s live music scene.”