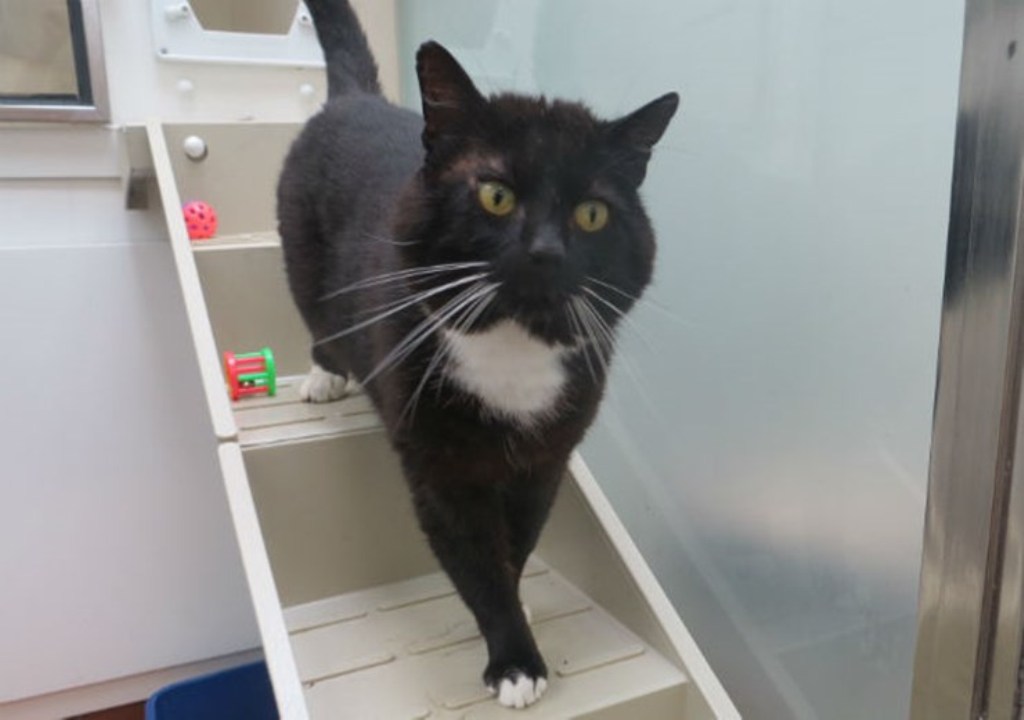 The Scottish SPCA is seeking a special home for a cat who has faced over 200 days of rejection.

Henry, a black and white male, came into the care of the charity’s Balerno centre in March after he was found as a stray with injuries to his face.

Seven months on, Henry has attracted very little interest from potential new owners and staff are keen to find him the home he needs.

Centre Manager Diane Aitchison said, “Henry is a special boy who is seeking a peaceful home in the countryside as he is not keen on people or other animals.

“He is his own boss and although he is happy to tolerate us, he can act angrily at times.

“As Henry is really not comfortable around people, he is looking for a special person who will understand his personality and can let him do his own thing. He’d be ideally suited to a farm or rural type home where he can come and go as he pleases.

“It is heart-breaking to see Henry languishing in a cattery when he would love to be out exploring the countryside.

“Henry seems to have had a traumatic time in the past and we just hope there is someone out there who can offer him a second chance at happiness.”

Anyone who can offer Henry the home he needs is being asked to contact the Scottish SPCA’s Balerno centre on 03000 999 999.