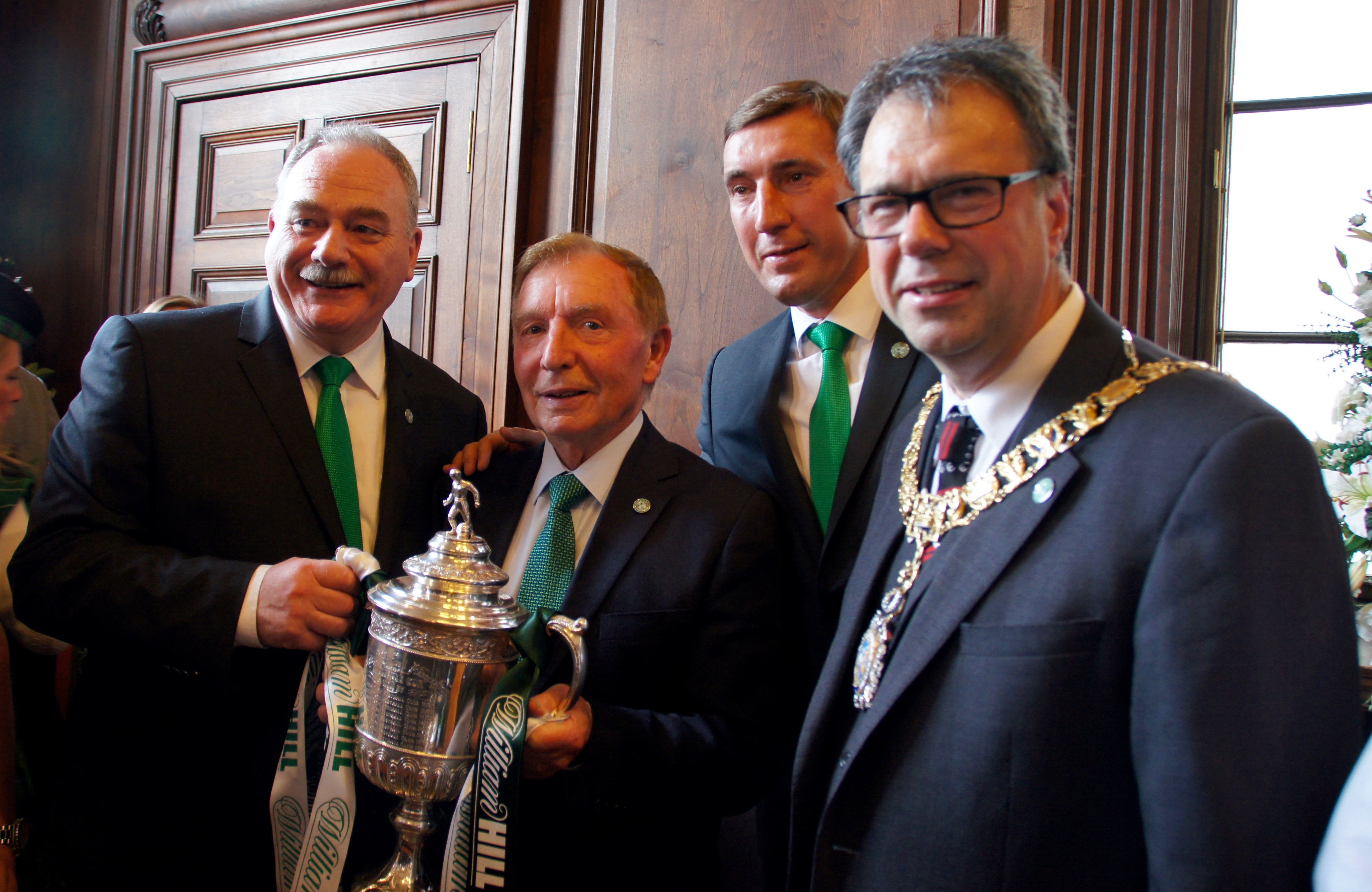 Hibernian Chairman Rod Petrie has reported a £200,000 profit following a momentous year for the club.

In his letter to shareholders accompanying the Club’s Financial Statements for season 2015-16, he reported that winning the William Hill Scottish Cup, getting to the final of the Scottish League Cup presented by Utilita, and making the play-offs in the Ladbrokes’s Championship meant that the Club was able to achieve a small profit – despite being a Premiership Club playing in the Championship.

And he shared the feelings of all supporters when he spoke of the emotions felt as the final whistle sounded at Hampden on May 21st and the 114-year wait finally came to an end:

“To say this was a momentous achievement for the Club is a massive understatement given the anxiety and emotions which had pent up over the decades since previous wins. That was evident on the day at Hampden Park.

Great joy and jubilation also was evident the next day as tens of thousands of Hibernian supporters witnessed the open top bus parade from the City Chambers to Leith Links. Who can look back on these events without a lump in their throat and a tear in their eye remembering all those who have gone before and who would have wished to share this achievement with us?”

While the Cup win was the undoubted highlight of the season, the figures demonstrate the importance of sporting success on a financial level:

-Turnover was up from £5.6 million the previous season to £7 million

-Staff cost were up from £3.4m to £3.8 million, partially as a result of taking the Club’s hospitality business in-house

-A net profit of £0.2 million was achieved, following two years of losses

The Club’s accounting reference date was changed to 30 June so that the financial year and the sporting calendar are now aligned given that the new format of the Betfred League Cup means that it will start in July each year.   That means the Financial Statements cover the eleven months to 30 June 2016, but it is worth noting that the result for the twelve months ended 31 July 2016 would also have been a small profit.

The Chairman said: “The Financial Statements show a robust financial position at 30 June 2016.  Tangible fixed assets (Easter Road Stadium and the Hibernian Training Centre) were £24.3m; Net Assets were £19.6m and the Club had cash balances of £2.5m. The Club has no external debt. The cash balance is required to fund the annual working capital cycle and the loss anticipated from being a Premiership Club in the Championship. Clearly that budgeted loss may be mitigated by further sporting success.”

He paid tribute to the part played by supporters: “The Board asked supporters to help fund sporting success through the Share Issue.   The Club received a total of £1.1m in cash from supporters subscribing for new shares between February 2015 and June 2016.   This undoubtedly contributed to the Club’s ability to maintain a squad of players and a management team capable of reaching two cup finals.   In doing that, the Club faced Aberdeen; Dundee United (twice); Heart of Midlothian; Inverness CT; Ross County; and St Johnstone from the Ladbrokes Premiership and overcame them all apart from Ross County at Hampden in March.

“At 30 June 2016 Hibernian supporters owned 31.8% of the Club (up from 18.2% at 31 July 2015).   23.6% was held directly by 2,400 supporter shareholders and 8.2% was held by Hibernian Supporters Limited on behalf of its members.   The success of the Share Issue is down to the commitment made by supporters to their Club.   The Board has used those funds, as it said it would, to help fund sporting ambition.   And that sporting ambition turned into sporting success.

“The sporting challenge now is promotion.   Everyone at the Club is focussed on that.   Almost 11,000 Hibernian supporters have bought Season Tickets for this Season.   The attendance at Easter Road Stadium for the first home league match of the Season against Dunfermline Athletic was more than 16,000.  These are big numbers.   The Club needs this continued level of support to help fund a promotion season.

“Thank you to everyone who has helped their Club by attending matches; buying a Season Ticket; subscribing for shares or helping Hibernian Supporters Limited subscribe for shares. Together we will succeed just as we all did at Hampden in May.”