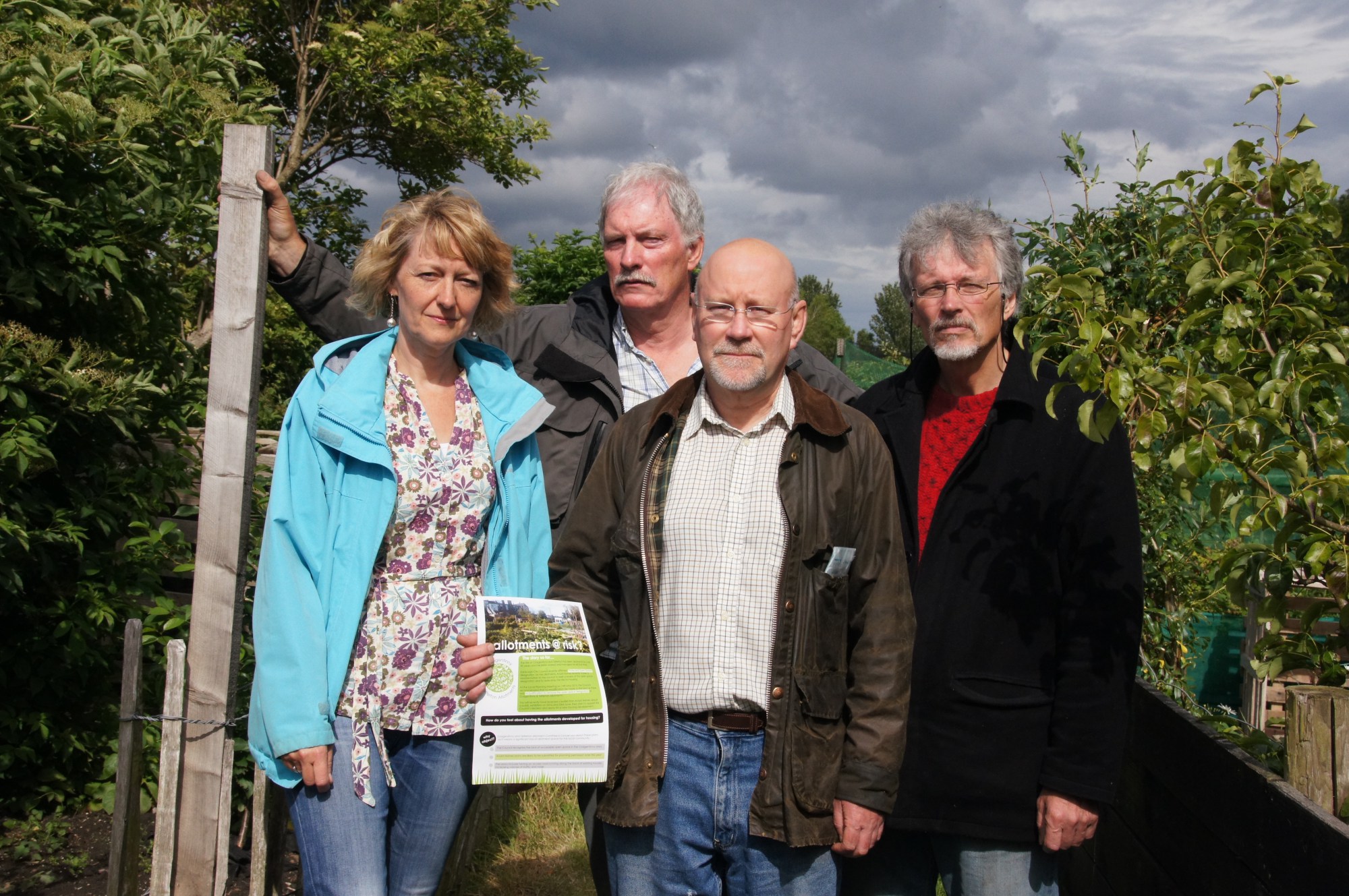 The Craigentinny-Telferton allotments have been given a reprieve following yesterday’s decision by the Scottish Government’s Reporter to throw out the landowner’s appeal to allow building on the land. The planning committee decided unanimously in April 2016 to refuse the application to ‘formalise’ the allotments and allow housebuilding on part of the site. The landowner, Avant Homes, then appealed that decision to the government’s Planning and Environmental Appeals Division who issued a written decision throwing out the appeal on 5 October 2016. The application to the council included affordable housing and retained some allotments within the site, but the land was designated as open space in the Local Development Plan drawn up by the council last year, which appears to have secured the future of the allotment site.

The allotments have had a chequered history, and this is the latest in a long line of decisions over their future. It seems that although Avant Homes own the site they will not be able to develop it as they had wished unless there is a legal reason why the decision should not stand. The campaigners have fought for their rights to remain, and one of the ways they have done this is by using social media, particularly Twitter, to their advantage.

The council owns and rents many of the allotments in Edinburgh, and in the case of one of the nearby sites in Findlay Gardens, the waiting list for a plot is now eight years. The council consultation on a strategy for allotments ends tomorrow, and you can have your say here.

Rachel Purnell one of the allotment holders and campaigners to save the site from development said : “We are still celebrating! We are pleased the Reporter recognised the value of the site to the community as allotments and green space. We understand that any further appeal would have to be on a point of law rather than challenging the planning decisions for refusal. We can now get back to growing!”

The area has been used as allotments since 1923 when a local rented land from Edinburgh Corporation Electricity Service and an allotment association was first constituted.