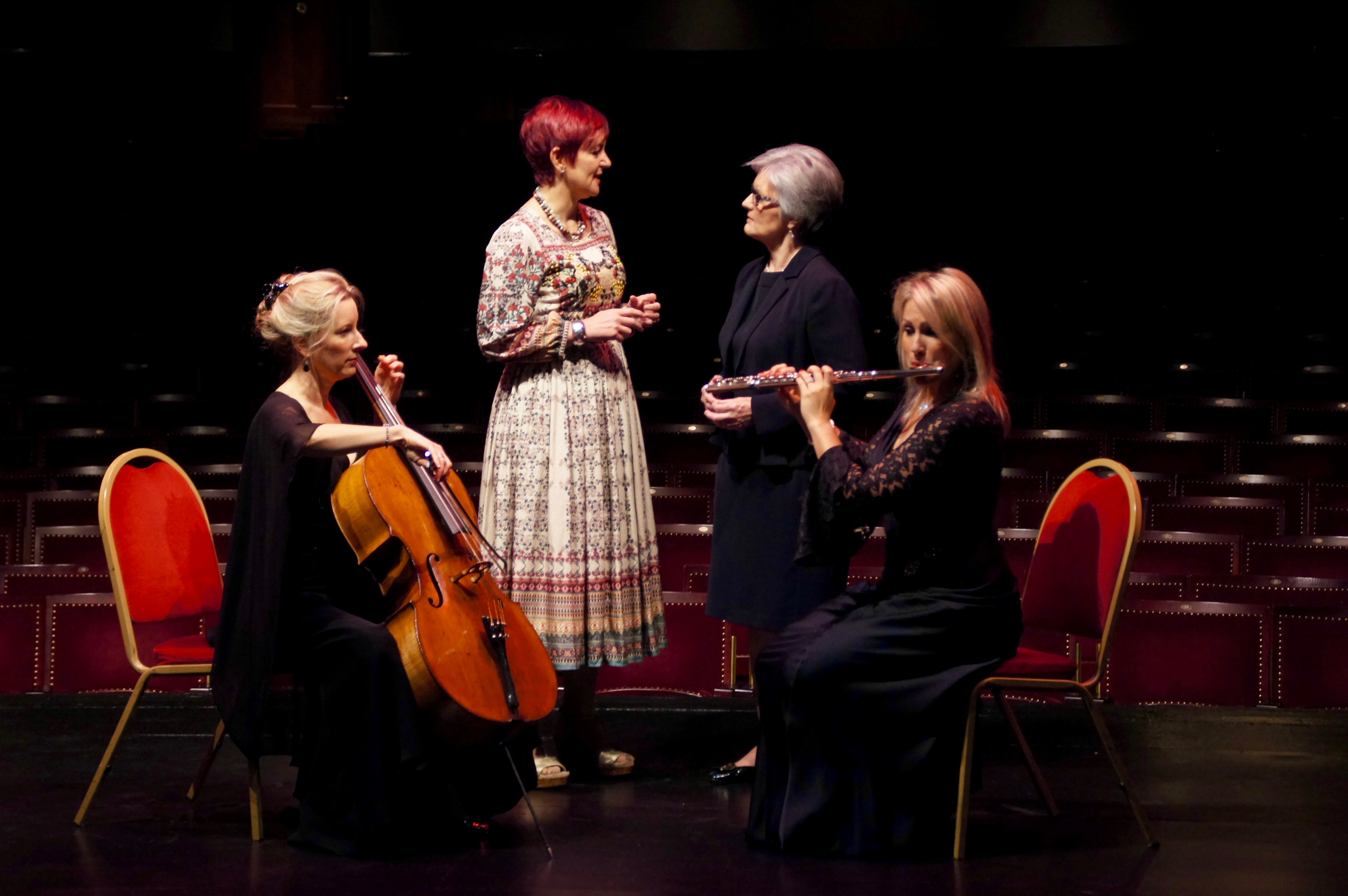 This morning at the King’s Theatre in Leven Street, the Chair of the RSNO, Dame Sue Bruce DBE and the Equalities Minister, Angela Constance, took to the stage to highlight that the government’s plans to promote equality have spread to the arts sector.

Two members of the orchestra principal flautist Katherine Brian and associate principal cellist Betsy Taylor were also on stage to provide a tuneful backdrop to the announcement that five of Scotland’s performance companies have signed up to the government’s Partnership for Change.

With this programme the government seeks to have a 50/50 gender split on public sector boards by 2020. The latest announcement means that 185 public bodies of all kinds have signed up to improve the gender balance on their boards since the initiative began last year.