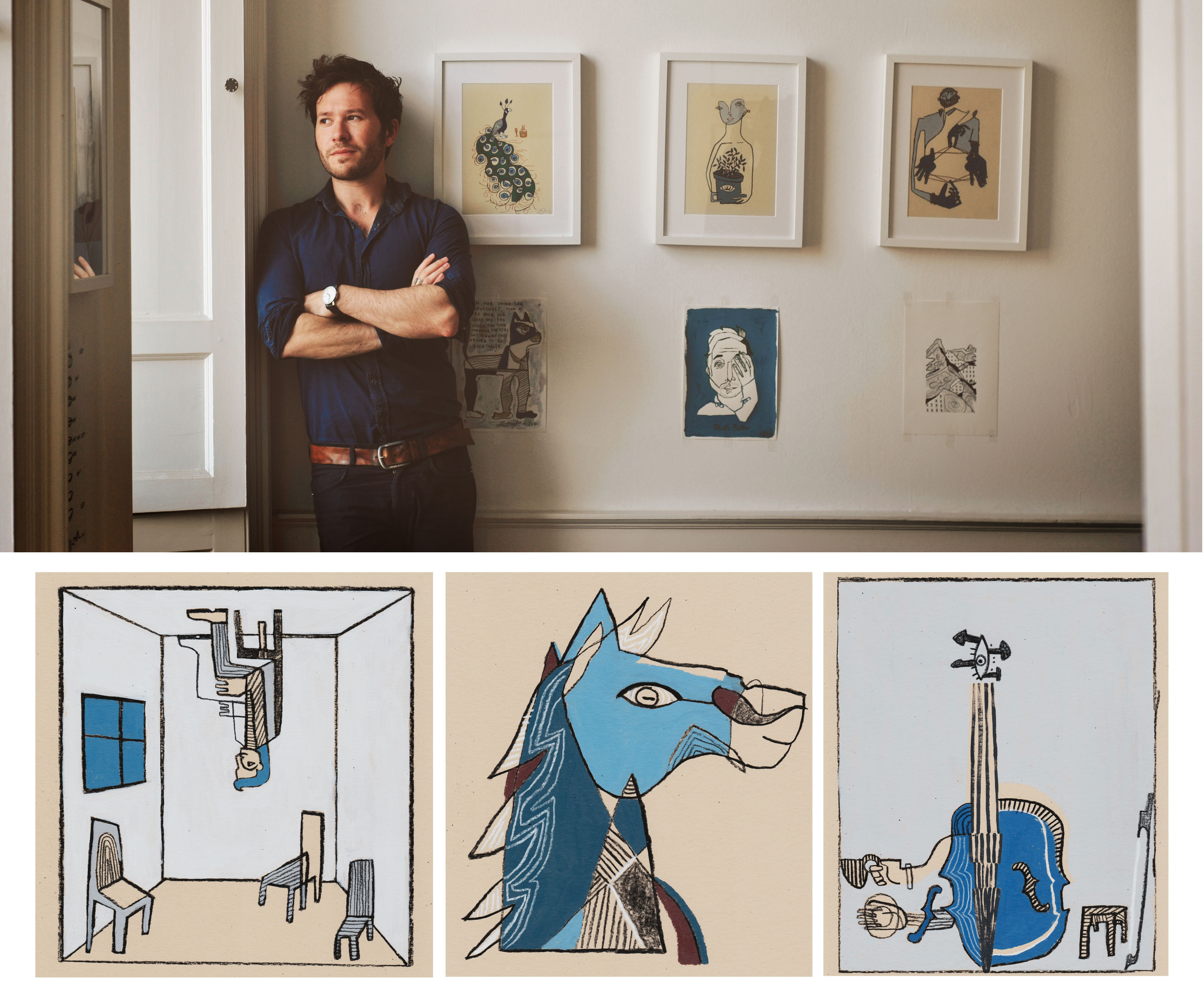 This month Edinburgh-based artist Gabriel Böhmer will contribute to a group exhibition at The Edinburgh Gallery.

Gabriel’s work features both text and illustration, and is inspired by fleeting thoughts.

He explained: “Since moving to Scotland in 2013 I’ve found new opportunities in the arts. So it seemed fitting to want to do something for the city.”  The artist used to work in management consulting in the United States, but while living in Buenos Aires he wrote and funded his novel ‘Beetle Days’ through Kickstarter, which inspired his career change. Since moving to Edinburgh he has worked full time as an artist, and also plays music locally with his band Ber.

While performing at music event Edinburgh Soup, which raises money for community projects, Gabriel became aware of Positive Help. The charity assists adults and children in Edinburgh and the Lothians affected by HIV and Hepatitis C. “I was inspired by their initiatives, and the whole experience with the Soup event was so positive that I always wanted to do something like it again,” Gabriel said.

Gabriel’s work at the Edinburgh Gallery will include pieces featured in his book of paintings ‘Tomorrow I’ll Go Outside,’ as well as entirely new paintings, and will run for three weeks. He has pledged to donate 20% of sales from this period to Positive Help to contribute to the charity and also hopefully raise awareness of their work.

Gabriel commented : “Having been at the event together, and spoken to them after, I felt a connection. So when the idea developed to give something back, I thought it really couldn’t get any better from a community perspective.”

Born in Zurich in 1984, Gabriel’s minimal charcoal and acrylic pieces feature often humorous, sometimes tragic, and generally unusual reflections. His work has recently been exhibited in association with Artfinder, featured at the Skepto International Film Festival, and in Dezeen magazine.

Founded in 1990, Positive Help is a Registered Scottish Charity SC 008382 providing vital practical support to adults and children living with and affected by HIV and Hepatitis C. Four projects work towards these aims – Supportive Transport provides lifts to medical and social care appointments and gives access to adequate nutrition; Home Support enables independent living; Befriending gives children and young people a positive adult role model to help them with their social and emotional development; and Study Buddies helps children who are falling behind at school to make the most of educational opportunities available to them.