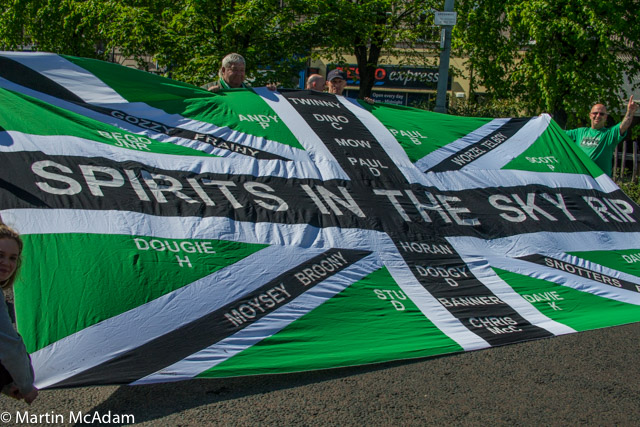 A strong Hibs’ side cruised into the fourth round of the Irn Bru Cup with a comfortable 3-0 victory over Highland League side Turriff United at The Haughs this afternoon.

The supporters travelled north wondering which players would start considering most of the squad attended Lewis Stevenson’s testimonial dinner in the capital last night.

Head Coach Neil Lennon gave several fringe players given the opportunity including Callum Crane and Fraser Murray who made their competitive debuts whilst the academy trio of Innes Murray, Kane O’Conner and Ali Smith were on the bench.

Hibs started brightly and almost took the lead in the opening minute when Kevin Main produced a superb save to deny Alex Harris.

Brian Graham then saw his header rebound off the crossbar before Murray opened the scoring after latching onto a Martin Boyle pass and firing the ball into the corner of the net.

Boyle, Harris, Crane and Graham all had chances as Hibs completely dominated the first period.

Hibs eventually wrapped things up near the end when Boyle collected a through ball from Harris before firing it over the diving Main to make the score 3-0.