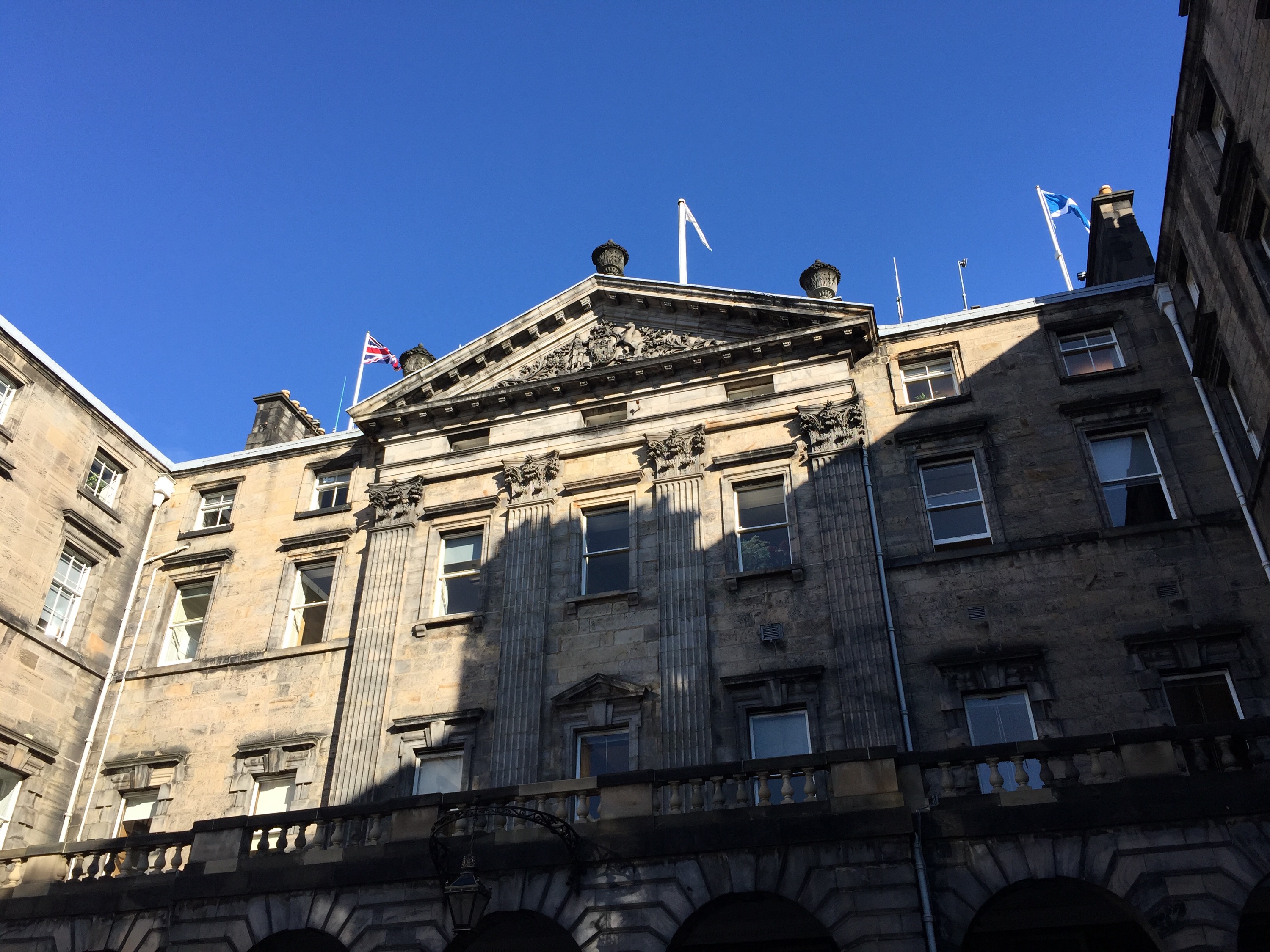 Today we want you to tell you about a few of the key points concerning the council’s finances some of which will be discussed at this morning’s Finance and Resources Committee. For the first time the council will get a mid term report from the Finance Convenor about how things are going right now.

Finance Convener Alasdair Rankin is the councillor in charge of the city’s finances, but it is Hugh Dunn who is the council officer charged with the responsibility of doing the sums with what they describe as a ‘flat or declining budget’.

Both men, when we met them last week, are convinced of one thing, that the budget when it is presented to the council in January will be balanced. That is actually a legal requirement so it comes as little surprise. What was a surprise was that the council managed to do a U-turn on their proposal to axe instrumental music tuition in schools across the city.

The cost of providing the lessons is in the order of £1.7m, but such was the pressure from parents and councillors that the Finance committee have had to find the money and make savings elsewhere.

You will be able to have your say tomorrow when the council opens its consultation on the way it delivers its services, and how it could do that better. More on that later today when the consultation goes live.

The City of Edinburgh Council has not actually borrowed any substantial new sums in the past four and a half years. It has instead reduced its borrowing by just over £100 million upon the sale of Atria One, the office block on Morrison Street which the council developed itself. With blue chip tenants like the Law Society of Scotland and the UK Green Investment Bank it was snapped up on sale by a German company who already own the Scottish Widows building close by.

The sale to Deka Immobilien for £105,ooo was announced in April this year.

Councillor Gavin Barrie, Edinburgh’s Economy Convener, said at the time: “I’m delighted that we have concluded the sale of Atria. This is a further endorsement of the Council’s decision to create an innovative funding package to develop much needed Grade A office space in the city to attract new, and retain existing, businesses in the Capital while also cross-subsidising the cost of an expansion to the Edinburgh International Conference Centre (EICC).

“The fact that we have been able to attract investment into Edinburgh from a major overseas real estate company is testament to the quality of the building and its occupiers.

“Our plan was always to sell Atria once the development was completed and the economic conditions were right to achieve the best possible return for the Council’s investment and I believe we have achieved this.”

Proceeds from the sale will be used to support the Council’s improving debt position and repay the monies borrowed to facilitate the development. The sale will bolster the Council’s Strategic Development Fund which was set up in 2013 to help create new development opportunities, support business innovation, deliver jobs and promote economic growth in Edinburgh, and help deliver the Council’s Transformation Programme.

This is the scheme by which the council’s staff will be reduced and costs cut with a reorganisation of the way the council works. The services will now be provided by four localities instead of centrally with large departments.

Councillor Rankin said that the council’s Transformation Programme means that the council will become a ‘leaner and more affordable organisation’. The numbers of positions or jobs which would be lost were quoted at the beginning of the process. It was said at that time that around 2,000 jobs would probably go.

This does not mean that 2,000 people will become redundant or will take early retirement, but it does mean that where possible anyone moving on from the organisation will not be replaced.

At this point around 700 people have made arrangements to leave the council, and more reviews are still being carried out with members of staff. This may well lead to more people leaving.

The simple fact is that the council must reorganise as it cannot afford to continue in its present form. The localities model will deliver services nearer to where they have to be delivered, and the hope is that this will make better use of funding.

SAVINGS
In 2012 the council was faced with saving £160 million from its revenue budget and the Finance Convener says it has been ‘quite an achievement to balance the budget and maintain services’.

The Autumn Statement from the UK Government will affect the council and they say that they have to work hard at anticipating the steps they will have to make all of the time, but particularly after an announcement such as this.

They also have to provide for a changing demographic which means that an extra £6 million is needed for social services both for the increased number of elderly people and also younger people with social care needs.

Across council staff there is expected to be a 1% pay award in the next year.

Even after all the savings, last year the council delivered a surplus of £800,000 and out of that it spent over half on conducting surveys of buildings which were of similar construction model to the PPPI schools closed as a result of defective construction. This was not covered by the council’s contract with Edinburgh Schools Partnership which we are told by the council will cover all other consequent costs such as hiring buses to transport pupils to other schools during the closures last term.

There is an independent inquiry into the 17 schools closed earlier this year under the chairmanship of John Cole.

Waste whether domestic or trade has been a problem for the council all summer long. In fact since the size of bins were changed and the council stopped collecting trade waste the streets have been littered with bags of rubbish.

The council admits that there have been 58,000 complaints about its waste service collection, but it says that it is actually a really small number in the scheme of things. It equates to 0.2% of all the waste collections made in the city. However if one complaint is made by one person (and we admit that is unlikely but bear with us….) then the number of people who have complained is equal to about 10% of the city’s population.

The budget and general spending relate to the revenue budget but what about the council’s capital spending on large projects? The maintenance of roads and footpaths will have to continue of course but the council also have their eye on bigger matters.

We were told that there are four capital projects which the council would like to prioritise in the next year: the replacement of South Morningside Primary School, a new Dumbryden Care Home, funding to develop the ailing Meadowbank Sports Centre and the refurbishment of North Bridge which apparently requires some attention.

In 2016/17 the council needs to make savings of about £73 million, but we were told that they have already made plans for these, and so is confident of meeting its savings targets.