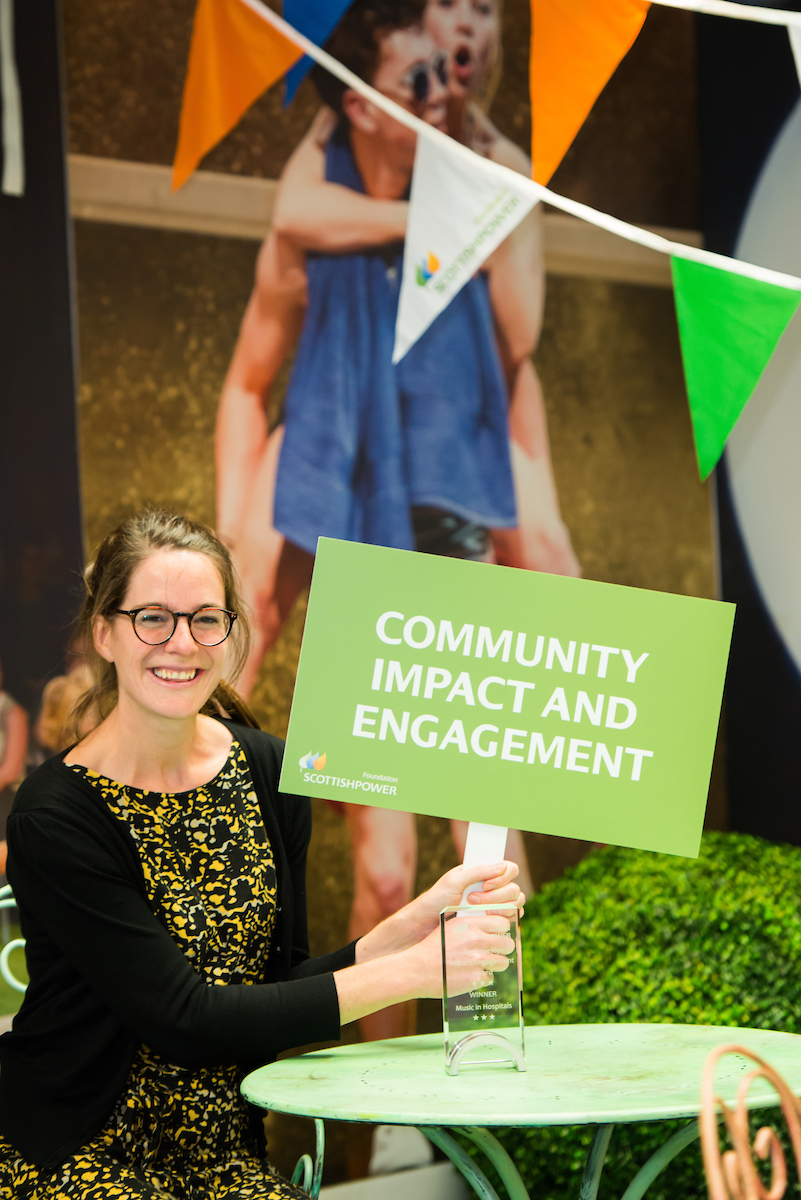 Two charities have won awards totally £12,500 in recent national awards made by the ScottishPower Foundation.

One is a music charity which offers free, live musical concerts to people living in care and the other is an organisation set up by young people to fight climate change.

This year, with the support of the Foundation, Music in Hospitals launched its Magic Moments initiative which is enabling over 100 live concerts across the UK, aimed at reaching people living in healthcare settings to improve their quality of life. 2050 Youth Scotland Climate Change Group has been recognised on a national and international stage for its innovation and new approach to addressing the challenge of transitioning to a low carbon society.

Ann Loughrey, Trustee and Executive Officer of the ScottishPower Foundation, said at the awards ceremony held at Theatr Clwyd in Mold, Flintshire: “Music in Hospitals makes such a positive impact in local communities and it’s been a fantastic to be able to support the charity this year. The 2050 Youth Scotland Climate Change Group is a shining example of young minds working to protect our environment. Every year we work with truly inspirational projects and it’s great to see the different they all make.”

The Foundation has donated over £1M to charities across the UK this year. The Awards ceremony celebrated the 21 projects which it has funded in 2016. There were four categories and £30,000 was awarded in total to charitable projects the length and breadth of the UK.

The ScottishPower Foundation established in 2013 supports charitable projects and reinforces the energy company’s commitment to charitable work throughout Britain.

The Foundation provides funds to support charitable initiatives that promote the advancement of education, environmental protection, citizenship and community development, arts, culture and science, as well as the prevention of poverty or disadvantage. Its aim is to make a significant and lasting contribution to society and enhance the quality of life in local communities.